Wall Street’s main indexes were set to open higher on Thursday, with the tech-heavy Nasdaq rebounding, after data showed fewer Americans filed for weekly jobless claims, while investors shrugged off a surge in producer prices.

The Labor Department’s data showed U.S. producer prices rose 0.6% last month, higher than expected, after a gain of 1% in March. A separate report indicated claims for U.S. unemployment benefits were below 500,000 in the latest week, for the third time in a row.

A surge in commodity prices, labor shortage and much stronger-than-expected consumer prices data this week have stoked inflation concerns that could force the U.S. Federal Reserve to raise interest rates, despite its reassurances that the rise in prices to be temporary.

“All of this comes down to the fact that the market believes that the Fed is going to have to do something sooner than anticipated,” said Victoria Fernandez, chief market strategist at Cross mark.

“Perhaps we’re not in a situation where market has come down and we’re going to stay there for an extended period of time. We’re in a more volatile time period where we could see swings one way or the other.”

Losses this week have pulled the S&P 500 4% off its record closing high on Friday, while the tech-heavy Nasdaq is about 8% below its April 29 all-time high. 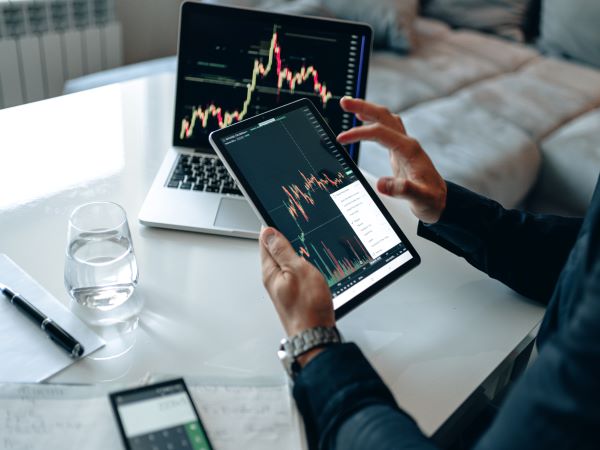 The inflation talk has increased focus on economic data, with attention turning to retail sales and industrial production reports on Friday.

The CBOE volatility index, a measure of investor anxiety, retreated to 25.24 points after hitting its highest levels in more than two months.

Shares in oil major Exxon Mobil and copper miner Freeport-McMoRan dropped, tracking a fall in commodity prices, while lenders, including Bank of America and Goldman Sachs fell 0.3% and 0.4% in premarket trading.

Dating app owner Bumble Inc slipped 0.1% despite forecasting current-quarter revenue above estimates. The stock has shed about 19% of its value in the past three sessions.

Walt Disney’s shares gained 0.5% ahead of its second-quarter results due after the closing bell.

Boeing Co rose 0.2% after the U.S. plane maker won approval from U.S. regulators for a fix of an electrical grounding issue that had affected about 100 737 MAX airplanes.

(Reporting by Medha Singh and Sruthi Shankar in Bengaluru; Editing by Maju Samuel)

LATEST
Bitcoin climbs near 40,000 dollars after Musk says Tesla could use it again
GameStop lures Amazon talent with grand plans and no frills
The crypto-space needs more regulation to grow and help investors
S&P 500 stocks at all time high as long term inflation jitters fade
Is it time to buy Air Canada stock?
Google dangles paid upgrade to businesses using Gmail addresses
MOST READ
usa Filipino worker’s death now under investigation in Alberta
usa What does the NBA title mean to Utah Jazz and Filipinos?
usa Is it time to buy Air Canada stock?
usa AstraZeneca shows good risk-benefits for those over 60s
usa How to record your screen – for phone and desktop
usa Natural weight loss tips and tricks to try
usa Lin-Manuel Miranda on “In the Heights,” Filipinos,  immigration, “Hamilton”