The Nasdaq index fell more than 2% on Tuesday as steep declines in megacap growth stocks led Wall Street below record trading levels, with investors seeking shelter in more defensive parts of the market.

All of the 11 major S&P 500 sectors fell in early trading, with technology, communication services and consumer discretionary falling more than 1.5% each.

“When you’re at all-time highs and the market pulls back, the ones that tend to lead to the downside are often the high-beta stocks such as technology,” said Randy Frederick, vice president of trading and derivatives for Charles Schwab in Austin, Texas.

“When we have pauses or pull backs people tend to move out of growth stocks into more defensive names.”

Copious stimulus measures, speedy vaccination drives and the Federal Reserve’s accommodative policy stance have spurred a strong rebound in the U.S. economy and pushed Wall Street to record highs this year. The so-called “pandemic winners”, however, have recently started to fall out of favor. 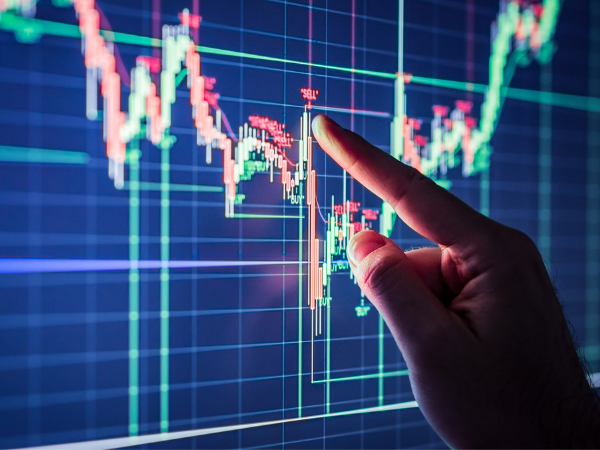 U.S. and European stock markets also saw a sudden 0.5% drop in hefty volumes around 7:30 a.m. ET on Tuesday, leaving traders scratching their heads and one calling it a “micro flash crash”.

Among other stocks, CVS Health Corp gained 2.8% on reporting a first-quarter profit above analysts’ estimates and raising its 2021 profit forecast.

What to Know About Online Trading

Robinhood App – What to Know

First-quarter earnings have been largely upbeat. Average profits at S&P 500 companies are expected to have risen 46% in the quarter, compared with forecasts of a 24% growth at the start of April, according to IBES data from Refinitiv.

Investors also waiting for data through the week, including the Labor Department’s non-farm payrolls data, slated to be released on Friday. The report is expected to show a rise in job additions in April.

The S&P index recorded 42 new 52-week highs and no new low, while the Nasdaq recorded 45 new highs and 59 new lows.

(Reporting by Shreyashi Sanyal and Sruthi Shankar in Bengaluru; Editing by Saumyadeb Chakrabarty and Shounak Dasgupta)

LATEST
Concepcion: Consider vaccine passes once herd immunity is achieved
Average new COVID-19 cases daily in NCR down 30%
Chinese spacecraft successfully lands on surface of Mars
Pagasa: Brace for hot Saturday weather
Late Lakers great Bryant remembered on eve of Hall of Fame induction
MOST READ
usa Canada halts Filipino front-line worker’s deportation after public outcry
usa Disneyland vs Disney World – which one is worth it?
usa Best Prime movies on Amazon
usa What are Polkadot coins? Should it have a spot in your portfolio?
usa Common problems in applying for U.S. citizenship
usa Kim Kardashian shows off her figure and platinum blonde hair
usa Can young lawyer be Fil-Canadians’ next Member of Parliament?