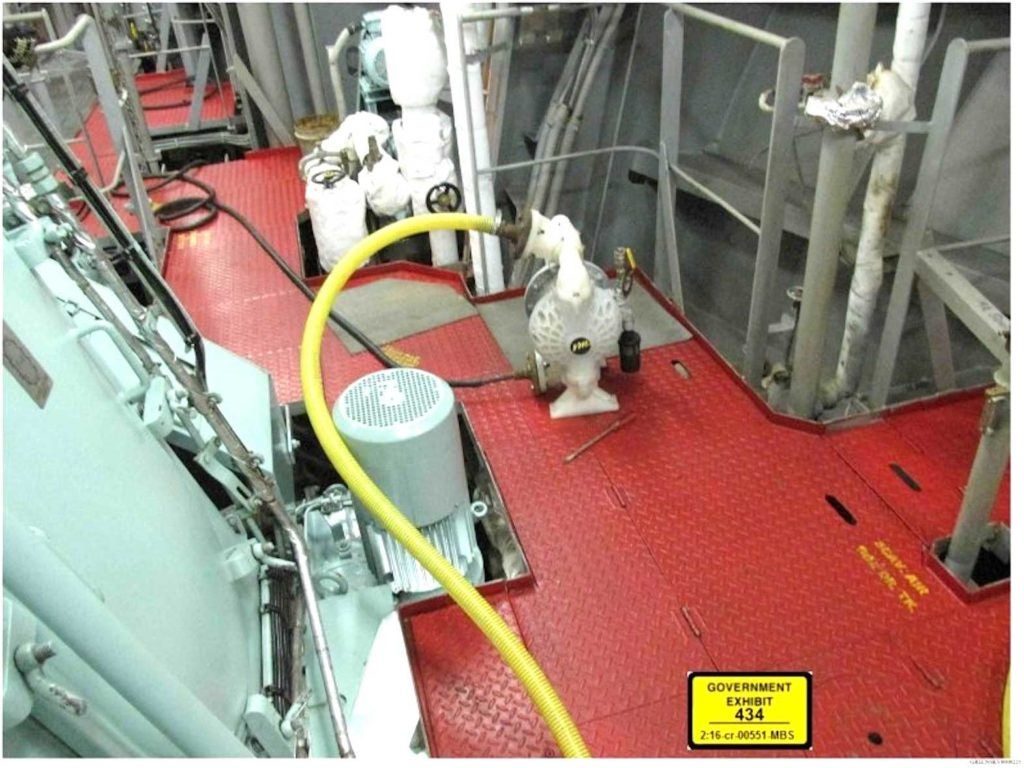 Gilbert Fajardo Dela Cruz, 38, was a first engineer of the 16,000-ton oil tanker Zao Galaxy, which docked at the Richmond, California port in February 2019 after sailing from the Philippines.

Unix Line PTE of Singapore, the ship’s operator, was fined $1.65 million after pleading guilty to a pollution charge last year.

Tankers are required to remove most of the oil from their bilges before discharging the remaining fluid into ocean waters. They normally use an oily water separator to remove oil and other wastes before storing them for disposal at onshore sites for a fee.

Prosecutors said Dela Cruz ordered crew members to use a what is known in the industry as a “magic pipe” to bypass the ship’s oil waste separator and dump bilge to sea waters directly from the tanker.

A whistle-blower reported that Dela Cruz ordered the crew to dump waste at night. Dela Cruz claimed innocence, but after a two-week trial, a federal jury in Oakland convicted him Tuesday of violating an anti-pollution law and two counts of obstructing justice.  He is free on bail and will be sentenced June 11.

His defense lawyer Brian Getz said, “Gilbert Dela Cruz has been at sea 18 years with a stellar record of service. Ten days into this voyage, circumstances conspired to ruin his career. He is a good man who has never harmed anyone in his life.”

MOST READ
usa Monkeypox: Should the world be concerned?
usa The latest on the tragic Texas school shooting that left 19 children, 2 adults dead
usa Top 10 Richest Companies in the World as of 2022
usa Fil-Am graduates with 7 trade certificates from San Diego college
usa Ethereum co-founder warns of crypto crash – ‘Pay more attention’
usa Quo Vadis, Philippines: Part II
usa California to pay college students for community service
DID YOU KNOW?
The Best Kindle of 2022: Which one should you buy?
A Beginner’s Guide to Buying a Vacuum Cleaner in 2022
Island Hopping in Tulum: The 12 Best All-Inclusive Tulum Resorts
How to Dispute a Debt and Win | Simple Tactics
The 12 Best Lat Exercises for Muscle Growth
Countdown to summer: tips for learning how to surf