Does your compensation plan pay for all hours worked?

Does your compensation plan pay for all hours worked? 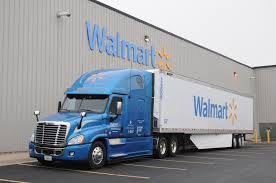 A class action lawsuit claimed that Was-Mart did not pay drivers for non-driving hours worked, such as refueling, layovers, etc.

Richard Brown and Charles Ridgeway worked for Wal-Mart Stores Inc. as truck drivers in California. Wal-Mart paid them per miles driven and per activity (drivers had to input pay codes for certain activities) rather than hours worked. The drivers sued Wal-Mart in a class action claiming that Wal-Mart’s compensation plan violated California law because drivers ended up not being paid for all hours worked because several tasks they routinely performed had no associated activity code.

The drivers claimed that they were not paid for non-driving activities such as pre- and post-trip inspections, layovers, fueling, completing paperwork, washing trucks, weighing the trucks’ load, waiting at vendor and store locations, and performing adjustments.

During the proceedings, the trial court judge ruled in favor of the drivers stating that Wal-Mart violated California law for not paying its truck drivers at least the minimum wage for all work performed.  Employers are not allowed to “build in” time spent on non-driving activities into a piece-rate compensation system. Instead, they must pay employees for each hour worked.

The court also held that Wal-Mart was required to pay the drivers the minimum wage for time spent on layovers. Wal-Mart had argued that the drivers were not subject to their control during their layovers. However, drivers presented evidence that Wal-Mart prohibited its employees from spending the layovers at home, and limited the places where drivers can do layovers. The court reasoned that because Wal-Mart drivers were required to stay with their trucks and could not simply spend the layover wherever they wanted, they remained under Wal-Mart’s control during layovers, and therefore had to be paid the minimum wage for each hour they spent on a layover.

The court then turned over to the jury the decision of how much damages should be awarded to the drivers. The jury found that Wal-Mart paid drivers less than the minimum wage for performing 4 out of 11 tasks which included: performing pre- and post-trip inspections, taking 10-minute rest breaks and taking 10-hour layovers. It awarded over $54 million in damages.

The jury did not find that activities such as washing trucks, fueling, weighing the trucks’ load, waiting at vendor and store locations, performing adjustments, or complying with U.S. Department of Transportation inspections should be separately compensated.

In post-trial proceedings, the court also awarded the drivers additional damages of $5,861,147.00 for “restitution” under California’s unfair competition law. Wal-Mart has since abolished the compensation plan which caused the lawsuit.

Employees may be paid on various compensation plans, such as by piece-rate, by commission, by mileage, etc. However, such plans must ensure that employees are paid no less than the minimum wage and, when necessary, overtime pay, for all hours worked. If an employee spends time doing other work-related activities not covered by the plan (such as pick-up or clean-up activities, or attending compulsory work meetings), the time spent doing this are considered hours worked, and must be paid at least the minimum wage (or an agreed hourly rate, if any).