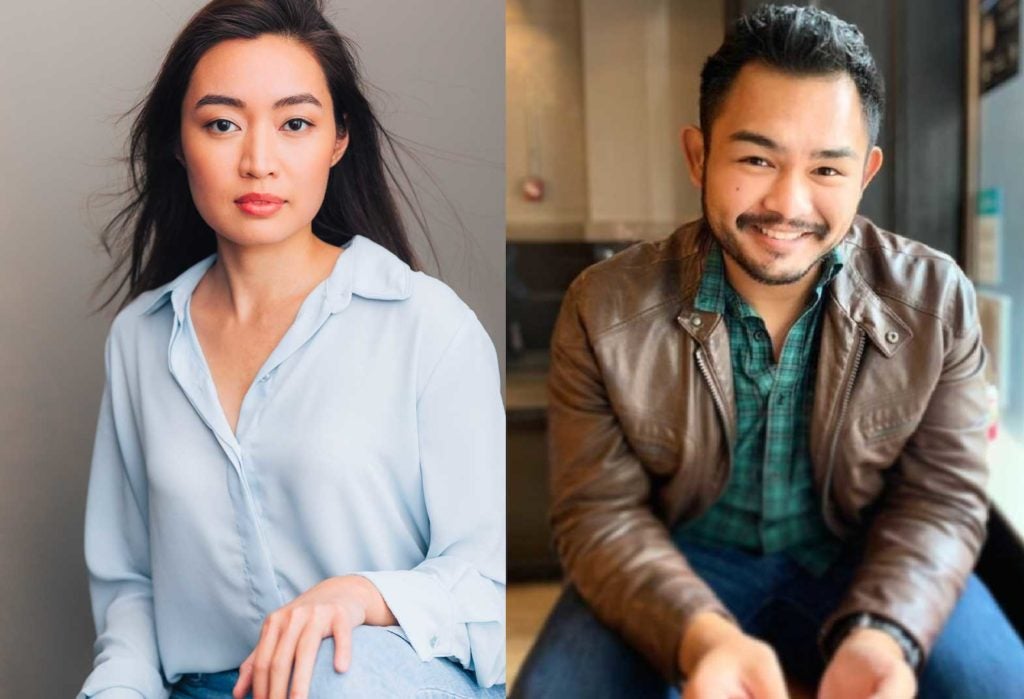 NEW YORK — Filipino American theater artists Regina de Vera and Gaven Trinidad are mulling the lasting effects of Spanish, Japanese, and American imperialism “on contemporary Pilipino identity and what it means to be Pilipino/Filipinx today.”

In “Sa Aming Puso / In Our Hearts,” De Vera will perform excerpts from three plays by Trinidad at the upcoming Global Forms Theater Festival.

Organized by Rattlestick Playwrights Theater, the festival celebrates the work of international and immigrant theater artists living in the United States and abroad.

Presented in English and Tagalog, the piece will explore “belonging, citizenship, decolonization, and the continuous search for what unites all people of Pilipino descent.”

In addition, “Sa Aming Puso / In Our Hearts” serves as a precursor to “Ma’am Lys,” Trinidad’s Filipino language adaptation of the ancient Greek antiwar farce “Lysistrata.”

His version, which has been commissioned by theater group The Song Collective, is inspired by the 2011 sex strike of the women’s sewing cooperative of Dado Village in Mindanao, which ended insurgent violence in less than a week.

Trinidad is a native of New York whose directing credits include “Joker” (National Queer Theatre), “Are You There Truman?” (Pride Plays and  Rattlestick Playwrights Theatre). He has worked at Musical Theatre Factory, Jacob’s Pillow Dance Festival, and National Queer Theater.

The Mindanao incident sparked Trinidad’s memories of the women in his own family. “The women’s sewing collective had rows of antique Singer sewing machines; my lola also had one.  As a young person, I was deeply moved and inspired by the feminist and community work of my tita Theresa Balayon, former executive officer of the Philippine’s Women’s Crisis Center. It influenced me in my own community and social justice work through the performing arts.

“Propelled by these two forces, I always had a Pilipino Lysistrata brewing in the back of my head.” He had been working on the translation and adaptation when he met the actress he wanted to play the part.

While he was working at The Juilliard School, De Vera was completing her MFA in Acting there under the Raul Julia Memorial Scholarship in Drama and the Juilliard Career Advancement Fellowship. A native of Manila, she recently played the lead in Steve Martin’s “The Underpants” at The Old Globe Theatre in San Diego.

“By sharing excerpts and our historical research, I hope to be engaged with Pinoys from all over the world,” he says. “Through this dialogue, we can further develop ‘Ma’am Lys’ with depth, nuance, and comedy that I hope resonates for any Pinoy theatregoer.”

Trinidad shares that one of his biggest insecurities growing up was being “considered Pilipino” by the community. “As a moreno queer Fil-Am theater maker, I already feel ostracized by certain Pinoy circles; my Americanness in particular made me illegible by some of my own family.”

These questions led him into “deep dives into issues that I later realized also affected many [in] the Pilipino diaspora: toxicity of Pinoy masculinity, discrimination driven by colorism, and the lasting devastating psychological effects of colonialism.

“With these in mind, I wondered what connected me to Pinoys throughout the world and what were the connections that made us Pilipino. These are the underlying questions that I hope to ask in our exploration. Regina and I do not have answers.

“What I hope is that we start a larger dialogue that fuels and gives nuance to the issues that are in my adaptation of ‘Lysistrata.’ It’s certainly going to be funny, but I want to create a theatrical ritual that heals and bonds the many disparate identities in the Pilipino diaspora.”

LATEST
Concepcion: Consider vaccine passes once herd immunity is achieved
Average new COVID-19 cases daily in NCR down 30%
Chinese spacecraft successfully lands on surface of Mars
Pagasa: Brace for hot Saturday weather
Late Lakers great Bryant remembered on eve of Hall of Fame induction
MOST READ
usa Canada halts Filipino front-line worker’s deportation after public outcry
usa Disneyland vs Disney World – which one is worth it?
usa Best Prime movies on Amazon
usa What are Polkadot coins? Should it have a spot in your portfolio?
usa Common problems in applying for U.S. citizenship
usa Kim Kardashian shows off her figure and platinum blonde hair
usa Can young lawyer be Fil-Canadians’ next Member of Parliament?