Nightmare: Poem of a death foretold

Nightmare: Poem of a death foretold 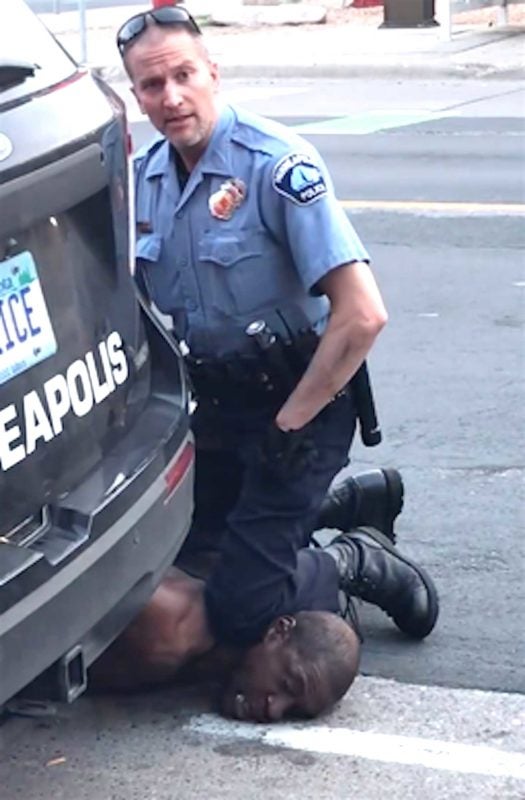 Derek Chauvin with his knee on George Floyd’s neck. WIKIPEDIA

NEW YORK—Bangungot is a Tagalog word that is usually translated into English as “nightmare.” While that may be correct, the English doesn’t quite convey the full flavor of what the term actually means. It is indeed a nightmare, but of a peculiar sort.

According to Filipino folklore, the man having it (and apparently bangungot afflicts only males) can wind up asphyxiated, and so his sleep turns eternal. In this type of nightmare a malevolent figure, grossly overweight, sits on the chest or head of the victim, and gradually cuts off the person’s intake of air, until finally, with no air being taken in and his last breath expelled, the man dies.

Supposedly, this is known from those who manage to wake up before the climax of this terrifying ordeal. To survive, the big toe has to be pulled, or the hand needs to move, and the person gets up, gasping for air, scared out of his wits but glad to be alive.

Every spring semester as part of my course on Filipino Language and Culture at New York University, I include the Tagalog poems of Jose F. Lacaba, a friend since our days at the Ateneo de Manila University. Pete, as he is familiarly known, is one of the country’s premier poets, who has written on a wide range of subjects, particularly on social and political matters. He was also for a time a political prisoner during the period of martial law under the late, unlamented dictator Ferdinand E. Marcos. (His younger brother Emmanuel Lacaba was a poet as well and had joined the New People’s Army in the 1970s. Captured and disarmed, he was executed gangland style by a military patrol deep in a MIndanao forest.)

The text I use is Pete’s Mga kagila-gilalas na Pakikipagsapalaran: Mga tulang nahalungkat sa bukbuking baul or Truly Amazing Adventures: Poems Retrieved from a Battered Chest. Recently, my class and I were reading “Bangungot,” and as we were doing so, it hit me that the lines so vividly describing the speaker’s nightmare, where he grapples with Death choking him, encapsulated perfectly the manner in which George Floyd, unable to breathe, gives up the ghost, but not before uttering his last words, “I can’t breathe”—echoing what Eric Garner uttered in 2014, when he too was killed by a New York City cop. “I can’t breathe” has become the rallying cry for all who protest these senseless killings.

In a larger context, “I can’t breathe” speaks to the lack of voice for the marginalized, the poor, the disenfranchised, the undocumented.

Like multitudes across the country, and I daresay around the world, I have been following closely the trial of the white former Minneapolis police officer Derek Chauvin who faces charges of murder. Who, having seen the video of that terrible scene last May, can ever forget that knee on Floyd’s neck, his body prone on the cold asphalt, his hands handcuffed behind his back?

There is no way he can move his hands freely, or touch his big toe. His breathing slows down and slows down until he expires. To ex-pire, is to let the air out, to let the life out, to perish, to disappear in plain sight, to give up the ghost, to never come back, to never draw breath again; to never be in-spired.

These are the lines in Lacaba’s “Bangungot” that caused a sharp intake in my breath:

you are seated on my breath

the flow of air from

my mouth is slowing down

I need to shout

I need to move

one of my hands

I need to wake up

rise up, I need to

TURN ON THE LIGHT!

Lacaba portrays Death as having not quite a human appearance, with ten fingers spread wide and reaching towards the speaker in the poem. Death in Floyd’s case appears in the form of Chauvin, his gaze directed not at the black body underneath him but straight at the camera recording him, that knee steady for more than nine minutes. Chauvin is unflinching, defiant, even proud, as though this were all in a day’s work.

The bystanders are shocked, angry, helpless, in disbelief, for what they are witnessing is a bangungot happening right in front of their eyes.

It is the death most foul of a Black man, delivered in the time-honored tradition of this country—by a white man. Copyright L.H. Francia 2021