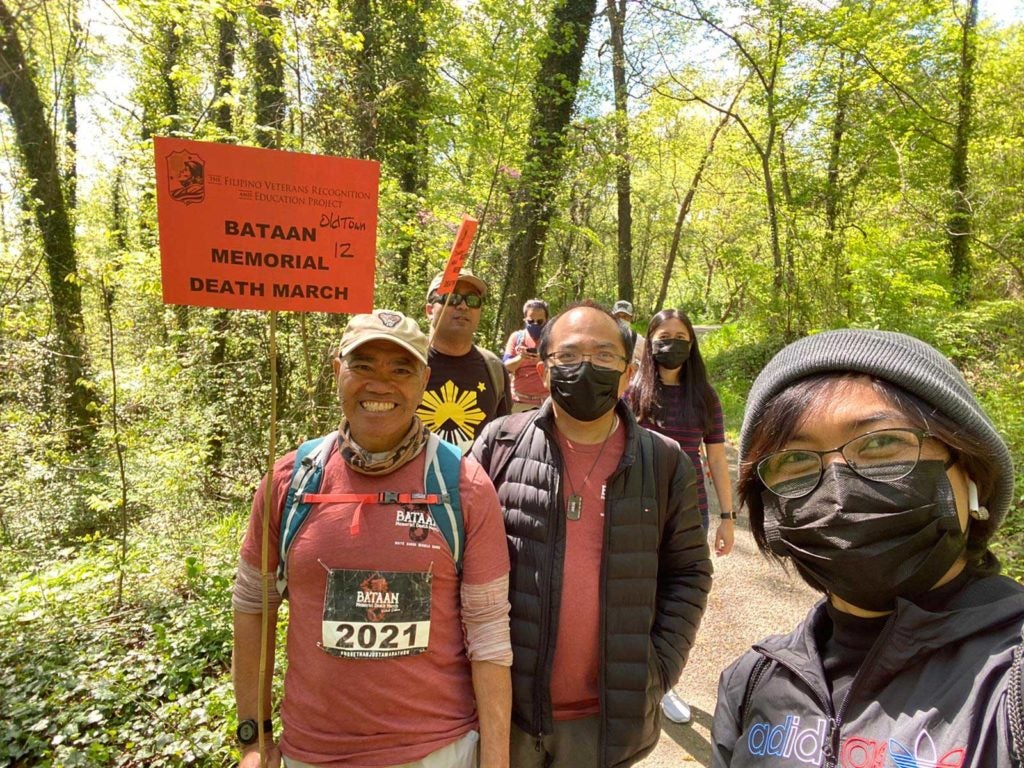 Philippine Embassy and FilVetREP representatives walk together in honor of those who suffered in the Bataan Death March. CONTRIBUTED

WASHINGTON, D.C.— The 2021 virtual edition of the Bataan Memorial Death March honored the bravery and heroism of Filipino and American soldiers those who suffered through the Bataan Death March 79 years ago.”

The COVID-19 pandemic has made the annual commemoration of the Bataan Death March, normally taking place in New Mexico,  a virtual event and so anyone could do it, anywhere, and any time between 9 and 18 April 2021.

In the greater Washington, DC area the memorial march took place on a 14.2 mile route on the Mount Vernon Hiking and Biking Trail along the Potomac River.

“It was truly an honor for us who serve in the frontlines of Philippine diplomacy to take each and every step today in remembering and celebrating all those who sacrificed so much for our freedom during World War II,” Consul General Chan-Gonzaga said after the event.

“It was an honor and privilege to march with the Philippine Embassy contingent. The ‘salubong’ with the local Filipino-American team was symbolic on many levels. The ties between the United States and the Philippines are strong, and will always be owing to dedicated professionals assigned at the Embassy here in the Nation’s capital,” Director Sonny Busa also said in a statement on Facebook after the event.

Donors sponsored a specific number of miles walked by the marching team. All donations will go to the FilVetREP in support of its efforts to continue raising awareness and obtaining national recognition of the wartime services of Filipino World War II soldiers to the United States and the Philippines.