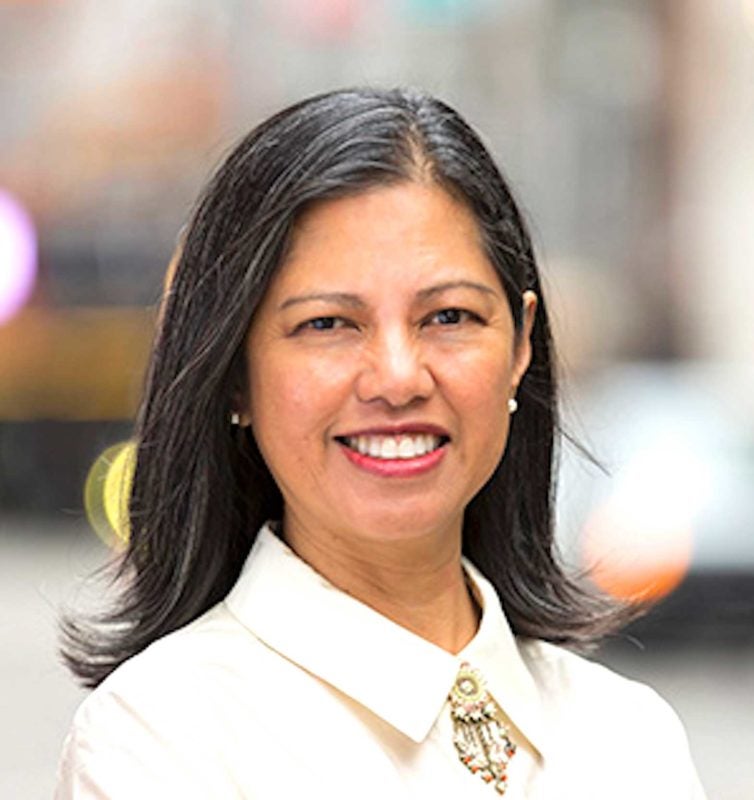 BOSTON — Filipino American playwright Hortense Gerardo is on a roll with several different short plays all coming to production in the months to come.

All four pieces, each 10 minutes long, were commissioned by different theater groups.

“The challenges of distilling a story into 10 minutes is that you have to flesh out fully realized characters in a heightened moment in time, in an economical way, that will deliver a gut punch,” says Gerardo.

“I love the challenge of these restrictions because they force me to arrive at a truth, but ideally in a way that affects the audience in retrospect, in a way that lingers in the memory beyond the world of those 10 minutes.

Instead of being limited by the time constraint, Gerardo sees it as an invitation to stay with audiences for far longer.

“I love when I write a script that, after only 10 minutes, has the audience discussing it for far longer than the duration of the play itself. This, for me, is part of the addictive quality of being a playwright. I can never get enough of that feeling—and actually seeing—that a person was moved by something I wrote.”

Coming up first in the 23rd Annual Boston Theatre Marathon on April 24 is her 10-minute play “Scentsation,” staged by Umbrella Stage Theater.

When Filipino medical doctor Lily learns that her recent ex-partner will be her patient at the walk-in clinic, she conducts a “scentsational” test to help Pino recover more than their lost sense of smell.

“This is a romantic black comedy.  It’s about yearning, regret and redemption. Something lost, something gained and all of it hanging somewhere in that netherworld of memory,” she says.

Fil-Am theater director Michelle Aguillon will be performing the role of Lily. She previously performed the role in a staging by Vokes Theater in January which she also directed.

Aguillon is doing a different kind of marathon of sorts of her own during this year’s Theatre Marathon—where 50 groups stage 50 plays. In addition to acting in Gerardo’s play, Aguillon is directing Open Theater Project’s entry and producing Asian American Playwright Collective’s entry.

In May, during Asian Pacific Heritage Month, for Fresh Ink Theater’s Boston in Ten project, Gerardo will also be presenting another commissioned 10-minute play.

“Juni at Ten” will tread the boards on May 15. Mason joins Juni’s parents, Keanu and Larry (played by Fil-Am Jude Torres) online, to discuss an intervention for Juni, who has been living in the socially-distanced world imposed by the Covid-19 pandemic that ended ten months prior.

“This is a bittersweet comedy that explores the notion of celebrity culture, the parasocial world that was forced on all of us this past year, and the road back to some semblance of ‘normal life’ post-pandemic.”

For June, she is crafting a 10-minute monologue for SpeakEasy Stage’s Boston Resilience Project.

The project required playwrights to set their stories of resilience somewhere in Boston. Gerardo chose the Ether Monument, also known as The Good Samaritan, in Boston’s Public Garden.

“The monologue begins as a testament to the scientific discovery of ether as an anesthetic, and harkens to Boston’s storied history as a center for advancement in scientific innovation.”

“However, the monologue ventures into the newest form of miasma with a similar name: the Ethernet. The monologue muses about the similar anesthetic qualities induced by exposure to ether, and how it has caused a psychological form of insensitivity to pain for better and for worse.”

Masque of the Red Death

Then for July, she is developing a riff on Edgar Allen Poe’s “Masque of the Red Death” for Flat Earth Theatre.

“The idea of having survived the pandemic was dark enough. The play focuses on friendships that have helped us to survive, and how the powers of ritual, however insignificant they might be, help us through difficult times.”

“The characters in my plays find redemption in the simplest of pleasures. This is a reflection of how I’ve lived these last several months, and I hope to retain some of that daily consciousness in the everyday.”

MOST READ
usa Common NFT Scams and How to Avoid Them
usa Iconic ‘Goodfellas’ actor Ray Liotta has died at 67
usa Las Vegas student to be tried as an adult for assaulting Filipina teacher
usa Top 10 Electric Bikes to Fit Every Lifestyle
usa Texas school shooting victims: ‘They were just children with their whole lives ahead of them’
usa University of Hawaii names nursing school after PH-born nurse
usa Toronto police shoot and kill man carrying gun near schools
DID YOU KNOW?
Top 10 Resorts in Jamaica that Will Make Your Trip Worthwhile
The 25 Best Co-Op Games You Should Play for PS4 in 2022
The Best Kindle of 2022: Which one should you buy?
A Beginner’s Guide to Buying a Vacuum Cleaner in 2022
Island Hopping in Tulum: The 12 Best All-Inclusive Tulum Resorts
How to Dispute a Debt and Win | Simple Tactics