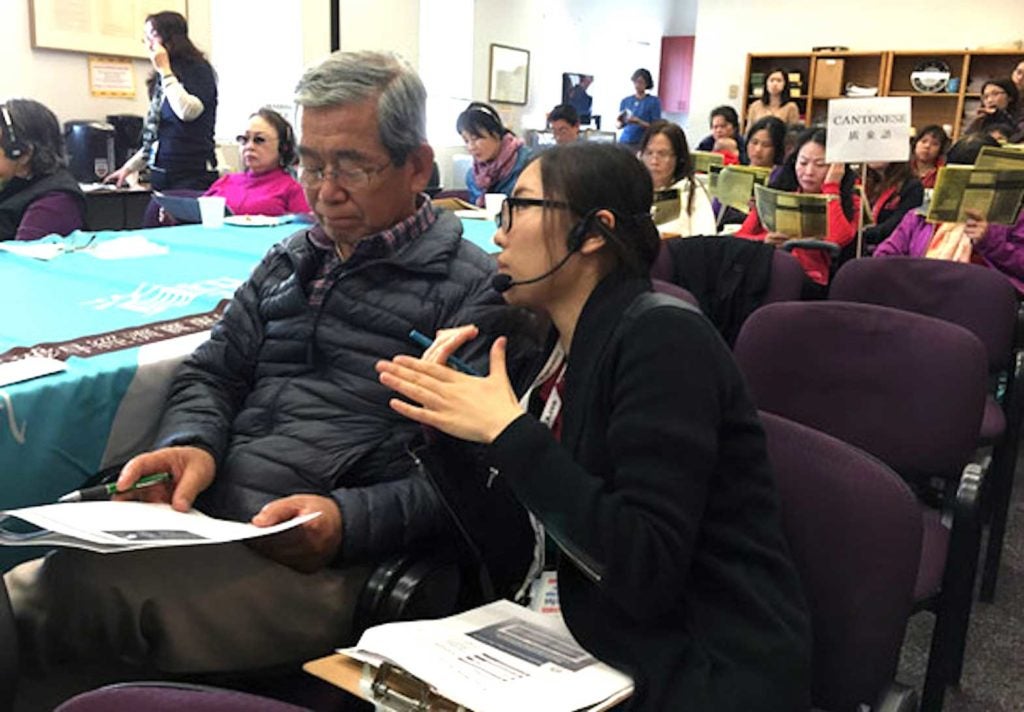 LOS ANGELES – Two non-profit groups  in California and Texas are conducting a nationwide survey to promote better nutrition education and outreach among Filipino and Hmong Americans with diabetes.

“In short, we want to equip healthcare professionals with additional tools that get at healthy and culturally appropriate eating practices,” Albert Ayson, Jr., associate director of training and technical assistance at the Association of Asian Pacific Community Health Organizations (AAPCHO), one of the groups carrying out the survey, said in an email. MHP Salud, a non-profit in Texas that serves Latino communities, is the other.

Diabetes is one of the top 10 causes of death in the U.S., according to the Centers for Disease Control and Prevention. Type 2 diabetes is a significant health issue for Asian American subgroups, and it’s an issue AAPCHO wanted to continue elevating, Ayson said. It’s what prompted the organization to launch the survey.

AAPCHO and MHP Salud chose to focus on Filipino and Hmong Americans based on the their prevalence of diabetes, Ayson said. Research has also found that Filipinos have a greater prevalence of comorbidities like heart disease and high blood pressure.

Ayson, who is Filipino American, said he grew up with a western diet consisting of fast food and highly processed foods like corned beef and spam.

“I should also say I grew up with some bad habits like finishing all the food on my plate and eating until I was full,” he said. “Over time and throughout college, I realized that I was risking my health, especially knowing that diabetes, hypertension, and other chronic diseases run in my family.”

Culture, language and immigration status are among the largest determinants impact a person’s ability to access care and manage chronic diseases like obesity and diabetes, Ayson said. And as the Asian American population grows, so does its need for culturally and linguistically responsive health and social care, he added.

According to Pew Research Center, Asian Americans were the fastest growing racial or ethnic group in the United States from 2000 to 2019.

AAPCHO and MHP Salud are looking for Filipino and Hmong Americans 18 years or older to participate in the survey, which is available in English, Tagalog and Hmong. It consists of 16 questions about demographics, food preferences, and food security, and takes less than 10 minutes to complete.

The survey will be open for responses until April 21.

A report detailing survey results is expected by the end of June. It’s meant to inform community health centers and other community providers about the most common cultural foods and the effect they have on health and the development of chronic diseases, such as diabetes, Ayson said. Results will then be used to create a culturally appropriate “Healthy Eating Plate” tool that will be accompanied by dietary recommendations for Filipino and Hmong Americans to prevent diabetes and encourage healthy eating in both communities.

The educational tool is slated for distribution in 2023.

Ayson said AAPCHO hopes to expand the survey to more Asian American subgroups in the future.

Individuals interested in taking the survey can do so online.