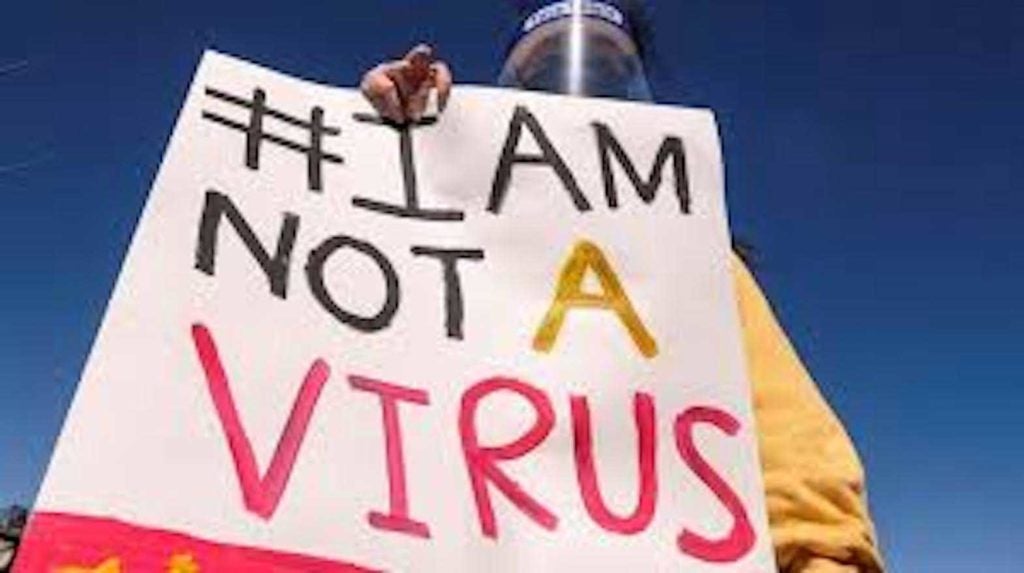 Last week I watched  the trial of Derek Chauvin charged in the death of George Floyd, but  was caught off guard by another video.

The security video showed a person–only described as a  “Asian American woman, 65” in almost every published news account—being brutally beaten by a man who had told the woman she “didn’t belong.”

It was bad that it was an Asian American, sure. But didn’t your heart sink when it was finally revealed the victim was  another Filipino American?

This time it was Vilma Kari who was attacked as she walked to church on Easter Monday of Holy Week in New York City.

Her alleged perp, arrested last Wednesday, is 38-year-old Brandon Elliot, who was living in a midtown hotel that’s serving as a homeless shelter.

Elliot and Kari crossed paths on the sidewalk as they walked in front of  a luxury apartment building’s wide angle security camera.

The camera catches Elliot  beating Kari, enough to break her pelvis and land her in the hospital with multiple welts and bruises throughout her body and forehead.

But it may not have been a hate crime, if Elliot had beaten Kari for the pure brutality of it all.

In a news conference last week, Manhattan District Attorney Cyrus Vance Jr. said that Elliot was “accused of brutally shoving, kicking and stomping a 65-year-old mother to the ground after telling her that she didn’t belong here.”

I took note of how the DA sequenced the accused’s attack. Elliot used hate speech first, then acted.

I’ve actually found that it does make a difference what comes first, the hate speech or the hate attack.

In one California case assault case I covered, mocking first then attacking was a successful argument for the defense! Ultimately, how it’s perceived will depend on the jury.

Elliot is being investigated for other anti-Asian attacks, which is standard. But perhaps more telling is that Elliot was on parole for fatally stabbing his mother in 2002 when he just 19. After being sentenced to a minimum of 15 years to life, he was released on lifetime parole in 2019 after serving 16 years.

That’s who Kari walked past last Monday. So it’s hard to tell the good, the bad, and unfortunately, the indifferent.

The security camera video also shows the building staff close the doors as the attack of Kari took place within their view.

Building owners are investigating the circumstances, but at some point, people have to stand up, distract, call the police, do something, to let the perp know his actions are in full view.

Would perps act at the top of their hate if they knew we are all witnesses?

So we can add another victim to the national bull market of anti-Asian American hate, which includes nearly 4,000 incidents from epithets to murder for over a year.

It’s not just a local story when it’s in New York. But what upset me was that headline most of the world read about Kari. The one referring to her as “a 65-year-old Asian American woman.”

Generic victim.  And then it was finally revealed, Kari is Filipino. Visible at last. To counter our earlier invisibility?

I know I often use the term Asian American and Filipino interchangeably. When the news first happened, even I  used “Asian American” because sources never identified her as anything but the generic way—“Asian American.”

But isn’t it time we start using the ethnic identifier explicitly when we are able, which means getting comfortable with phrasing such as “Asian American of Filipino descent.”

All three component parts are important.

My “AAF” which could be seen as the extremely emphatic as “Asian as F—.” But it’s intended to be the more informational–“Asian American Filipino.”

By my naming convention, you’d have AACs (Chinese) and AAKs (Koreans), AAVs (Vietnamese), etc. Try it.

This sort of thing may seem to be a quibble, but it’s not.

A good friend of mine, a real social justice warrior, the head of a non-profit—and an AAF in the emphatic mode were the “F” really does rhyme with “luck–complained to me about generalizing our ethnicities under the Asian American umbrella.

He was the first to raise the idea of our self-invisibility.

He’s a big proponent of disaggregating from the aggregate. And why not–all of our individual ethnic experiences are different. Chinese, Japanese, Filipino, Burmese, Korean, Indian, Hmong, and more. Especially when you sort through data involving everything from health care to economics.

We’re all different– except when we are seen as all the same. Like when an attacker sees us and acts out of ignorance and hate.

It’s our time to educate. And let people know, we are a complex and unique American community of communities.

But united, for sure. Especially during this hate wave.

GoFundMe for Kari
I have a tremendous amount of empathy for Vilma’s story. My mother in her only trip to New York was once mugged outside Macy’s and had her purse stolen. No one was hurt.

I’ve also often walked around midtown where I tend to stay with friends, and I’ve  found myself walking to St. Patrick’s to seek my quiet urban refuge.

So the idea of a Filipino American walking to church last week,  then getting beaten to a pulp and no one responds to help her enrages me to no end.

Then I saw that Kari, now recovering and yet to speak to a reporter like myself, has a GoFundMe page.

It’s set up by her daughter Liz Kari, who commented on the video that showed no one coming to her mother’s defense.

“What this video did not capture was that there was someone who was standing across the street that witnessed my mom getting attacked who yelled and screamed to get the assailant’s attention,” Liz Kari wrote on the Go Fund Me page. “ That is where the video cuts off as the attacker crossed the street to him. To this person, I understand your decision in remaining anonymous during this time. I want to THANK YOU for stepping in and doing the right thing. This gesture of action is what we need in our world right now. I hope one day, my mom and I can thank you personally.”

So there was someone. Not enough to stop the perp. But now there are about 6,000 more someones.

As I write, there’s been nearly $245,000 raised from about 6,000 donors. The family intends to also use the money to help other victims.

Sadly, every day there’s another Vilma Kari. And unfortunately, there will be, until the love we can all generate overcomes the hate that we all harbor.

I had just reviewed the video of the Kari video when the prosecution brought in the key witnesses in the Derek Chauvin trial, the officer accused of murdering George Floyd.

Darnella Frazier’s name is usually labeled next to the video the whole world has seen.

It’s nearly ten minutes showing the whole scenario— how Officer Chauvin had his knee on George Floyd’s neck until the paramedics arrived on the scene.

As an underage witness at the trial, Frazier’s face was not shown. But her voice could be heard. And her testimony has been the most compelling and persuasive of the trial so far.

She recalled her traumatic witnessing of Floyd’s death.

“It’s been nights, I stayed up apologizing and apologizing to George Floyd for not doing more. And not physically interacting.” They are words for us all to live by.

On CNN, Van Jones said Frazier had witnessed a lynching.

“When you have a lynching, which is what this was,” said Jones, “you aren’t just torturing the individual who you’re strangling to death, you’re torturing the whole community.”

A modern-day lynching is specific and symbolic all at once. If you know Asian American history, then you know Asians in California, Chinese and Filipino, were lynched in America.

As my friend Ishmael Reed told me on my amok.com vlog, don’t let the media play “divide and conquer.” This isn’t a Black vs. Asian thing.

It’s the reason why one shouldn’t get hung up about Officer Tou Thao, a Hmong American, appearing to stand guard as Chauvin continues to hold Floyd to the ground.

It’s the reason I don’t consider it relevant that the perps in the recent NYC attacks appear to be African American.

All people of color have been under someone’s knee in America. It’s our common ground, our shared past in America’s racist history.

That’s why when I see George Floyd, I see us, Asian American Filipinos. And so should you.

Emil Guillermo is an award-winning journalist and commentator. He writes a column for the Inquirer.net’s North American Bureau. See his vlog at www.amok.com. And on www.Facebook.com/emilguillermo.media