Death-threat letters have Asians in Utah on edge

Death-threat letters have Asians in Utah on edge 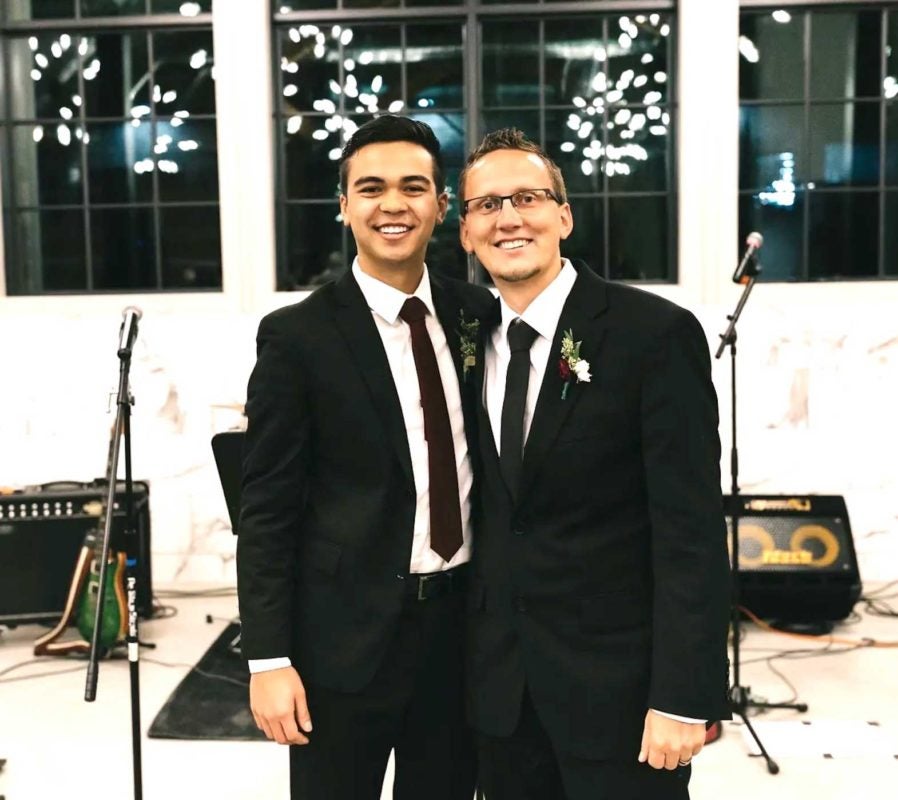 Fil-Am Dustin Watkins and his brother Dan Watkins belong to one of few biracial families in Alpine when they moved there from California as children. CONTRIBUTED

After the shootings in Atlanta-area massage spas left eight dead, including six of Asian descent, some Asian Americans in the Salt Lake Valley received death threat-letters.

The typed and printed notes hailed the Atlanta killings and blamed Asians for the pandemic, saying they “need to go back to their countries” before more are killed.

Home security cameras have failed to capture anyone dropping them off, and the notes have no return address.

Police are investigating the notes as a hate crime, while those who received them and others in Utah’s Asian communities are staying indoors.

“I feel unsafe in my own home,” said a Salt Lake Valley resident originally from Vietnam told the Deseret News. She asked that her name be withheld because she fears reprisals from whoever sent the letters. 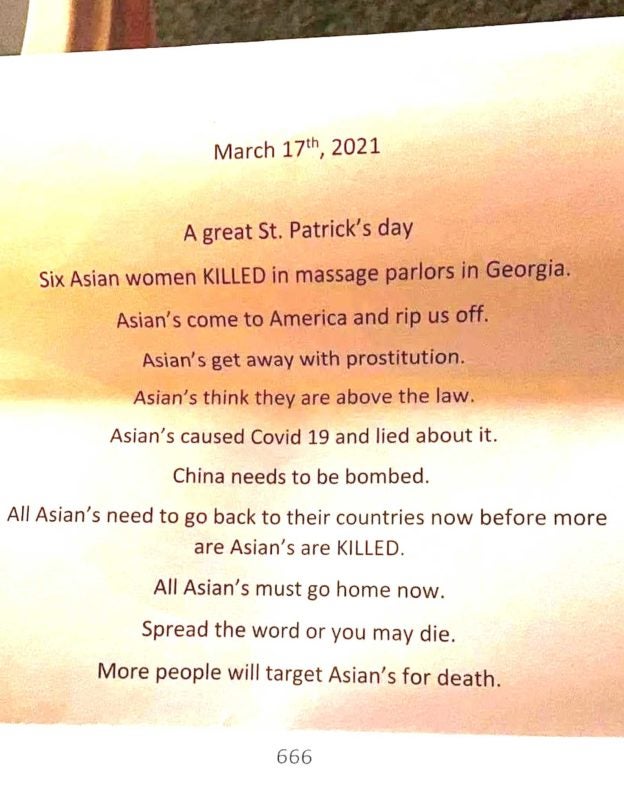 A letter sent to some homes of Asian Americans in the Salt Lake Valley contains threats and blames Asian people for the pandemic. DAN WATKINS

While she hasn’t received any of the threats, at least four households she knows have, including in Taylorsville and West Valley City.

Dustin Watkins, who’s Filipino and grew up in Utah County, said that on a recent trip to the grocery story while wearing a mask he noticed people doing a “double take at me. Is it because I’m Asian?”

Watkins, co-founder of the tech company DataBased, said he and his wife have never owned a gun but are now considering getting one.

He said hate-driven acts are a business problem, too. He now worries potential recruits of Asian heritage might hesitate to move to the state.

His brother, Dan Watkins, president of a software firm, is calling for greater public attention to hate crimes. He showed a copy of a threatening note.

“I’ve worked so hard to recruit people from all over the world to come to Utah, telling them it’s a safe place,” he told Deseret News. Three of six employees who report directly to him are of Asian or Pacific Islander descent.

“I want them to know that they’re not going to stand alone, that if there are these racists, these people full of hate out there, that they’re the minority.”