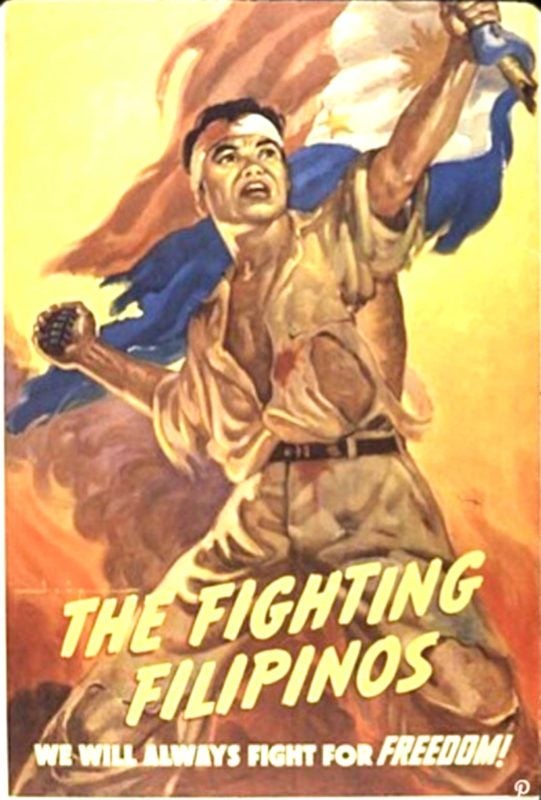 In the first part of this three-part column, we started with an observation of Filipinos and Asian Americans not fully engaged in civil society, and not registered to vote. We asked why? We asked what can be done?

By acknowledging in our identity, that we stand on the shoulders of giants; by rediscovering that Filipinos have a 400-year history of exceptional contribution in U.S. history; we stand tall with pride. As we understand and study further our 400-year history, we see in the present a new light of pride and empowerment. We are continuing the legacy of our ancestors. We Raise our Filipino American Voices in our communities, cities, states, and federal government. With empowered confidence we engage in society. We influence and lead in civil society and shape the state-national narrative. We reawaken the slumbering giant!

In this third part of the series, we review the last 120 years of contributions that now define our present-day Filipino American identity. It is an identity of courage and leadership.

1911: First Filipino US Medal of Honor

Among the most decorated units in World War 2 were the 1st and 2nd Filipino Infantry Regiments. Their deeds where unfortunately not widely known. The 7,000 Filipino soldiers endured discrimination during their training and where mistaken for Japanese Americans outside the base. However, their distinctions of valor and courage were unprecedented. “A total of 50,000 decorations, awards, medals, ribbons, certificates, commendations and citations had been awarded to personnel assigned to these two regiments for their service in the New Guinea and Philippines campaigns.” Wikipedia.

“The Battle of Yuldong was the greatest Filipino victory in the Korean War. A mere 900 Filipino fighting men withstood the night attack of an entire communist Chinese army that numbered 40,000 men at peak strength” (Inquirer). 7,500 Filipino soldiers were sent to Korea as Allies to the US led United Nations command. Major General Robert Soule, Commander, 3rd US Division, observed that “The ‘Fighting Filipinos’ are the best allied unit under my command.”

The first Filipino commander of a nuclear aircraft carrier in the US Navy is indeed a historic milestone. This is in light of the more than 100-year history of racism, suppressive laws and policies that Filipinos struggled with. It is a story of success and the resilient spirit of the Filipino to succeed as well as the US spirit to transform itself.

1927-1930. Washington – California Racist Riots and Filipino Resilience.    Filipinos in the US by the 1930s numbered around 45,000. In 1927, anti-Filipino riots in Yakima Valley of Washington took the homes and lives of Filipinos. Riots erupted in 1929 against Filipino farm workers in Exeter, California. Again in January, 1930, four days of rioting, destruction, and death were reported in the Evening Pajaronian news in Watsonville, California.

Larry Itliong led Filipino farm workers in a bold Delano, California Grape strike in September 8, 1965. Larry invited Cesar Chavez and Mexican farm workers who joined the walk-out, a week later, on September 16. This was an unprecedented Filipino initiated and led farm worker strike that fought against the exploitation of farm workers.

The historic and victorious five-year strike united Filipinos and Mexicans. They fought together for farm worker rights within the broader struggle of the civil rights movement. This revolutionized the farm labor movement in America and around the world. Larry Itliong passed away in 1977. Cesar Chavez later gained international acclaim for the Delano Strike and its impact in unionizing farm workers around the world.

What is exceptional here is the historic coalition of the Latino-Mexican farm workers and Filipinos. In solidarity, victory was achieved. Filipinos, also referred to as Asian Latinos, showed success in solidarity.

We have from 1587-2014, a broad summary that acknowledges the proud legacy of previous generations. A comprehensive review of further Fil-Am contributions in the arts, science, and commerce is the subject of a future article. This 3-Part series is a starting exploration, that aims to question existing perspectives with a new narrative.

Hopefully this will spur debate, discussion, and deepen the primary source research. The goal is to shift into a new mainstream narrative and perception, of what it means today to be a Filipino American. The strength, self esteem, courage, and leadership of the Filipino American runs deep. It runs in the veins of the present generation, from the literal blood, sweat, and tears of our ancestors.

Today, Filipinos make up the third largest immigrant population in the US, after the Mexicans and the Chinese. The task at hand for the present generation of Fil-Am leaders is to rediscover, shout out loud, and institutionalize in our schools and community culture, our passion and pride: The 400-Year History of Exceptional Filipino Contributions in the United States.

Jorge “Jerry” Perez de Tagle, PhD, lives in the US and the Philippines. He is an author, a change management practitioner and a thought leader in the private and public sector. He taught at Syracuse University, New York and has his PhD in Social Change, Honoris Causa, and Candidacy in Organization Development.

Your subscription could not be saved. Please try again.
Your subscription has been successful.
MORE STORIES
Blake Lively starring in Colleen Hoover’s ‘It Ends with Us’ novel adaptation
Alameda, California opens Bohol Circle Immigrant Park
Lawsuits filed against US state restrictions on abortion pills
Don't miss out on the latest news and information.