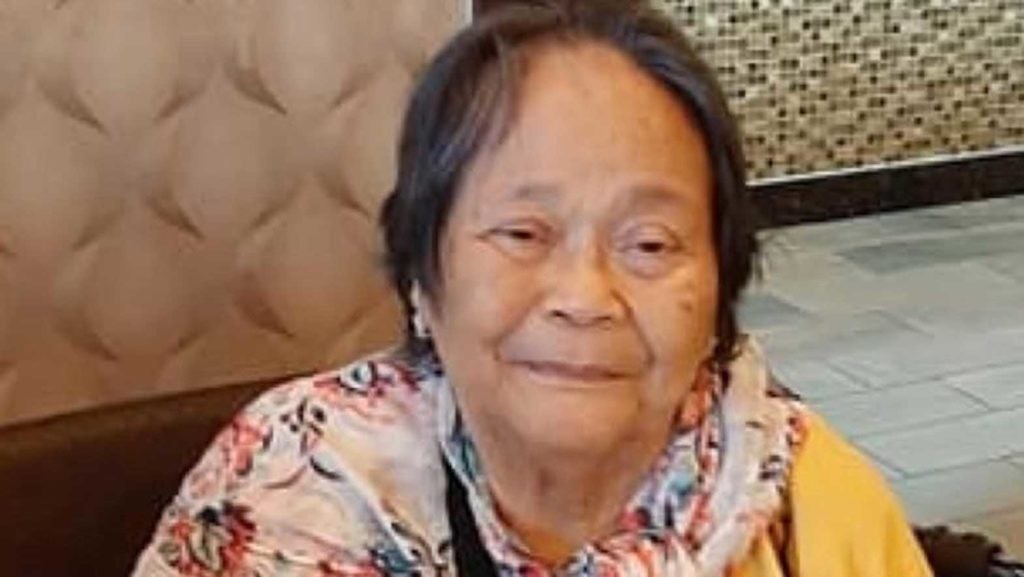 Candida Macarine, 86, was admitted to Lakeshore General Hospital on the night of Feb. 26 due to respiratory distress, and her family says she died several hours later from cardiac arrest. CONTRIBUTED

MONTREAL, Quebec – An elderly Filipina was found dead on the floor beside her bed at the Lakeshore General Hospital in Montreal’s West Island last month. Her family is accusing the hospital of racism for refusing to tell them the circumstances surrounding her death.

Candida Macarine, 86, was admitted to Lakeshore General Hospital on Feb. 26 for respiratory distress. Her family says they were told that she died several hours later from cardiac arrest. They say they accepted that and were at peace with it.

But they later noticed a CBC News story about a woman found “dead and ice cold” on the floor beside her bed, and they realized that woman was likely their mother.

Macarine died in a negative -pressure isolation room in the hospital’s emergency room that nurses had warned managers about several times, saying it was difficult to see and monitor patients there. 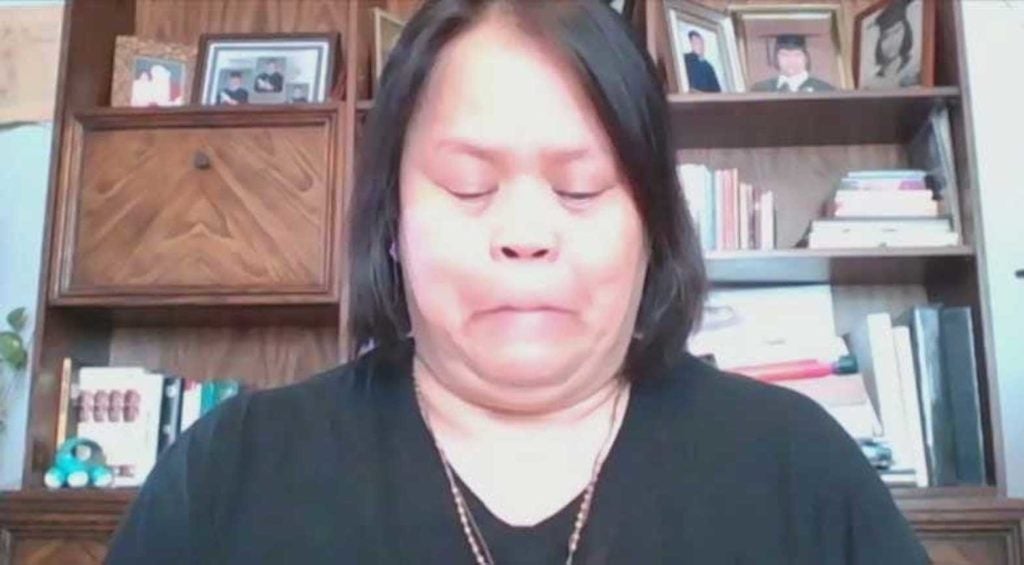 Candida Macarine’s daughter Gilda held back tears during the news conference. “My mom was abandoned and neglected,” said Gilda, herself a nurse. SCREENSHOT CBC

“The worst and most devastating thing was that we were only guessing and analyzing from the news that this was our mother,” Placido Macarine, Candida’s son, said during an online news conference. “This is clearly for me racial discrimination. This is racism.”

The hospital has not confirmed to CBC News and to the family if Macarine was the woman found on the floor.  A source who works at the hospital said the dates and times of Macarine’s death matched the circumstances reported.

Three of Macarine’s eight surviving children said the deceased was a loving mother and grandmother, an avid churchgoer and supporter of Montreal’s Filipino community.

They said they’ve heard nothing from the Pointe-Claire hospital or the local health agency about how Macarine died.

“From February 27 until today March 22, nothing was done — not a single word of explanation nor apology,” Placido Macarine said.

“Is it because we are Asians that they just put us aside as not worthy of their attention?” he asked.

Candida Macarine’s daughter Gilda held back tears during the news conference. “My mom was abandoned and neglected,” said Gilda, herself a nurse.

Fo Niemi, director of the Centre for Research-Action on Race Relations, which is helping the family, said Macarine’s death seems to be part of a pattern in Quebec of women of color being mistreated in the health care system. He cited the cases of Joyce Echaquan and Mireille Ndjomouo.

“We must also ask whether and how race has been a factor in Ms. Macarine’s death, and in the way the family has been treated to this day,” Niemi said.

The West Island health agency, the CIUSSS de l’Ouest de l’Île de Montréal, told CBC is it taking the situation seriously and has launched an internal investigation. It offered its condolences to the family and says it is in “close contact” with them.