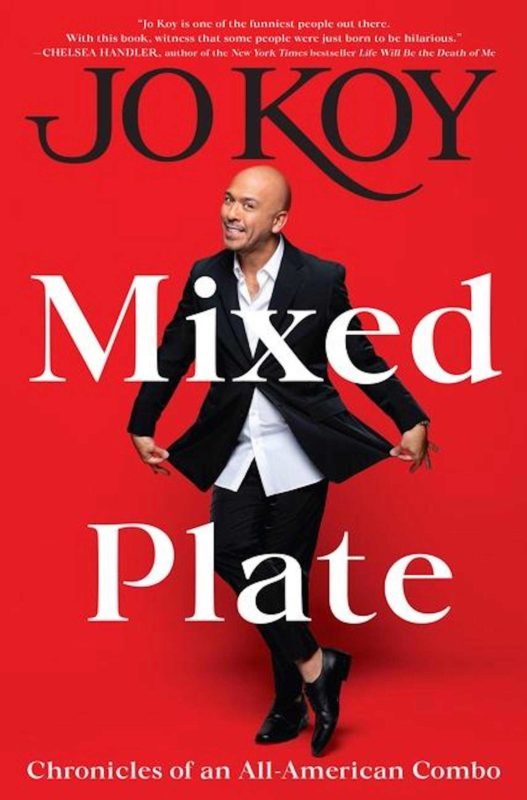 Cover of Mixed Plate: Chronicles of an All-American Combo by Jo Koy.

The book recounts the 49-year-old’s path to his American Dream, a decades-long career that had him performing globally before the pandemic and currently has him hosting the podcast “The Koy Pond.”

Koy is also to star in the family comedy film “Easter Sunday” currently being developed by Amblin Entertainment, which is owned by director Steven Spielberg, a fan of his.

In his own book’s blurb, Koy writes, “Well guys, here it is—my story. A funny, sad, at times pathetic but also kick-ass tale of how a half-Filipino, half-white kid whose mom thought (and still thinks) his career goal was to become a clown became a success. Not an overnight success, because that would have made for a really short read, but an All-American success who could give my immigrant mom the kind of life she hoped for when she came to this country, and my son the kind of life I wished I’d had as a kid.”

The comic, whose real name is Joseph Glenn Herbert, got his start at a comedy club in Las Vegas. He went on to perform in late night talk show such as “The Tonight Show with Jay Leno” (where he received a standing ovation), “Tonight Show Starring Jimmy Fallon,” “The Joy Behar Show,” “Jimmy Kimmel Live!,” and “Jamie Foxx: Laffapalooza.” He was also a regular panelist on “Chelsea Lately” hosted by Chelsea Handler.

In the 12-chapter memoir, Koy recounts how humor helped him cope with difficult situations growing up. The divorce of his parents; his white father moving to another state and his Filipino mother raising him by herself.

Of initially fitting in with other mixed-children on military bases to becoming the only half-Filipino child in his school and his of his mother’s struggles to seek out fellow Filipinos in the ’70s in a time of racial tension.

He includes deeply personal topics, including sharing stories about his older brother who has violent schizophrenia, as well as “some real dark stuff, the stuff we don’t talk about often enough as immigrants” he writes in the blurb, such as “mental health, poverty, drinking.”

He shares how he became inspired to become a stand-up comic, the people in his life who have supported his dreams, and the long road it’s taken for him to reach his current perch.

Because of his love and pride for Filipino food, the autobiography is part cookbook as it contains recipes for dishes such as chicken adobo and lumpia.

In an interview with singer Kelly Clarkson on her talk show, Koy explained the reason behind the book’s title is because of his fondness for Hawaii’s unique dish. 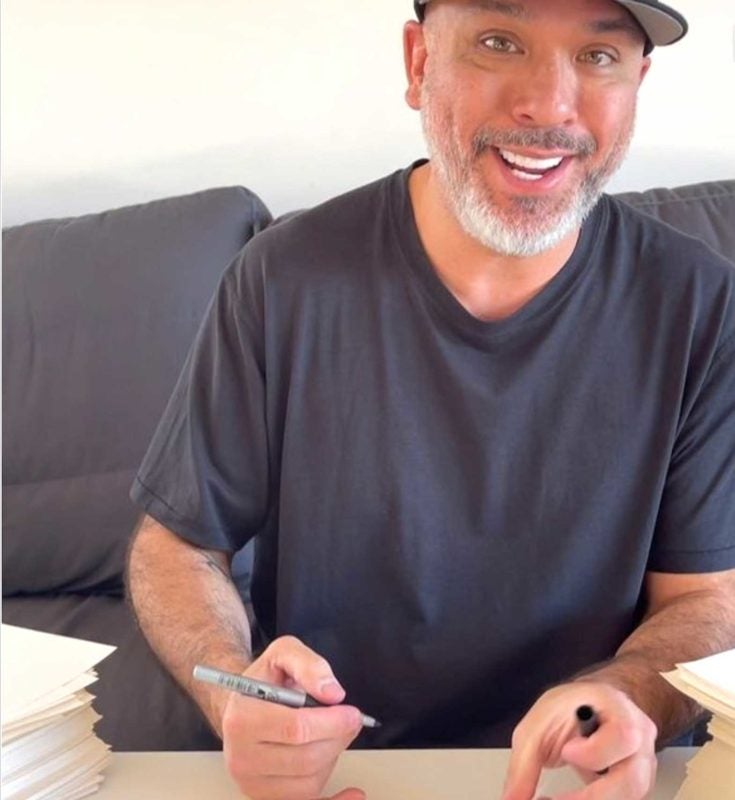 “I’m in love with Hawaii. It embraced me right away when my first special came out. I broke Mariah Carey’s record [for most tickets ever sold].

“I just love the culture there.  I love the people there. One of the things I love to eat is the mixed plate. When you look at the mixed plate, it has everything, every ethnicity is on the plate.

“There’s a little rice for Asians, there’s Korean barbecue, there’s tempura, there’s spam, there’s mac salad. So when you look at that plate, I think of me. It’s like a little bit of all these cultures just mixed up into me. I just felt like that’s a good representation of what this book is and about my life in this world.”

Koy has mentioned that he’s always wanted to write his own book for many years now. “It’s weird to know that I can go in the airport now and see my book on top of that shelf as well as all the other books that I purchased when I was flying to places. So now I get to be on the shelf,” he said in an interview with KTLA 5 Morning News.

In an interview with Vanyaland.com, he said he hopes the book inspires “people who are my ethnicity, and hopefully give them a voice and give them something to be inspired by.”

In addition to ebook format, the title is also available in audiobook format, narrated by Koy himself.