Fil-Canadian ‘titas’ have fun with podcast

Fil-Canadian ‘titas’ have fun with podcast 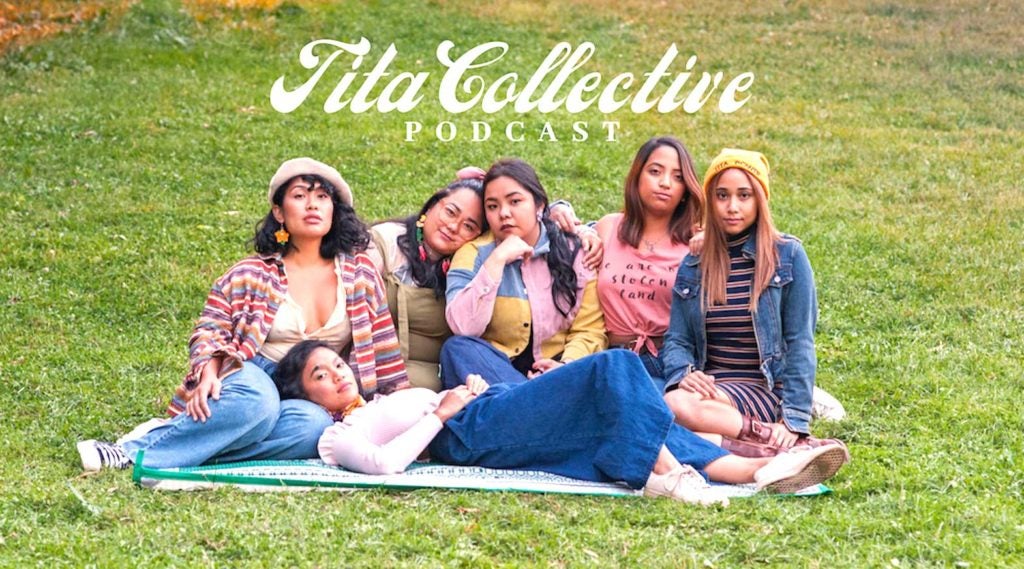 When six Filipina Canadian multidisciplinary artists in Toronto formed The Tita Collective about three years ago, they did so to tell stories about the Filipino diaspora through different mediums of performing arts.

The six artists – Ann Paula Bautista, Belinda Corpuz, Isabel Kanaan, Ellie Posadas, Alia Rasul, and Maricris Rivera – were well aware of the lack of work in performing arts for Filipino women. So they established the collective to create the type of work they wanted to see.

“We figured, instead of trying to shoehorn ourselves or slot ourselves into trying to fit other theater companies or shows, why don’t we just create the work that we want to do?” Rivera said.

In creating the work they wanted, The Tita Collective gained recognition for its work in comedy in theater, earning awards including the 2019 Steamwhistle Producers’ Pick at the Toronto Sketch Comedy Festival and Tarragon Theatre’s Mainspace Patrons’ Pick at the 2019 Toronto Fringe Festival.

The six co-hosts – all of whom are titas (aunties) – created comedy sketches about a wide range of topics such as intergenerational relationships, feminism and gender identity. It’s an enjoyable process, Rivera said.

Yet sometimes, the six members of the collective simply enjoy talking.

“We love to talk to each other about our own experiences, and realizing there’s a lot of healing that comes with that,” she said.

So last year, they ventured into the world of podcasting with The Tita Collective Podcast. It’s a name that was inspired by the artists’ fondness of their titas and other female elders in their lives.

“I love my titas,” Rivera said. “They’re so funny. They have an endless amount of stories that whenever they tell them to me, it’s like, can we put that on stage somewhere? Like this is a really hilarious story.”

The first episode went live in January 2020, and the collective has since released a total of eight episodes over two seasons. One of its episodes last year featured Granny Cart Gangstas, an all-female Asian sketch comedy troupe in San Francisco. Its most recent one this year unpacks Filipino family traits.

The podcast also serves as a more accessible way for their audiences – particularly those who may live outside of Toronto and aren’t able to attend their shows in-person – to get to know the six artists and hear about their shows. In one of last year’s episodes, they talked about a sketch called “Titavengers” from one of their shows.

Posadas said the podcast has evolved since it launched last year to something a little less structured than it was initially, making it more relatable.

She added that as a performer, she often carries a performer persona. The podcast has provided her and the other titas with a space that allows them to strip that away and have a more authentic conversation – something she believes people crave to hear on podcasts.

“I think because we’ve become more comfortable with speaking about more serious topics, that’s definitely how we’ve kind of evolved,” she said. “Being able to just talk about something and express ourselves the way that we really feel as individuals.”

As The Tita Collective podcast continues, the six artists are looking at possibly featuring family members in future episodes to share their experiences and perspectives.

“We definitely want to create this kind of space that feels like home and familiar,” Posadas said. “And I really do feel like Filipinos enjoy that sort of stuff because they really feel heard.”

They also want the podcast to serve as a space that promotes and celebrates other Filipino American and Filipino Canadian creatives.

“For me growing up, there’s always been this underlying idea that there’s this competitiveness between Filipino women and performers, that there’s only space for one,” Posadas said.

What The Tita Collective podcast aims to show is that for there to be more space, more space must be created. That’s what the podcast has been doing, Posadas said: showing its audience that six diverse women from different backgrounds have come together to create the community it has, and that it can continue to grow.

“We hope to continue to be that space for people to feel comfortable, to be like, hey, also like listen to my podcast or listen to my song. Or I have a movie coming out. That’s what we want. We’re trying to create and a larger community,” Posadas said.