Are you paid lower wages in California because of your sex? 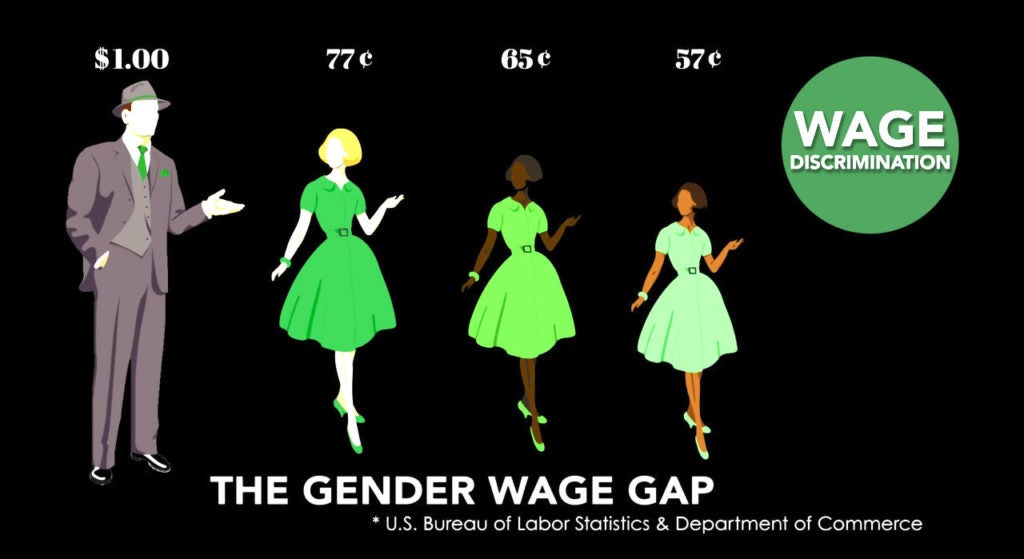 Q:        I am a single mom and I have worked for this company for several years. Recently, while talking with another newly hired male co-worker whose responsibilities are similar to mine, I discovered he was making as much as 50 cents more per hour than I am. I asked my branch manager why the new guy was being paid more. Instead of an answer, I was reprimanded for violating company policy because I was not supposed to discuss wages with other employees. Do I have any rights in this situation?

A:        Yes, you do. California laws prohibit gender-based wage discrimination. An employer shall not pay any of its employees at wage rates less than the rates paid to employees of the opposite sex for substantially similar work, and performed under similar working conditions. “Substantially similar work” may mean the employees may have different titles or work at different sites but their work are essentially the same. This means the lower paid employee doesn’t have to prove that the higher paid employee of the opposite sex has exactly the same job as she (or he) does.

If differences in wages exist, the difference must be legally justified based on one or more of the following factors:

An employee who successfully proves her claims may be entitled to the balance of the wages, including interest thereon, and an equal amount as liquidated damages, together with the costs of the suit and reasonable attorney’s fees, even if the employee has agreed to work for a lesser wage.

One contributing factor to the gender wage gap is pay secrecy. If employees cannot freely discuss their wages with one another, then they may not know that wage discrimination is an issue in the workplace. Many employees don’t know that employers are not allowed to ban wage disclosures.

In fact, an employer must not prohibit an employee from disclosing the employee’s own wages, discussing the wages of others, inquiring about another employee’s wages, or aiding or encouraging any other employee to exercise his or her rights under the law. An employee who has been discharged, discriminated, or retaliated against, for doing any of the foregoing will be entitled to damages as well as appropriate equitable relief.

In 2014, the gender wage gap in California stood at 16 cents on the dollar. This means a man who works full time will earn 1 dollar and a woman in the same situation will earn 84 cents. This wage gap extends across almost all occupations in California. Collectively, women working full time in California lose more than $70 billion each year due to the gender wage gap. The wage gap has a significant impact on the economic security and welfare of millions of working women and their families. Employees who believe they are being treated unfairly by their employer because of their sex or gender would be smart to consult with an experienced employment attorney to explore how they can uphold their right to equal pay.