A year ago, photographer Alberto Rodriguez would have been jostling for position on a celebrity red carpet during Hollywood’s hectic awards season. 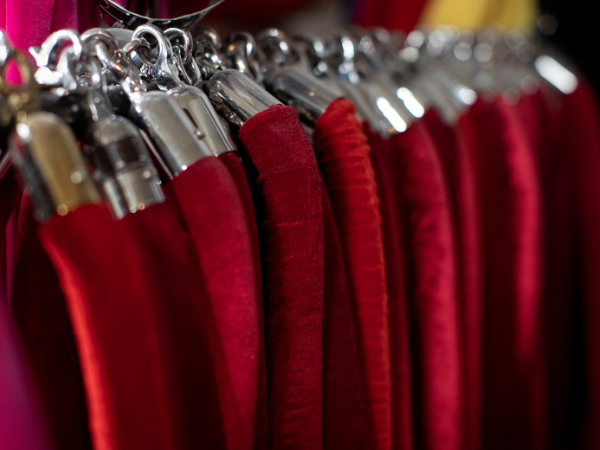 “My last full-blown premiere was ‘Mulan,’ I think it was March 9 or 10th of last year,” said Rodriguez. “The next photo assignment I was able to get was in October.”

It also threw out of work the security guards, florists, caterers, waiters, limousine drivers and photographers who make a living from the parties, movie premieres and lunches that take place around the Golden Globes, Grammys, Oscars and multiple other show business events between January and March. 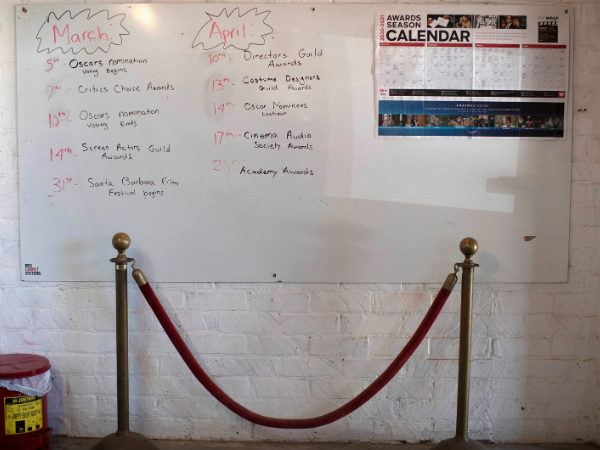 Award shows dates are pictured on a board at Red Carpet Systems during the outbreak of the coronavirus disease (COVID-19), in Los Angeles, California, U.S., March 5, 2021. Picture taken March 5, 2021. REUTERS/Mario Anzuoni

A 2013 report by the Los Angeles Economic Development Council said that Oscar season injects some $130 million into the city’s economy every year.

But with awards this year relegated to mostly online events, without live audiences, red carpets, parties and screaming fans, those behind the scenes are struggling to make ends meet.

Rodriguez says he has lost more than half his income, despite picking up some work delivering food and going on unemployment.

“In the last year, photography-wise I’ve had five or six days of shoots and that’s over a period where you can work up to 200, 240 days on a regular year,” he said.

One Events, a Los Angeles staffing agency that provides waiters for Academy Award and Grammy events, has seen its sales slump 70% in the past year.

“We have really struggled as a company and as an industry, and we’ve seen some of our friends go under who weren’t able to ride it out,” said One Events owner Nickolas Potocic. His 85 or so trained events staff are mostly made up of actors, musicians and models seeking flexible work between auditions.

“They are getting the brunt of this,” he said. When small events started to open up a little last summer, “there were a lot of people that said they had moved back in with their parents, or to another state. Others just got out of the industry altogether.”

One Events has turned to delivering boxed dinners and lunches for clients holding virtual gatherings, and to COVID-19 mobile testing for emerging small-scale events.

“The record is 15 parties in one day,” said Kilicoglu.

“During awards season, I don’t sleep much. It’s just nonstop,” he said of his pre-pandemic life.

This season, Kilicoglu estimates he’s lost about 80% of his events business. He has pivoted to making plexiglass dividers for essential businesses and large backdrops for people to use in video calls.

“It’s sad, it’s depressing, but there’s nothing we can do. We just have to wait and be patient,” he said.

Meanwhile, photographer Rodriguez is facing up to the prospect of a very different Oscar ceremony on April 25.

“It’s an awkward feeling not being part of the awards season, for the Golden Globes or the Oscars, after 20 years of doing it,” he said, standing outside the deserted Dolby Theatre, home of the Academy Awards ceremony.

“You got to wear a tux, and you got to be uncomfortable all day, but it’s really like the pinnacle of the entertainment industry, so I miss it.”