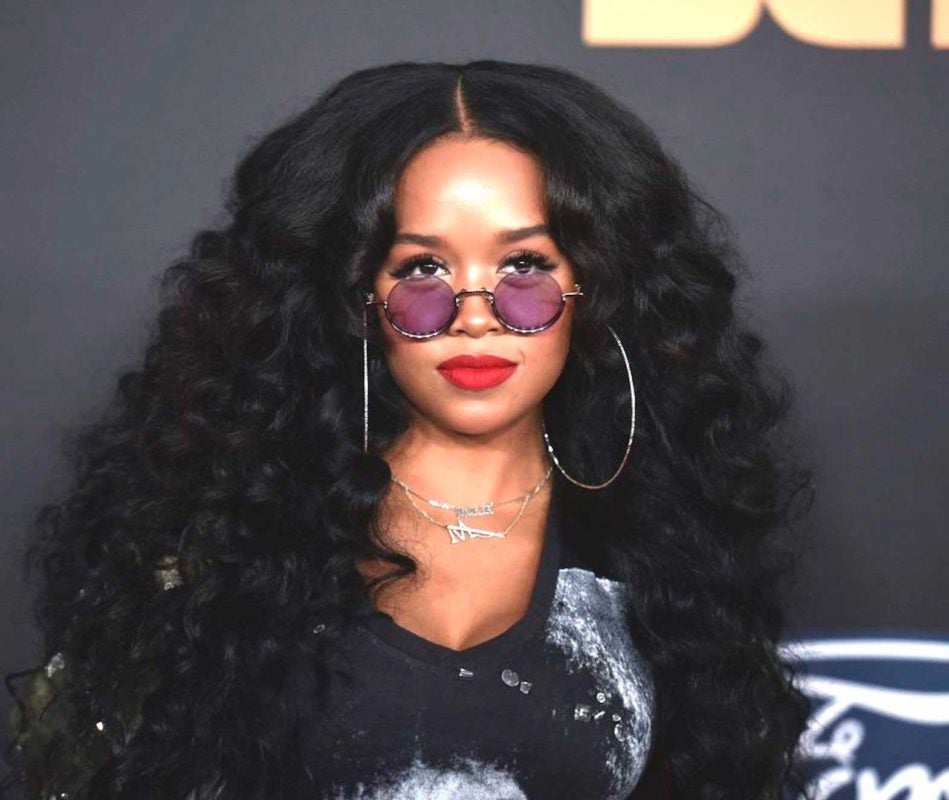 A Filipino/Black artist’s song of George Floyd is our song too.

They may listen to Gabriella Sarmiento Wilson.

The part-Black, part-Filipino singer-songwriter– better known as H.E.R.–won a Grammy for song of the year for the George Floyd-inspired  protest song, “I Can’t Breathe.”

She is the embodiment of the harmony that comes when we take a love interest in one another. From the awards stage,  she gave a shout out to another Asian American—her Filipina mother.

“I want to thank my mom,” H.E.R.  said as she accepted the award. “I recorded this song myself in my bedroom at my mom’s house.”

Then she spoke to the feelings of unity we all felt last year.

We definitely need that energy now.

And could there be a better messenger than a  part-Asian, part-Black woman who just won for a Grammy for a song that called out for racial reckoning of our times?

H.E.R.  didn’t have to mention Pak Ho. He came to my mind immediately. Ho is the 75 year-old-Asian American who just recently received his second Covid vaccine shot. But last week, needed something more than that. Like a vaccine against racism.

Ho died last Thursday (March 11), the latest victim in the rising number of anti-Asian hate crimes in the U.S.

And it happened about the same time President Joe Biden was delivering his prime-time address to let Asian Americans–and the whole country–know that such racist acts will not be tolerated.

“Too often, we’ve turned against one another,” Biden said in his Thursday address when he announced the goal of vaccines for all by May 1.  But this portion was no less important.  “Instead of working with each other, (we’ve seen) vicious hate crimes against Asian Americans who’ve been attacked, harassed, and scapegoated.”

That’s a whole lot better than the previous president who used the terms “China Virus” and “Kung Flu,” and modeled selfish, unempathetic behavior. But let’s face it. This is more than just about the virus. It’s about 21stcentury racism.

It’s just too late for Ho, who died from head injuries suffered when he fell to the ground after being punched earlier in the week on  Tuesday in a robbery attempt in Oakland.  An African American suspect, Teaunte Bailey, 26, was arrested.

It’s the second fatal death in recent weeks involving an elderly Asian American  in the Bay Area. In San Francisco, Vicha Ratanapakdee, 84, was  pushed to the ground by a black perp, in a crime that was caught on video.

Another incident last month in Oakland’s Chinatown, also caught on video, showed yet another elderly Asian man pushed to the ground, but not fatally, by a black perp. What gives?

“Most people think in terms of racial opposition as being black versus white,” said Prof. Daniel Phil Gonzales, Prof of Asian American Studies at San Francisco State University’s College of Ethnic Studies. “And the reality is, the ‘other’ includes Asians and that ‘other’ sets us in a position where we’re the targets of hatred from both Black and white. And that’s pretty much in evidence by the attacks that are going on.”

I don’t think that’s how diversity is supposed to work—where even racists are diverse in their makeup?

But as long as Asian Americans are “orientalized,” as they have been for centuries, excluded, or seen as foreign and unassimilable, we’ll continue to have instances where we are victimized by this modern and violent form of xenophobia.

And then there’s the case of the Uber driver in San Francisco,  Subhakar Khadka, a South Asian from Nepal, who was coughed on, pepper sprayed and had his mask ripped off by female passengers. And it was all caught on video.

One of the women, 24-year-old Malaysia King was arrested for assault while in Las Vegas on Thursday. The woman who coughed on Khadka, Arna Kimiai, also 24, said she plans to turn herself in this week.

The video has gone viral and shows an ugly sense of entitlement from the passengers who show no sense of decency or respect for Khadka. They were acting no different from a white racist toward Khadka.

Gonzales, the ethnic studies professor, said some could argue the women can’t be racist if they have no power to exert their feelings. But having those feelings is still dangerous.

“It leaves us exactly where we are , where people will act on their beliefs, given an appropriate motivation,” Gonzales said. So far the circumstances of Covid 19 have been significant  “triggers,” but add to that stereotypical feelings toward Asians as perpetual foreigners, with accents, who take available  jobs, and it didn’t take much for the women in that Uber to show their feelings.

What’s the way out?

There’ve  been calls for race conversations in the past, but rarely have seen the type that made a difference. Gonzales said we need more than speeches from civil rights leaders. We need to see people speak up bluntly and directly about racism. Ordinary people with the same background as the perps need to denounce the racist actions we’re seeing.

And then Asian Americans too, must confront our own racism.

Acknowledging internally, is always the first step. In 2015, a pastor in Northern California started “Racists Anonymous” modeled after the 12 step program. During Covid, it’s grown throughout the country via  Zoom.

In the meantime, hearing Joe Biden tell us anti-Asian hate is “Un-American” and to “stop it,” is also a start.

But will it have an impact like a Grammy Song of the Year?

“How do we cope when we don’t love one each other?

Where is the hope and the empathy? How do we judge off the color?

The structure was made to make us the enemy.

Praying for change ‘cause the pain makes you tender.

All of the names your refuse to remember. Was somebody’s brother, friend, or a son to a mother.”

Or maybe when it comes to Asian Americans, a father, or grandfather, like Pak Ho, or Vicha Ratanapakdee, the two most recent deaths in this despicable wave of violence.

Maybe listening to H.E.R. and “I Can’t Breathe,” can help bridge the gaps that exist between  race and generations in our country..

A Filipino/Black artist’s song of George Floyd is our song too.

Emil Guillermo is a journalist and commentator. He writes a column for the Inquirer.net’s North American bureau. For vlogs and podcasts go to  www.amok.com.