Netflix Inc is testing a feature that asks viewers to verify they share a household with the account holder, the company said on Thursday, a move that could lead to a clampdown on sharing of passwords.

A small number of Netflix users are receiving a message asking them to confirm they live with the account owner by entering details from a text message or email sent to the owner.

Viewers can delay the verification and keep watching Netflix. The message may reappear when they open Netflix again, and eventually they could be required to open a new account to continue streaming.

“This test is designed to help ensure that people using Netflix accounts are authorized to do so,” a Netflix spokesperson said.

Netflix, the world’s largest streaming service, constantly tests new features with users and it is unclear if the household verification requirement will be implemented more widely.

The Netflix terms of service say that users of an account must live in the same household, though the company and other streaming services have declined to broadly crack down on sharing.

(Reporting by Chavi Mehta in Bengaluru and Lisa Richwine in Los Angeles; Editing by Shounak Dasgupta and Karishma Singh) 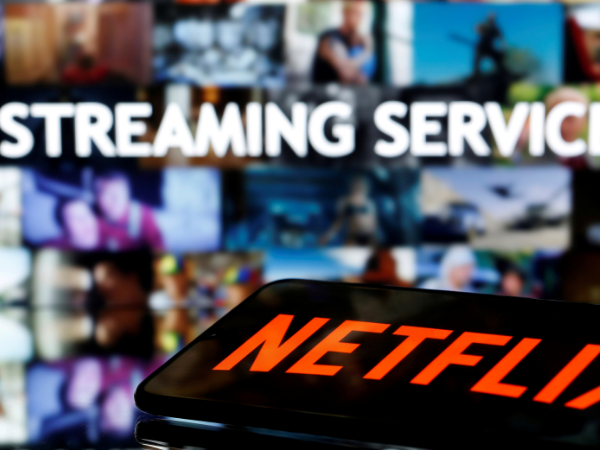 A smartphone with the Netflix logo lies in front of displayed “Streaming service” words in this illustration taken March 24, 2020. REUTERS/Dado Ruvic/Illustration/File Photo

Netflix Inc said on Thursday it plans to invest $500 million on original movies and TV shows in South Korea this year, as the streaming giant expands in one of the fastest growing markets in Asia.

The company has built a pipeline of Korean original content including sci-fi thriller “The Silent Sea”, reality series Baik’s Spirit and sitcom “So Not Worth It”, Netflix said in a blog post.

Netflix, which had 3.8 million paid subscribers in the country at the end of 2020, has already invested nearly $700 million, feeding off the global popularity of the pop culture machine of South Korea.

It has created more than 70 Korean-made shows, including the hit zombie thriller “Kingdom” and documentary series “Black Pink: Light Up the Sky” about the highest charted female K-Pop act.

The streaming pioneer enjoyed a boom in subscriptions last year as people around the globe were largely stuck at home due to COVID-19 restrictions.

Netflix has been spending heavily on developing original content as it faces intense competition from other streaming platforms including Walt Disney Co’s Disney+, HBO Max from AT&T Inc and Apple Inc’s Apple TV+.

(Reporting by Tiyashi Datta in Bengaluru; Editing by Saumyadeb Chakrabarty)