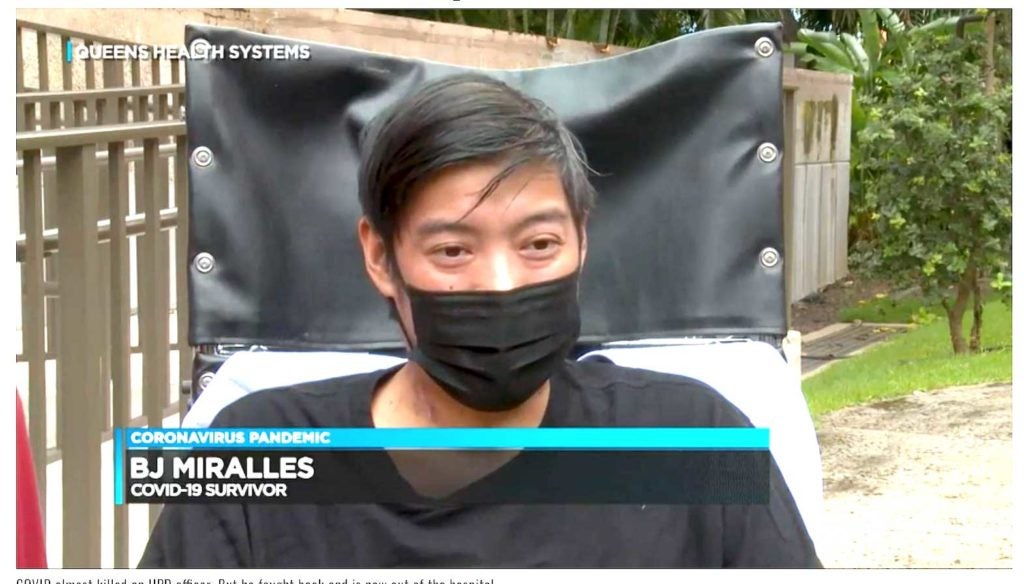 The virus temporarily took away BJ Miralles’ ability to speak, move and breathe on his own. SCREENSHOT

HONOLULU- A Honolulu police officer is back with his wife and daughters after surviving an intense two-month fight with Covid-19.

Officer BJ Miralles left The Queen’s Medical Center Friday, Feb. 19, after battling the virus which temporarily took away his ability to speak, move and breathe on his own as he was hooked up to a ventilator during his treatment, according to Hawaii News Now.

Miralles was able to reunite with his loved ones before he was discharged to a rehab facility where he will continue to gain back strength and motor skills. 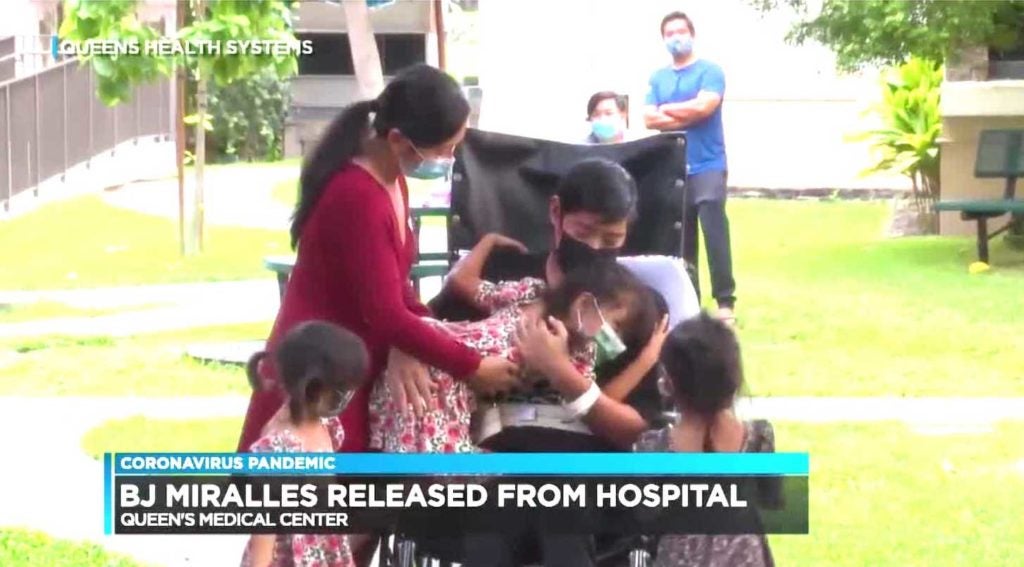 After two months in the hospital, Miralles was able to unite with his wife, Rochele, and their daughters. SCREENSHOT

He said he was glad that “if something was to happen, that it happened to me and not any of my family members. I couldn’t handle if anything bad happened to them.”

He also thanked the staff at Queen’s hospital and community members for their prayers and donations. Over $34,000 was donated through a GoFundMe page for Miralles.

Doctors credited what’s called ECMO treatment with saving his life, giving his body enough oxygen and allowed his lungs and his whole body to heal and recover.