Oil prices were steady on Tuesday, trading close to more than year-long highs on signs that global coronavirus restrictions were being eased, although concerns about the pace of a U.S. economic recovery kept gains in check.

Both contracts rose more than $1 earlier before retreating. 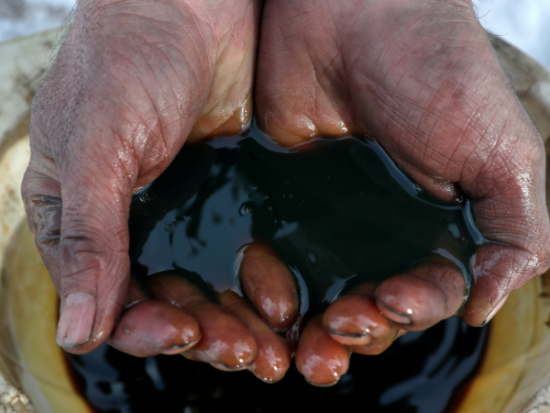 An employee holds a crude oil sample at the Yarakta oilfield, owned by Irkutsk Oil Co, in the Irkutsk region, Russia, on March 11, 2019. REUTERS/Vasily Fedosenko/File Photo

“Vaccine news is helping oil, as the likely removal of mobility restrictions over the coming months on the back of vaccine rollouts should further boost the oil demand and price recovery,” UBS oil analyst Giovanni Staunovo said.

But, tempering the upbeat mood, the chair of the U.S. Federal Reserve, Jerome Powell, said the U.S. economic recovery remained “uneven and far from complete” and it would be “some time” before the central bank considered changing policies it had adopted to help the country back to full employment.

Morgan Stanley, which expects Brent to reach $70 in the third quarter, said new COVID-19 cases were falling while “mobility statistics are bottoming out and are starting to improve.”

Bank of America said Brent prices could temporarily spike to $70 per barrel in the second quarter.

In the United States, traffic at the Houston ship channel was slowly returning to normal after last week’s winter storm, although production was not expected to restart soon fully.

Stockpiles of U.S. crude oil and refined products likely declined last week. A preliminary Reuters poll showed on Monday due to the disruption in Texas.

(Reporting by Bozorgmehr Sharafedin in London, additional reporting by Jessica Jaganathan in Singapore; Editing by David Evans and Edmund Blair)