A bill called the Strategic Production Response Act, introduced earlier this month by Republican Representative Cathy McMorris Rodgers would limit presidential authority in releasing oil from the strategic reserve, except for a severe energy supply interruption.

McMorris Rodgers now chairs the House Energy & Commerce Committee after Republicans took over the chamber earlier this month from Democrats. 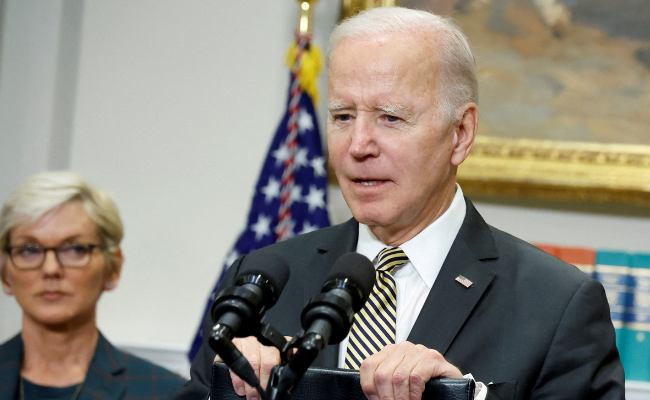 “This bill would significantly weaken this critical energy security tool, resulting in more oil supply shortages in times of crisis and higher gasoline prices for Americans,” Granholm said in the letter to the House energy panel, which was first seen by Reuters.

The administration has faced bipartisan concern over the current inventories of the emergency reserves. The letter represents the administration’s latest efforts to defend its actions and ease concerns about the state of reserves.

Granholm also cited estimates from the Treasury Department that the administration’s use of the SPR cut prices for American consumers at the pump by as much as 40 cents per gallon.

In March, Biden announced the sale of 180 million barrels of oil out of the SPR to combat surging gasoline prices that boosted inflation after Russia’s February invasion of Ukraine, the world’s largest exporter of fossil fuels. The oil sales were spread out over months, ending in December.

A Department of Energy spokeswoman said that the reserve remains the largest in the world at its current levels. 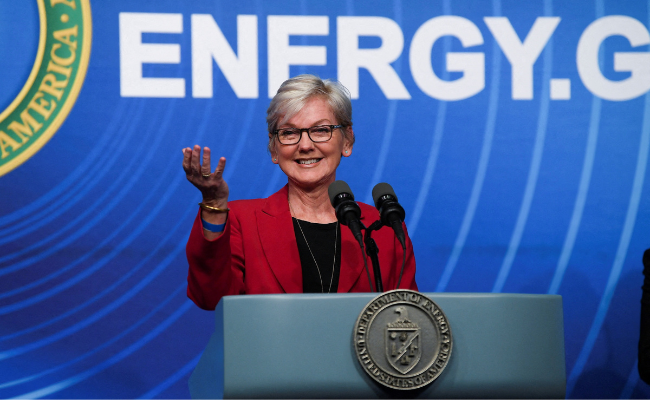 The White House has repeatedly argued such drawdowns were necessary to help lower gas prices and help Americans who were paying more than $5 per gallon in parts of the country. Prices have plummeted in recent months, but disagreements over energy policy remain.

The SPR has primarily been used to address supply concerns – such as in the wake of Hurricane Katrina in 2005 – and Republicans were dubious of Biden’s efforts to use the reserves to help drive down U.S. gasoline prices, particularly ahead of critical midterm elections.

The new House bill would make Biden’s authority conditional on him opening up more federal lands to oil and gas drilling at the same time, a long-held view of Republican lawmakers.

6 Indicators That Your Business Is Financially Healthy

The Biden administration has no set plans to conduct further sales from the SPR, though some more minor sales required by legislation passed by Congress in prior years could occur this year.

The White House has criticized the legislation, calling it “backwards” and an attempt by House Republicans to help oil companies make more profits.

Under a court order, the Biden administration allowed new leases on federal lands last year. However, many Republicans remain convinced that he wants to do away with fossil fuels and transition to an economy entirely reliant on renewable energy sources like wind and solar.