On Friday, the reality star and businesswoman Kim Kardashian filed for divorce from her rapper husband Kanye West after almost seven years of marriage and months of rumors that their relationship had broken down.

Representatives for Los Angeles Superior Court and Kardashian, 40, said she had filed the divorce papers.

Celebrity website TMZ cited unidentified sources as saying the split was amicable and that Kardashian had asked for joint custody of the couple’s four children. The grounds for the divorce were not immediately known.

Representatives for West did not immediately return a request for comment.

The filing follows months of leaks and reports that the marriage between the two celebrities was on the rocks. 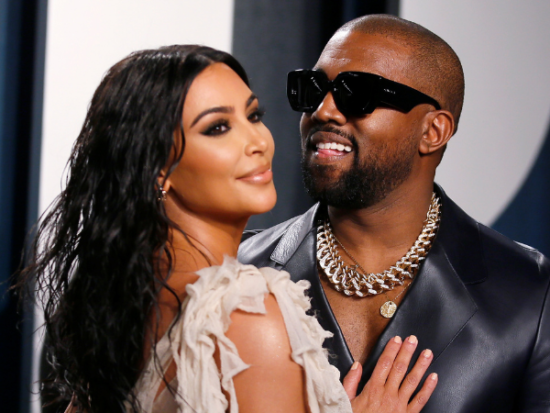 Kardashian, who made her name in the reality TV series “Keeping Up with the Kardashians,” married West, 43, in May 2014, making them one of the biggest celebrity couples in Hollywood and popularly known as “Kimye.”

Kardashian, in July, released a statement urging compassion for West’s mental health struggles. But the couple appeared to grow further apart, with the 21-time Grammy winner spending most of his time at his ranch in Wyoming and Kardashian remaining in their Calabasas mansion outside Los Angeles.

Both Kardashian and West are reported to be billionaires. West made his money through his music as well as his Yeezy fashion and sneaker line.

Kardashian, who is training to be a social justice lawyer, made her money through her TV series as a social media influencer and developed a lucrative line of cosmetics and foundation garments.

TMZ reported that the couple had a prenuptial agreement and that discussions on a property settlement were well advanced.

The wedding was the first for West and the third for Kardashian after brief marriages with basketball player Kris Humphries and music producer Damon Thomas.

MOST READ
newsinfo Ferry catches fire, sinks off Bohol; 1 dead, 1 missing
entertainment Dennis Padilla answers Leon Barretto’s open letter: ‘Been reaching out to you for 15 years’
entertainment Leon Barretto steps up for sisters, asks dad Dennis Padilla: ‘Please stop resorting to public shaming’
entertainment Kathryn Bernardo now proud to be a morena, overcomes insecurities with BF Daniel Padilla’s help
newsinfo LPA to bring rain in Southern Luzon, Visayas on Monday – Pagasa
entertainment LOOK: Rita Daniela pregnant with first child
entertainment Ken Chan to Rita Daniela on pregnancy reveal: ‘Always here for you no matter what’
DID YOU KNOW?
5 Best Noise Cancelling Headphones of 2022
The Shakti Mat: Does It Really Work?
12 Best Travel Cameras to Capture Every Moment in 2022
Top 10 Best Fitness Trackers on Amazon
How to Shop for Engagement Rings Without Breaking the Bank
Top 10 Resorts in Hawaii for a Summer in Paradise