Prince Harry and his wife Meghan have done a final split with the British royal family, telling Queen Elizabeth that they will not be returning as working members of the monarchy, Buckingham Palace said on Friday.

Harry and Meghan sent shockwaves through the monarchy in January 2020 by suddenly announcing they were splitting from the family and embarking on a new future across the Atlantic – one of the most extraordinary royal exits in decades. 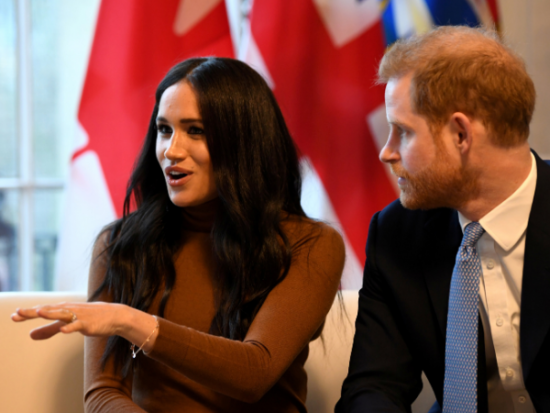 That split has now been formalized after discussions with the 94-year-old Queen Elizabeth: Harry and Meghan will lose their treasured royal patronages, which revert to the queen and distributed among other family members.

“The Duke and Duchess of Sussex have confirmed to Her Majesty The Queen that they will not be returning as working members of The Royal Family,” the Palace said.

“While all are saddened by their decision, the Duke and Duchess remain much-loved members of the family.”

The split amounts to an abdication from the royal family, whose senior members such as the queen have long prioritized duty and service above personal wishes.

The pair, who said they would remain committed to their service to Britain, will break their silence on the royal split — cast by British newspapers as “Megxit” — in an interview with Oprah Winfrey next month.

When they announced their intention to carve out a “progressive new role” away from stifling media intrusion in 2020, they said they wanted to become financially independent and honor their duties to the queen and their official patronages charities and organizations close to their hearts. 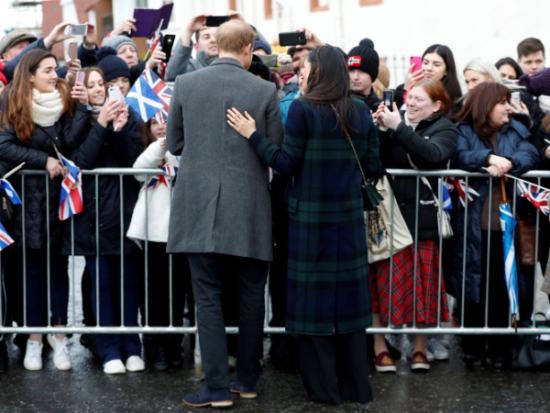 Meghan Markle, and Britain’s Prince Harry, meet members of the crowd as they arrive for a visit to Edinburgh, Scotland February 13, 2018. REUTERS/Russell Cheyne/File Photo

Those patronages have now gone. Queen Elizabeth, whose 99-year-old husband, Prince Philip, is currently in hospital in London, took a firm line.

“The Queen has written confirming that in stepping away from the work of the royal family, it is not possible to continue with the responsibilities and duties that come with a life of public service,” the Palace said.

Through a spokesman, Harry and Meghan said that they remained committed to service.

“We can all live a life of service. Service is universal, the spokesman said.

“The Duke and Duchess of Sussex remain committed to their duty and service to the U.K. and around the world and have offered their continued support to the organizations they have represented regardless of official role.”

Harry, 36, and Meghan, 39, moved with their son Archie to Southern California to live a more independent life and escape the British media. They announced on Sunday that they were expecting their second child. 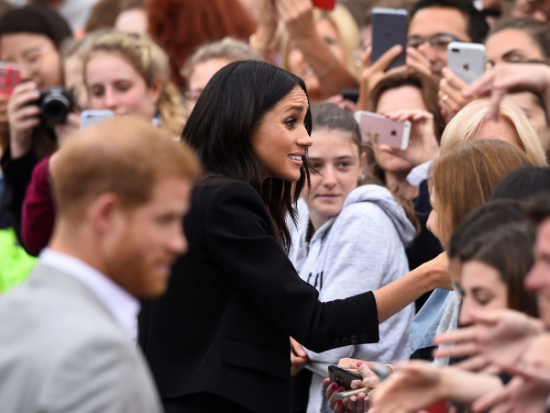 Britain’s Prince Harry and Meghan, the Duchess of Sussex, shake hands with members of the crowd during a walkabout in Parliament Square in Trinity College, Dublin, Ireland, July 11, 2018. REUTERS/Clodagh Kilcoyne/File Photo

Harry is the second son of Prince Charles, heir to the throne, and his first wife, Diana, died in a Paris car crash in 1997 while being chased by paparazzi.