U.S. workplace safety regulators have announced more than $4 million in penalties on more than 300 employers they say put workers at risk during the COVID-19 pandemic.

But about two-thirds of these employers aren’t paying up.

Only 108 companies had paid a total of about $897,000 in fines as of last week to the Occupational Safety and Health Administration (OSHA) since the pandemic hit the United States last year.

Those who haven’t paid include meatpacking giants Smithfield Foods Inc and JBS USA – which had outbreaks infecting thousands of workers – as well as packaged foods company Conagra Brands Inc. All three firms have appealed the citations and say they are without merit. 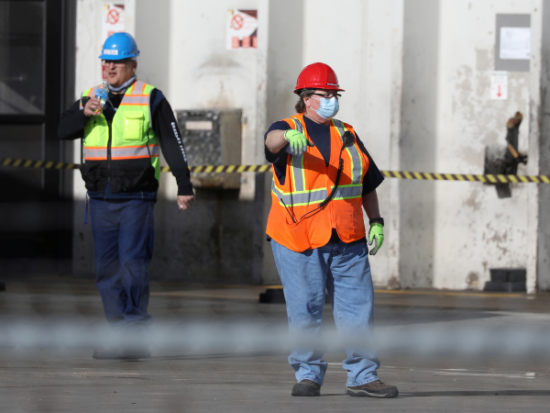 According to a Reuters analysis of OSHA enforcement data, more than half of employers cited for COVID-19 safety problems by federal OSHA authorities have appealed. According to OSHA data, that compares to 8% of fine companies that appealed in the five years before the pandemic. During the appeals – which can drag on for years – companies don’t have to pay fines and aren’t required to fix problems identified by OSHA inspectors.

The payment delays follow the agency’s larger failure to hold employers accountable for unsafe conditions during the pandemic, a Reuters special report revealed in January. Reuters identified dozens of workplaces where employees complained of slipshod pandemic safety around the time of outbreaks – and regulators never inspected the facilities or, in some cases, took months to do so.

Further, the payment delays involve relatively small fines – averaging about $13,000 – that are not an effective deterrent, especially for large companies, five current, and former OSHA officials told Reuters. Companies have so far had little to fear from regulators during the pandemic, said David Michaels, who led OSHA during the Obama administration and advised President Joe Biden’s COVID-19 task force during the transition.

“This is sending a message,” said Michaels, who is now a professor at George Washington University’s school of public health. “It’s just sending the wrong message.”

James Frederick, acting head of OSHA, did not directly address Reuters’ findings but said the agency is “taking a hard look at enforcement efforts related to COVID-19.”

Frederick, a Biden appointee, pointed to new guidance OSHA issued to employers on infection control in January, following a White House executive order on pandemic worker safety. The agency is exploring the development of an emergency standard that could require masks and social distancing at workplaces, a move resisted by former President Donald Trump’s administration.

Reuters examined citations issued by federal OSHA but not those issued by OSHA affiliates who handle enforcement in about half of states.

Meatpacking giants JBS and Smithfield both argue that OSHA’s citations are baseless because the agency had not issued guidance to meatpacking companies on protecting workers from the virus at the time of the alleged violations in March. The companies said they did their best in the absence of clear standards and have since improved worker protections.

OSHA says all companies have a “general duty” to protect workers from hazards, including infection and that both companies failed to ensure a safe workplace. 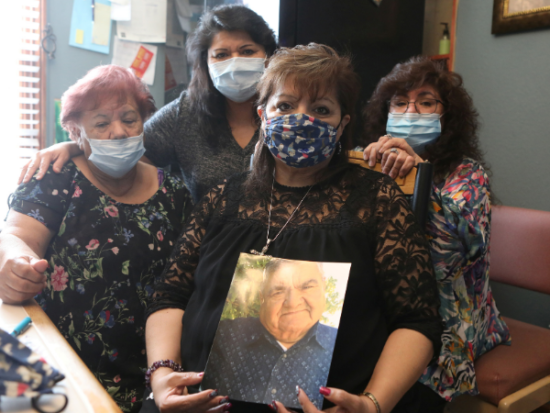 OSHA fined JBS $15,615 in September for violations at its beef plant in Greeley, Colorado, where six workers died and 290 tested positive for coronavirus through the end of July. The same month, it levied a $13,494 fine on Smithfield for failing to protect workers at its pork plant in Sioux Falls, South Dakota, where nearly 1,300 workers were infected, and four died as of June.

The companies’ appeals are pending before administrative judges at the Occupational Safety and Health Review Commission, an independent agency that reviews contested OSHA citations.

Worker advocates and family members of those who died at the plants are frustrated by what they call a lack of accountability for companies that exposed workers.

Many companies are fighting the relatively small fines because admitting violations can open up a firm to more costly workers’ compensation claims or wrongful death lawsuits, said John Ho, an attorney at law firm Cozen O’Connor who has defended corporate clients against OSHA and fought corporate appeals as a Labor Department attorney. The violations can also complicate companies’ efforts to secure government contracts.

“That’s going to strike your bottom line, in a lot of cases, very significantly,” said Ho, who is not involved in the cases described in this article.

“Workers throw up their hands and think there’s nothing they can do,” Cordova said.

OSHA’s directives for JBS to address workplace hazards are on hold during the appeal. In September, OSHA ordered JBS to enforce social distancing, screen employees for symptoms, and work with local government officials on contact tracing to identify exposed workers.

In a statement, JBS said its workplace safety measures provide more protection than what OSHA has required.

Anthony Martinez, a meat cutter at the plant, said he and other employees work so closely that he “can smell the guy’s breath next to me” through their masks. 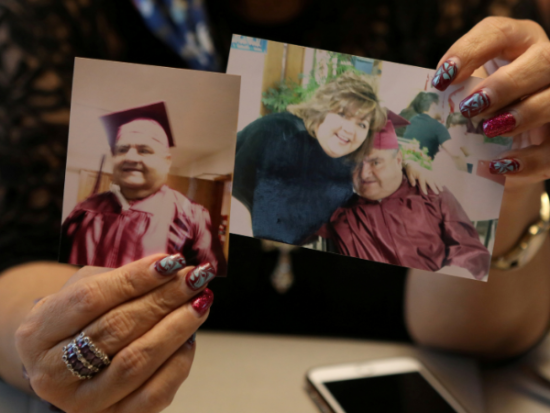 Beatriz Rangel, a daughter of longtime JBS USA meatpacking plant employee Saul Sanchez, holds a photo of him from when he graduated high school at 60-years-old at his home after he died coronavirus disease (COVID-19) in Greeley, Colorado, U.S. April 10, 2020. REUTERS/Jim Urquhart/File Photo

OSHA has cited hospitals and other medical facilities run by Hackensack Meridian Health 15 times since September, levying more than $250,000 in fines for problems including an alleged lack of protective gear and a failure to ensure masks fit properly on nurses working with COVID-19 patients.

OSHA required the New Jersey facilities to document how they fixed the protective gear problems. But the company is appealing all of the citations, leaving workers facing the same unsafe conditions, said Debbie White, president of the union representing healthcare workers at several of the firm’s facilities.

“Clearly, they are not working to improve the safety of their working conditions,” said White of the Health Professionals and Allied Employees union.

Hackensack Meridian Health said in a written statement that no corrective action is needed because worker safety was never compromised. The company said it has ample supplies of protective gear and properly trains staff on mask-wearing.

After the company appealed many citations in November, workers at several Hackensack Meridian hospitals started noticing that managers were giving nurses what appeared to be low-quality N95 masks without the proper labeling. Kendra McCann, a registered nurse at Hackensack Meridian’s Jersey Shore University Medical Center, said staff couldn’t get a protective seal around their faces. Management dismissed their concerns, she said.

“They get fined, and they just continue,” McCann said.

A few weeks after the ​managers provided allegedly defective masks, there was a sharp uptick in COVID-19 cases among staff, according to the union, which has filed a complaint with OSHA alleging the masks are known counterfeits.

Hackensack Meridian said it is investigating staff concerns about the masks.

Only about a third of companies have paid their pandemic-related OSHA fines – and more than 80% of those who did pay saw their fines reduced in settlements with the agency. A Reuters review of OSHA’s violations data shows those reduced COVID-19 fines dropped an average of 46%, to $7,411, from an initial average of $13,760.

Among the firms that have negotiated lower penalties are the Andover Subacute & Rehabilitation nursing homes in New Jersey. Andover made national headlines in April when local police found 17 bodies stored in a makeshift morgue at one of the facilities following a COVID-19 outbreak. The New Jersey Attorney General is investigating Andover and other nursing homes that had a high number of COVID-related deaths and a poor track record in health inspections.

Representatives of the nursing facilities’ owner, Alliance Healthcare, did not respond to requests for comment.

By comparison, another agency, the Centers for Medicare and Medicaid Services, assessed a much larger fine – $220,000 – after its inspection of one of the Andover facilities found inadequate staff training and poor infection-control practices.