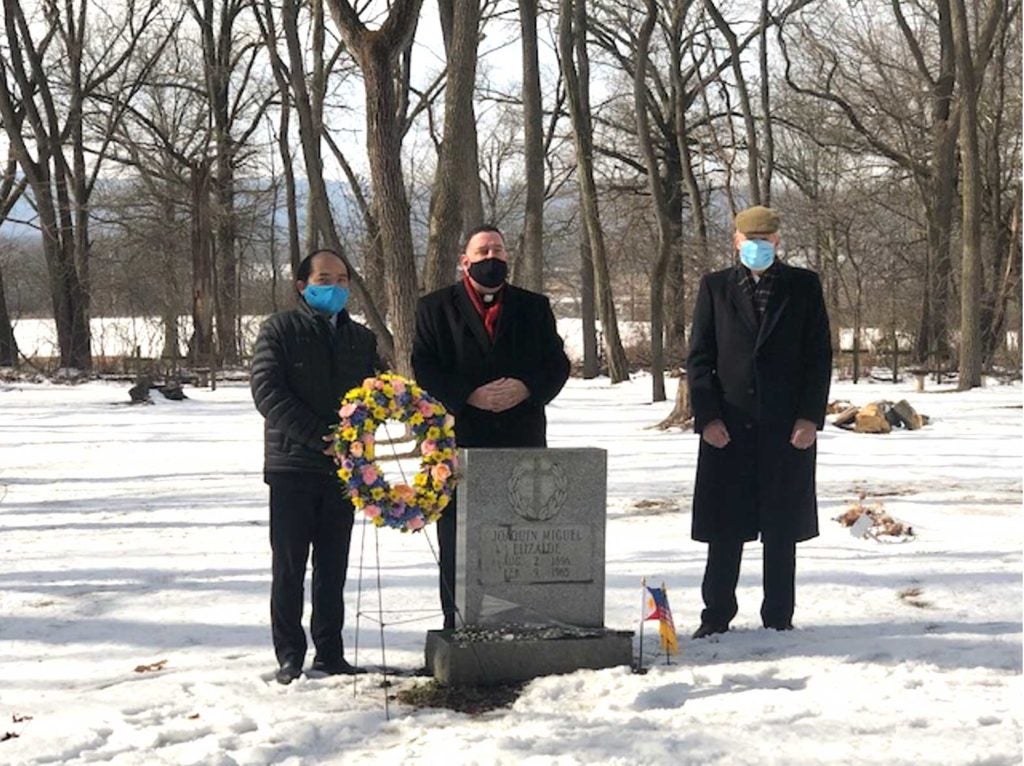 At exactly 12 noon, a small group of representatives of the Philippine Embassy in the United States, US-Philippines Society, and St. Joseph-on-Carrollton Manor Parish gathered around Ambassador Elizalde’s gravestone.

Fr. Kevin Farmer, St. Joseph’s Pastor, offered prayers for the dead. A special prayer was said for Ambassador Elizalde and his grave was sprinkled with holy water. 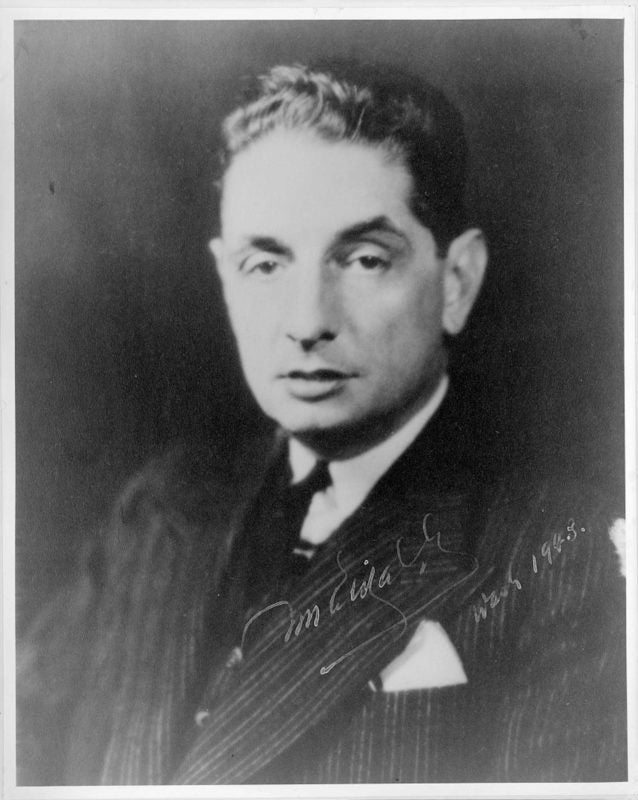 The prayers were followed by the playing of a clip of a speech delivered by Ambassador Elizalde on 16 December 1941, or a few days after the bombing of Pearl Harbor. In his “Message to the Philippines,” now stored at the Recorded Sound Research Center of the Library of Congress, Ambassador Elizalde foreshadowed how the destinies of the Filipino and American peoples will eventually be forged by the fires of war, and presciently anticipates the strategic importance of the Philippines in southeast Asia. The recording was made available to the Embassy by the Philippines on the Potomac (POPDC) Project.

Consul General Chan Gonzaga and Hendrickson delivered remarks emphasizing the importance of Ambassador Elizalde’s role in the beginning of Philippines-U.S. relations, and highlighting the important friendship, alliance, and partnership of our two countries.

“The commemoration of Ambassador Elizalde’s death anniversary auspiciously marks the beginning of a year-long celebration of the 75th year of formal diplomatic relations between the Philippines and the United States,” Philippine Ambassador to the United States Jose Manuel G. Romualdez said in a statement following the ceremony.

“The work, life and legacy of Ambassador Elizalde is a clear testament to the deep, historic, and enduring relationship between our two countries. However, we are also reminded that PH-U.S. relations continue to be an unfinished project. Our task is to build upon the strong foundations of the past in order to achieve a common future of mutual peace and prosperity,” Ambassador Romualdez also stated.

“In commemorating the 75th anniversary of US-Philippines diplomatic ties, the Society recognizes the foundational role of Ambassador Elizalde in setting in motion an enduring relationship between our two sovereign nations that has grown and prospered for three-quarters of a century.” US-Philippines Society Executive Director Hank Hendrickson also said after the event.

“And, on a personal note, it was a special pleasure to visit Ambassador Elizalde’ grave site at the St. Joseph church cemetery near Frederick, Maryland, my hometown,” he added.

“It is an honor to receive our guests from Washington and the Philippines. We are thankful for this chance to pray together, to remember the Ambassador and all of the departed in our cemetery,” Fr. Farmer said during the ceremony. He was joined by Ruth Puls, Executive Director of Mission; Martina Vallecillo, Coordinator of Children’s Faith Formation; and Toni Edwards, Coordinator of Ministries Administration.