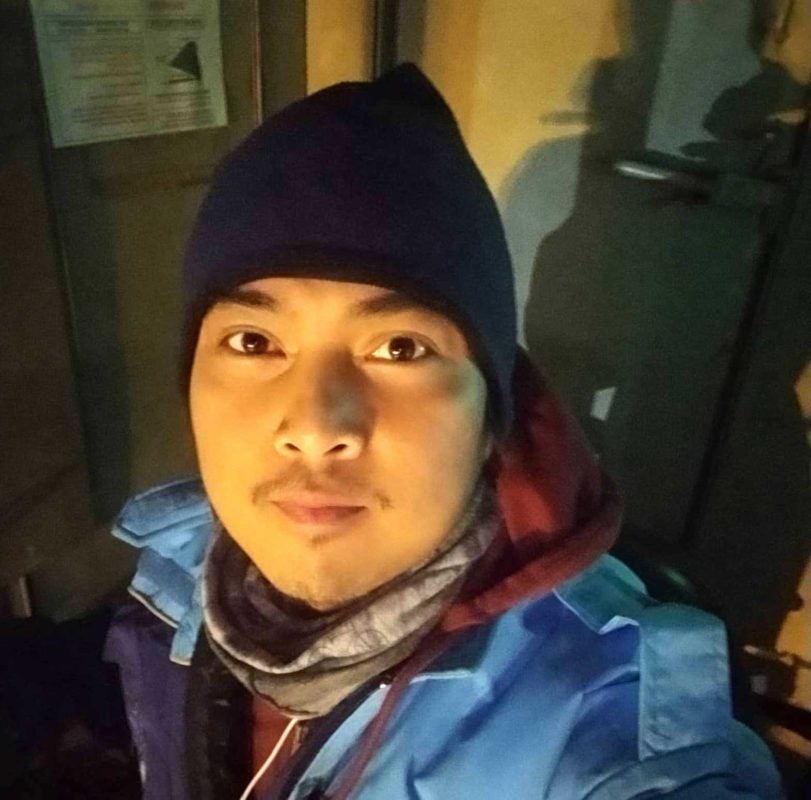 HALIFAX, Nova Scotia – When a huge wave slammed against the deck of the bulk carrier MV Giulia I on Saturday, Jan. 30 off the coast of Nova Scotia, three Filipinos were injured and one died in the ship’s infirmary. A helicopter was supposed to medivac them but was unable to do so due to the bad weather.

Now Marinduque’s widow, Kathleen, is asking why the ship was not re-routed in the face of turbulent weather and why the crewmen were kept working under that condition. Kathleen also urged the Philippines’ Overseas Workers Welfare Administration (OWWA) to probe the crewmen’s working hours and an alleged lack of rest days.

Meanwhile, the Filipino community in Halifax, Nova Scotia, where the ship docked after the incident, sprang into action to help the crewmen, according to Philippine Canadian News, an Inquirer.net news partner. 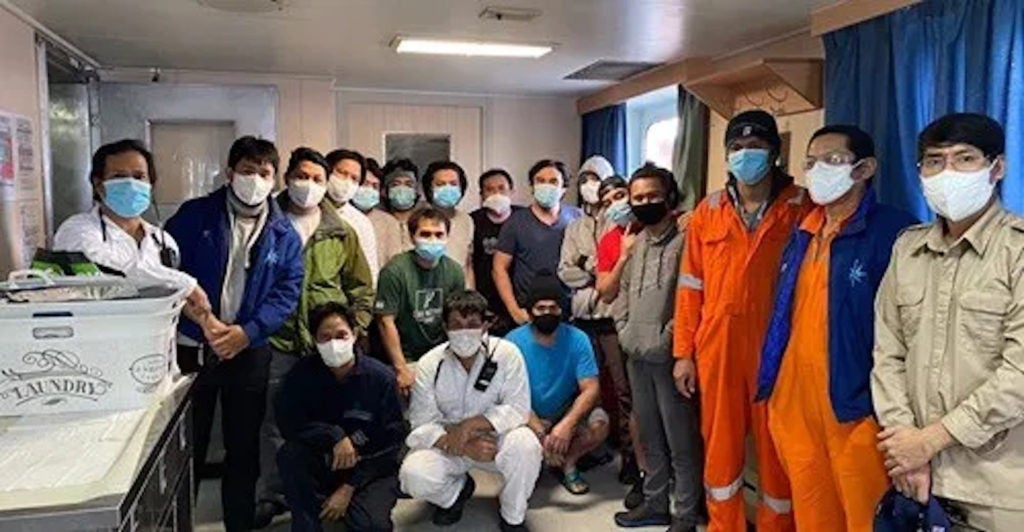 Filipino crewmen of the MV Giulia I, which docked in Halifax after the accident at sea that killed Jake Marinduque and injured three of his colleagues. PCN

Led by Philippine Consul Connie Lacson community members have mobilized to bring donations of food, toiletries, etc. to the crew on board the ship. All donations were being facilitated and delivered to the seafarers by Jake Salcedo who, using social media, through the Facebook group Nova Scotia Pinoy Tambayan, has tapped into the Filipino spirit of Bayanihan.

Because the seafarers have no other means of contact with their families and loved ones back home except through their cell phones, they were given SIM cards through a GoFundMe campaign organized by Micah Lacson. Donations poured in, from home-cooked meals to pizza donated by Domino’s, lifting the seafarers’ spirits as they wait to resume their voyage at sea.

MOST READ
usa Monkeypox: Should the world be concerned?
usa The latest on the tragic Texas school shooting that left 19 children, 2 adults dead
usa Top 10 Richest Companies in the World as of 2022
usa A Time to Rise, Again!
usa Quo Vadis, Philippines: Part II
usa Ramona Diaz’s ‘A Thousand Cuts’ spotlighting Maria Ressa wins RFK Journalism Award
usa Ethereum co-founder warns of crypto crash – ‘Pay more attention’
DID YOU KNOW?
The Best Kindle of 2022: Which one should you buy?
A Beginner’s Guide to Buying a Vacuum Cleaner in 2022
Island Hopping in Tulum: The 12 Best All-Inclusive Tulum Resorts
How to Dispute a Debt and Win | Simple Tactics
The 12 Best Lat Exercises for Muscle Growth
Countdown to summer: tips for learning how to surf