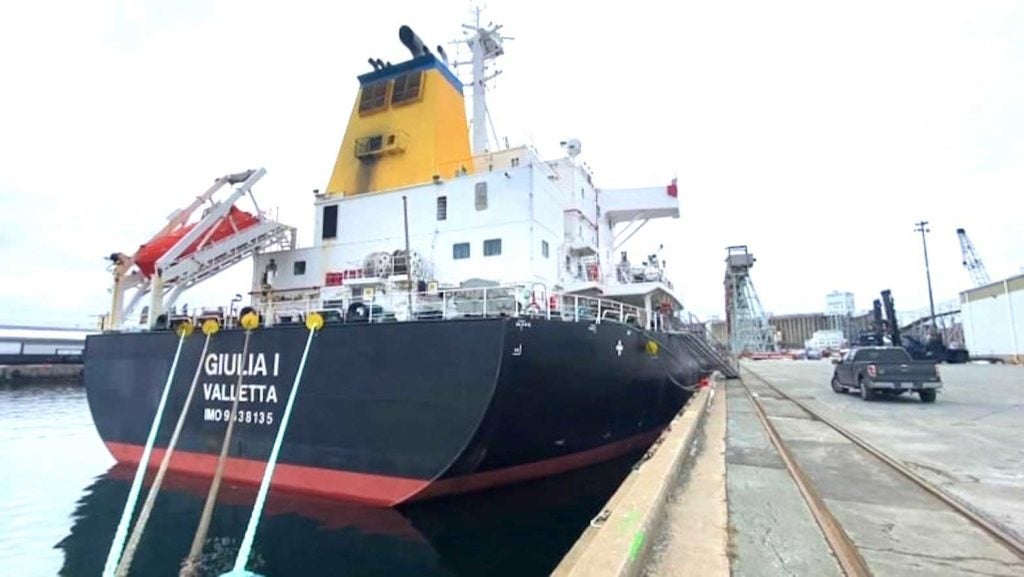 The bulk carrier MV Giulia I was reportedly struck by a high wave on Saturday about 320 nautical miles southeast of Nova Scotia on its way to Africa from Virginia. CBC

HALIFAX, Nova Scotia – A crew of Filipino sailors were recovering in Halifax on Monday after a turbulent sea left one of them dead and three others injured. The 30-year-old Filipino fatality’s identity has not been disclosed.

The bulk carrier MV Giulia I was reportedly struck by a high wave on Saturday about 320 nautical miles southeast of Nova Scotia on its way to Africa from Virginia, according to CBC News.

The incident comes as NOAA’s Ocean Prediction Center was tracking a strong low pressure system off the northeast coast of the U.S. that was forecasted to produce significant wave heights up to 52 feet.

The ship left Norfolk, Virginia, with 20 crewmembers on board. A distress call was received at 2:12 p.m. Atlantic time and the vessel diverted to Halifax, where it arrived just before 1 a.m. Monday.

Karl Risser, an inspector with the International Federation of Transport Workers, said crew members on board were understandably shaken after losing another sailor, a 30-year-old man.

“I had the chance to tour the ship today and talk to some sailors,” Risser said Monday. “Obviously, they are very traumatized by the incident and we are working with them to provide the support for our community here in Halifax.”

Risser said crew members were hoping to get off the ship before leaving. Transport Canada and the RCMP are investigating the accident to verify compliance with the Maritime Labor Convention and ensure that obligations regarding the well-being and rights of the crew are met.

Hundreds of international sailors spend 12 months or more without permission ashore. The MV Giulia crew has not left the ship since September.