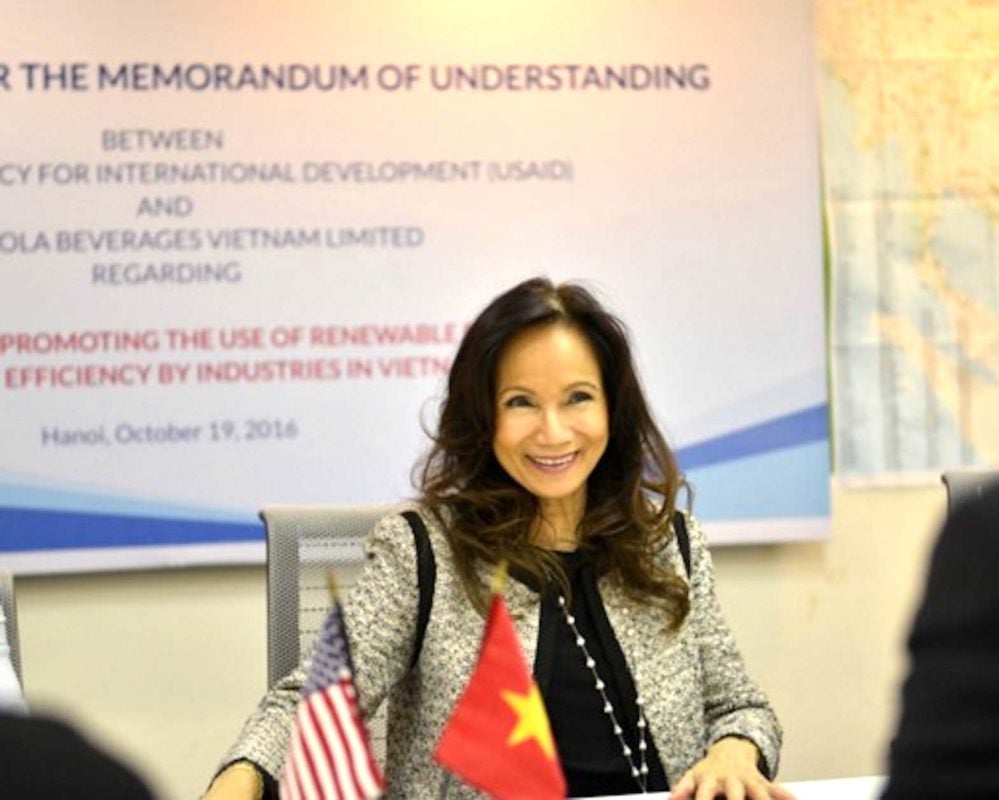 Gloria Diño Steele in 2016 as Senior Deputy Assistant Administrator for Asia observing signing of  MOU between USAID and Coca-Cola Vietnam to establish a partnership to increase the use of renewable energy and improve industrial energy efficiency in Vietnam. Nguyen Thac Phuong/ USAID

SAN FRANCISCO — President Joe Biden has named a Filipina American as the acting administrator of the United States Agency for International Development or USAID, in a move aligned with his pledge to build a government that “looks like America.”

Her gender, race and origins, however, merely gild Gloria Diño Steele’s long and remarkable service in the federal government and her readiness for the role.

Armed with a Business Administration degree from Miriam/Maryknoll College in Manila and a master’s degree in Agricultural Economics from Kansas State University, the Philippine-born executive got the nod pending Senate confirmation of actual nominee Samantha Power, Ambassador to the United Nations from 2013 through 2017.  Power’s Senate hearing was not scheduled at press time.

Biden appointed Steele within hours from his inauguration on Jan. 20, 2021.  Steele, a resident of Virginia, is the first known Filipino American woman to hold a top spot along with several agency heads on the Biden transitional team.  (Jason Tengco of California, Biden-Harris campaign chief of staff for coalitions, has been named White House Liaison for the same.  His mother Velma Alinea Tengco happens to be a college classmate of Steele.)

The appointment puts an exclamation point on Steele’s 40-year service at what is recognized as the premier international development agency in the world.  USAID supports advancement of U.S. national security and economic prosperity. It states promotion of self-reliance and resilience among recipients of its funding assistance as a major purpose.

Steele officially retired on Dec. 31, 2020 as Acting Assistant Administrator and Senior Deputy Assistant Administrator for Asia, her position since 2015.  This month she assumed her role as COO of CARE, a non-governmental organization founded in 2000 to combat poverty in 100 countries.  Its strategies center on equality, focusing on women and girls, whom it identified as disproportionately deprived of opportunities.

Superlatives have marked Steele’s career for decades, including highest service awards from two US presidents and a Philippine president. Steele deflects the acclaim, preferring to highlight contributions of staff and as a whole body, according to a USAID farewell article posted in December. 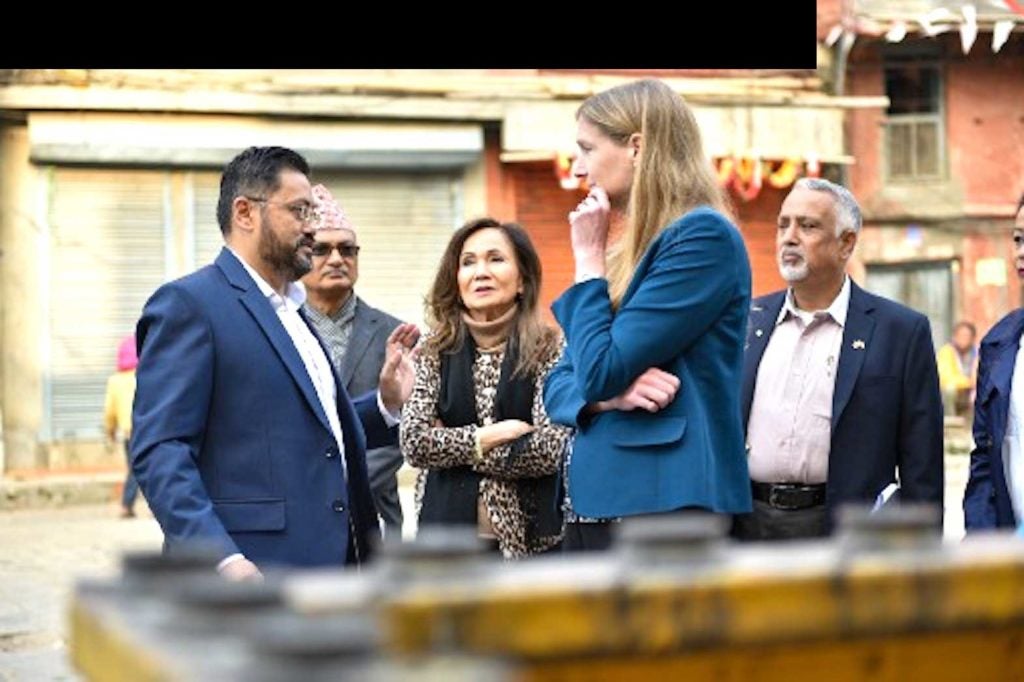 “She wants to talk about others — her friends, her colleagues, or as she calls them, her second family,” rather than herself and her achievements, said Nicholas Acosta of the USAID Bureau for Asia.

“People attribute all of the wonderful accomplishments of the Bureau to me. But that’s not fair. I can’t do it on my own. It’s what each of us does every day; our success is the cumulative impact of each of my friends and colleagues in Washington and our Missions… It’s not only me who is making things happen. It’s everyone around me.”

Those closest to Steele, who call her by her nickname, expect that very modesty amid her resolve.

“Yoya has always been a grounded and low-key individual.  Growing up in a loving and close-knit family, the values nurtured at home and in school were key to her focus, her dedication and passion for the mission of USAID,” shared Clariza Lomotan Mullins, Steele’s best friend from childhood at College of the Holy Spirit in Manila.

“Anyone who knows Gloria or has worked with her will attest to her integrity and professionalism,” Mullins gave a closer look.  “As her friend, I have seen her work hard even on weekends and on Sundays when Asia was ‘waking up.’  She was consistently strategic as leader in addressing tasks and programs. Being resilient, conscientious, and always prepared, her extensive global experience has surely equipped her in her interim role overseeing USAID.”

They brought out the best in each other, Mullins told Inquirer.net.  “I consider myself blessed by her friendship since we were in grade school.  Our bond of friendship grew stronger during our college years in Maryknoll where we both majored in Business Administration.” 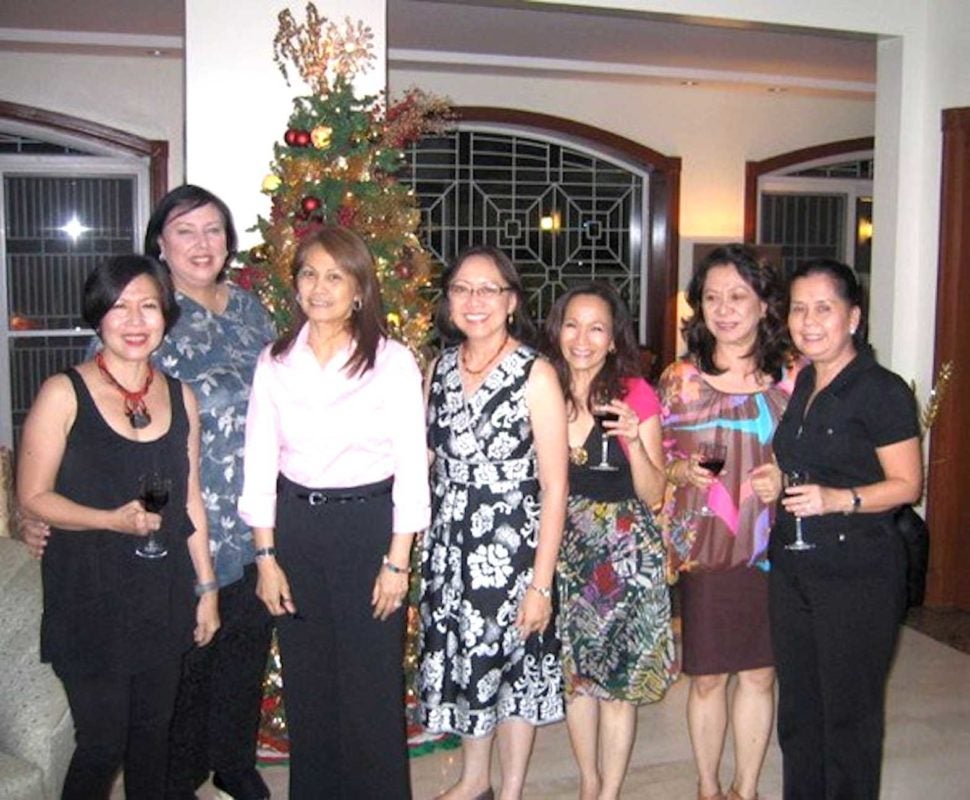 Both strode a path of distinction, with Mullins also forging a brilliant career with the UCLA Foundation, as treasurer of Pepperdine University and then as City of Los Angeles Director of Treasury Services.

Their friendship has endured despite their homes being on opposite ends of the country.  Both are mothers.

“We’ve stayed regularly in touch with many weekend conversations that ranged from redecorating our homes, exchanging recipes, happenings in the lives of our children and families, and other ordinary stuff,” said Mullins, giving a peek at her friend’s other talent:  “Her pies and holiday dishes are amazing.”

“When I was a little kid, my Ate Yoya who is 12 years older than me would tag me along her speed reading classes, swimming (so I learned how to swim!) and driving lessons. She was always studying or working and constantly improving herself in small and big ways,” Diño said on social media where she broke the presidential news.

“Today, it is with great pride and honor that I share with you a recognition that none of us ever expected beyond our dreams,” announced Dino, herself a Miriam/Maryknoll High School graduate.  “Ate, you are not just our family’s pride but the Filipino people as well. I know Mommy and Papang are beaming with joy and pride and I know, they are rejoicing in the heavens now.”

Steele’s appointment stoked pride among members of her Maryknoll College Class of 1974, who flooded their Viber group with congratulations.  In 2019, her class’ 45th jubilee, she was among 11 graduates honored as Amazing Alumnae Achievers at the year’s Homecoming.

Steele thrived in the public arena, starting as management consultant for the Philippine Dept. of Agriculture.  Her job description engaged her with the “private sector, civil society and universities to spark growth in both GDP and improving governance,” according to the Federal News Network.

“The stars were aligned when I got there. The president was committed to achieving growth, to alleviating [and] eliminating poverty and he identified corruption as a major source of poverty in the Philippines,” Steele told Federal Drive, an FNN morning radio program in the DC area accessible online. 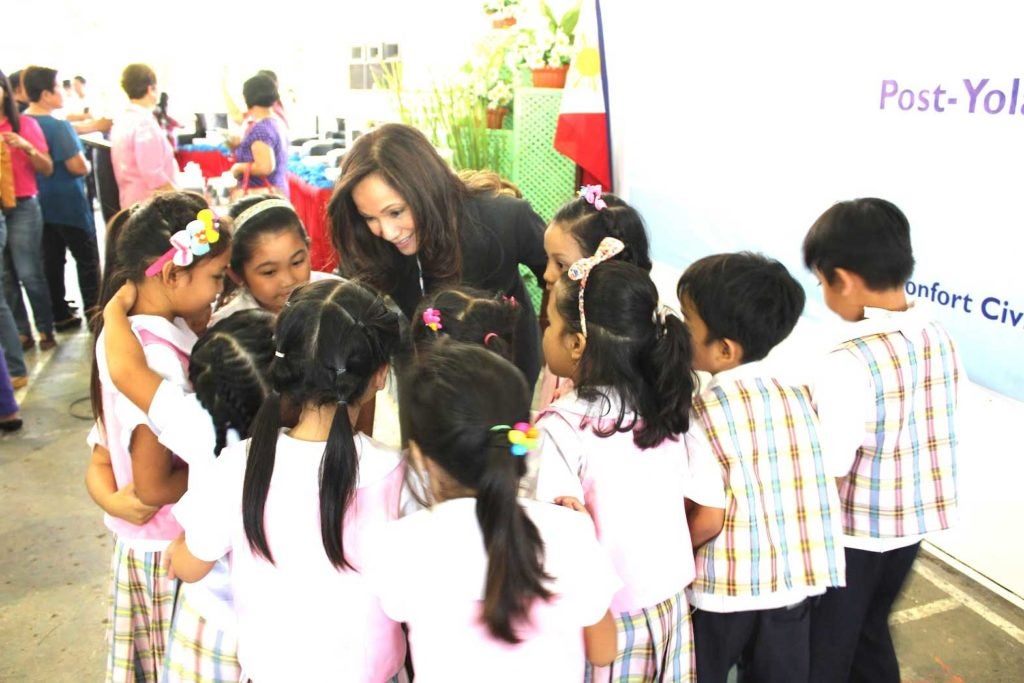 Diño meeting beneficiaries of her agency’s development assistance in the Philippines.  USAID

“Her work was highly esteemed in Manila and was recognized too by the USAID partners in the country at the time. The agency offered her a scholarship to receive her master’s degree in agricultural economics from Kansas State University,” program host Tom Temin noted.

From her entry in 1980, Steele steadily rose to executive positions including as Mission Director for the Philippines, the Pacific Islands, and Mongolia, from 2010-2015, when she oversaw a program budget of $500 million.  In 2005 she served as the Senior Deputy Assistant Administrator for Global Health, overseeing an average annual health program budget of $1.5 billion and a staff of 240.

At the dawn of the 21st Century she held leadership posts for the bureau in Europe, Eurasia and Africa.  She applied her acuity and skills as an agricultural economist, overseeing applied research on land tenure, access to agricultural credit, food security, and natural resource management.

As she prepared to close her four decades of federal service, Care USA president and CEO Michelle Nunn in November announced Steele’s next adventure.

“We are thrilled to have Gloria join the CARE family, at a pivotal moment as we celebrate our 75th anniversary and focus our energies to achieve even greater impact,” Nunn said. “Her proven track record of confidently charting and achieving ambitious goals and transformational change will be critical as CARE strives to accelerate our impact around world.”