SAN FRANCISCO — The UP Alumni Association of San Francisco strongly denounced the Philippine defense department’s abrogation of the University of the Philippines-Department of National Defense Accord guaranteeing the “non-entry of the state forces inside the campus and non-intervention in protests within the campus.”

The accord was signed in 1989 by then-University of the Philippines (UP) President Jose V. Abueva and then-defense secretary Fidel V. Ramos as an offshoot of an incident inside the UP campus on the night of June 16, 1989 at Vinzons Hall, when UP Collegian staff member, Donato Continente, was abducted by soldiers, and allegedly tortured and forced to confess to the killing of American soldier Col. James Rowe. 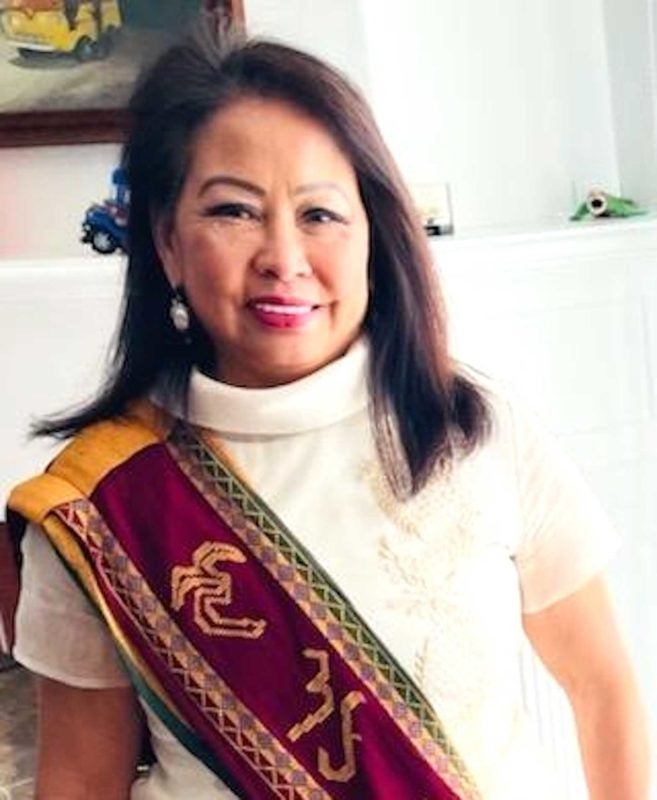 UPAASF President Sonia Delen stresses that UP is a sanctuary for diverse beliefs and expressions, producing some of the nation’s finest leaders. CONTRIBUTED

Days later on 30 June.1989, Abueva and Ramos signed the “1989 UP–DND Accord” that required government law enforcement agencies to give prior notice before police and military could enter UP campuses thus establishing certain norms and protocols governing university and military relations.

Current Defense Secretary Delfin Lorenzana unilaterally scrapped this accord, writing in a January 15, 2021 letter to UP President Danilo Concepcion that his the agreement has been a “hindrance in providing effective security, safety, and welfare of the students, faculty, and employees of UP.”

Lorenzana added that the Communist Party of the Philippines (CPP) and its armed wing, New People’s Army (NPA), both tagged as terrorist organizations by the Anti-Terrorism Council, have been recruiting students inside the campus.

UPAASF President Sonia Delen denounced Lorenzana’s action, saying that academic freedom is guaranteed by the Philippine Constitution: “This freedom made UP a sanctuary for diverse beliefs and expression, and as such, UP has produced some of the nation’s finest leaders.”

For her part, UPAASF Board Chair Luisa Yee maintained that Secretary Lorenzana failed to give a clear explanation for the abrogation. “It is clear to us, however, that the freedom afforded UP by the now nullified Accord was no threat to the Philippine government or military. Rather, that freedom allowed UP to brilliantly contribute to the good of our nation. We stand with UP President Concepcion in calling for the continued support of UP’s thinkers and doers,” Yee stressed.

The UPAASF statement noted the statement of President Concepcion: “UP has bred rebels and nonconformists—as well as it has bred presidents, senators, congressmen, and business, civic, and even military leaders. All the world’s great universities have produced the same range of thinkers and doers. By and large, intellectual and political dissidents in UP have always been in the minority, but it is a critical minority that has historically been vital to the maintenance of a healthy democracy.”

The 1989 Abueva-Ramos UP-DND accord states, “Prior notification shall be given by a commander of an AFP, PC-INP, or Citizens’ Armed Force Geographical Units (CAFGU) unit intending to conduct any military or police operations in any of the UP campuses.”

It further stipulates that, “no member of the AFP, or the PCP-INP, or CAFGU shall enter the premises of any of the campuses or its regional units” except in cases of hot pursuit and similar occasions of emergency.

In case any of the UP officials seek the assistance of the AFP or PC-INP, “only uniformed member of the troops with proper identification” will be allowed inside the campus. UPAA-SF Board Chair Luisa Yee expressed alumni’s support for “UP thinkers and doers” and maintained that Secretary Lorenzana failed to give a clear explanation for the abrogation of the UP-DND agreement. CONTRIBUTED

Other salient provisions of the 1989 Accord include the non-interference of the military and police peaceful protest actions by UP constituents” within campus premises, that the UP administration shall be informed of any search or arrest warrant on any student, faculty, employee, or invited participant of the university in any official UP activity, no UP student, faculty, or employee shall be subjected to custodial investigation without prior notice” to the administration of UP, and that nothing in the agreement shall be construed as a prohibition against the enforcement of the laws of the land, among others.

A joint monitoring group (UP Faculty Regent, UP Student Regent, UP Vice-President for Public Affairs, and university administration) and the police and military was also supposed  to meet at least twice a year, or as often as may be necessary, to determine compliance with the agreement.

There had been an earlier agreement, known as the Soto-Enrile Accord, signed in 1982 by student leader Sonia Soto and then-Defense Minister Juan Ponce Enrile, also explicitly prohibiting the entry of police and military forces except in hot pursuit operations and emergency situations.   .

UP earlier stated that at least 15 members of President Rodrigo Duterte’s cabinet were former UP students and there are also others actively serving in all branches of the Philippine government.

School administrators of Ateneo de Manila University, De La Salle University, University of Santo Tomas and Far Eastern University on Sunday blasted Parlade’s assertion as “irresponsible and a mere rehash of what he had alleged in 2018, which had visibly failed to materialize as like this one, came with no concrete evidence.”