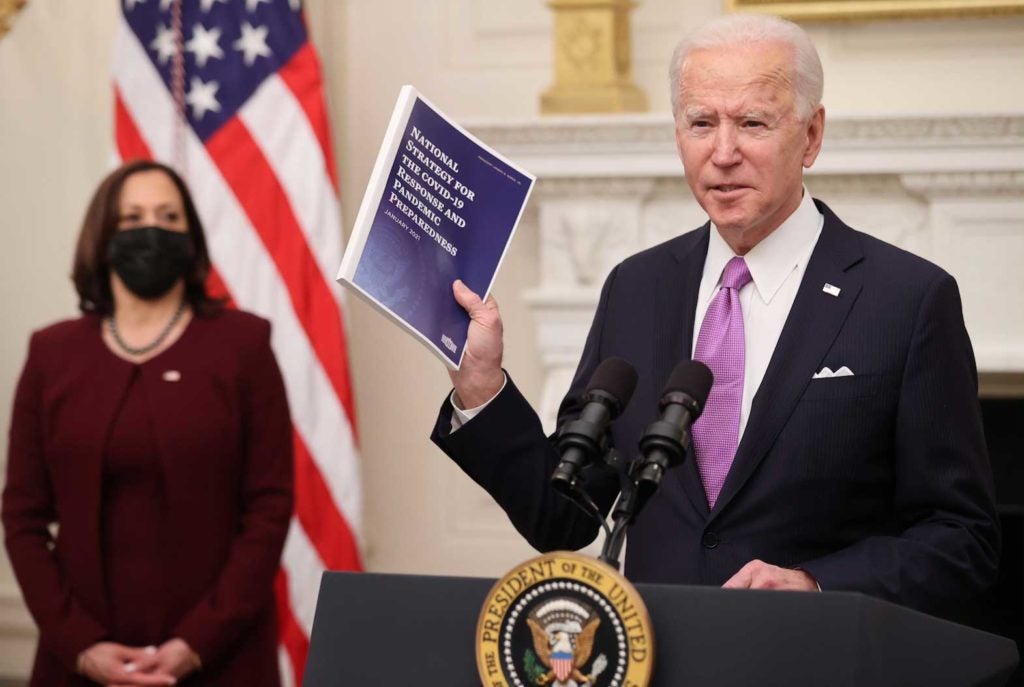 WASHINGTON – Officials in President Joe Biden’s administration tried to head off Republican concerns that his $1.9 trillion pandemic relief proposal was too expensive on a Sunday call with Republican and Democratic lawmakers, some of whom pushed for a smaller plan targeting vaccine distribution.

Lawmakers from both parties said they had agreed that getting the COVID-19 vaccine to Americans should be a priority, but some Republicans objected to such a hefty package only a month after Congress passed a $900 billion relief measure.

“It seems premature to be considering a package of this size and scope,” said Republican Senator Susan Collins, who was on the call with Brian Deese, director of the White House’s National Economic Council, and other top Biden aides.

Collins said she agreed additional funding was needed for vaccine distribution, but in a “more limited” bill, and planned to discuss such a measure with other lawmakers.

Senator Dick Durbin, the Senate’s No. 2 Democrat, said the call had shown that coronavirus relief was Biden’s top priority.

“We can’t wait,” White House Principal Deputy Press Secretary Karine Jean-Pierre told reporters. “Just because Washington has been gridlocked before doesn’t mean it needs to continue to be gridlocked.”

The White House did not provide a readout of the call, but Jared Bernstein, a member of Biden’s Council of Economic Advisers, told CNN afterward that the $900 billion in relief passed in late 2020 would only help for “a month or two.”

The COVID-19 pandemic has killed more than 417,000 Americans, thrown millions out of work and is infecting more than 175,000 Americans a day. (Graphic: https://tmsnrt.rs/34pvUyi)

Biden, who took office on Wednesday, campaigned on a promise to take aggressive action on the pandemic, which his predecessor, President Donald Trump, often downplayed.

The Trump administration lagged far behind its target of 20 million Americans inoculated by the end of 2020 and left no plan for how to distribute the vaccine to millions of Americans, White House Chief of Staff Ron Klain said on Sunday.

While Congress has already authorized $4 trillion to respond, the White House says the additional $1.9 trillion is needed to cover the costs of responding to the virus and provide enhanced jobless benefits and payments to households.

Outlining his package earlier this month, Biden said that while enacting it would not come cheaply, “failure to do so will cost us dearly.”

Although Biden’s Democratic Party narrowly controls the House of Representatives and Senate, the legislation will likely need bipartisan support to become law.

Besides the price of the package, there is concern about a proposal to send $1,400 stimulus checks to most Americans, even some with fairly high incomes.

“The additional stimulus checks that the president is proposing are not well targeted,” Collins said in an emailed statement. She said, for example, that a family of five in her home state of Maine with an income in excess of $300,000, who would receive a partial check, was likely not suffering economic harm.

Republican Senator Mitt Romney said he would listen to the White House, but told “Fox News Sunday” that the $1.9 trillion figure was “shocking” and that borrowing large sums of money to fund the bill was not “the best thing” for the U.S. economy long term.

Senator Angus King, an independent who aligns with Democrats, said senators on the call had sought answers on how much of the $900 billion passed last month had been spent.

Democratic Senate Majority Leader Chuck Schumer acknowledged remarks from some Republicans had not been positive, but voiced hope they would see the need after Sunday’s call.

“But if they don’t, there are tools we can use to move forward on our own. And we will,” Schumer told reporters in New York. He said those included “reconciliation,” which allows major legislation to pass the Senate on a simple majority.

Biden has said he wants to unify a divided country. Trump’s tenure drew to a close with his second impeachment by the House after supporters stormed the U.S. Capitol on Jan. 6 in a deadly bid to overturn his election loss.

The push for coronavirus relief is complicated by Trump’s looming Senate impeachment, which not only threatens to deepen divisions between Democrats and Trump’s Republicans but could consume time that might be spent finalizing a package.

Senators said they hoped to pass legislation before the trial’s start during the week of Feb. 8.