The year 2022 has just started, and a lot has transpired. Taking a break for some eye candy wouldn’t hurt. Our list of the sexiest man alive will be your ultimate guide. These quality specimens had made their mark, leaving quite an impression.

Aside from physical attractiveness, they have skills, talents, wits, and social interventions. In this post, we’ll reveal those hotties who earned the sexiest man alive label. The most difficult part is choosing the most beautiful man. Yes, the struggle is real.

While the PEOPLE magazine’s sexiest man alive is a privilege, it’s just a nice feeling to be admired by family, friends, and random strangers after earning the title. Sean Connery may not be on this list, but he is the oldest sexiest man alive to date. 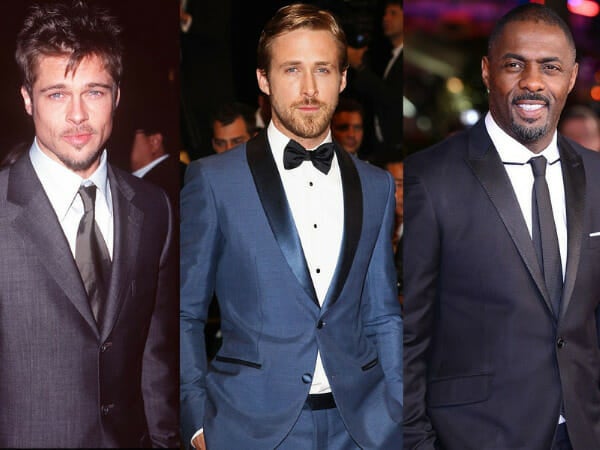 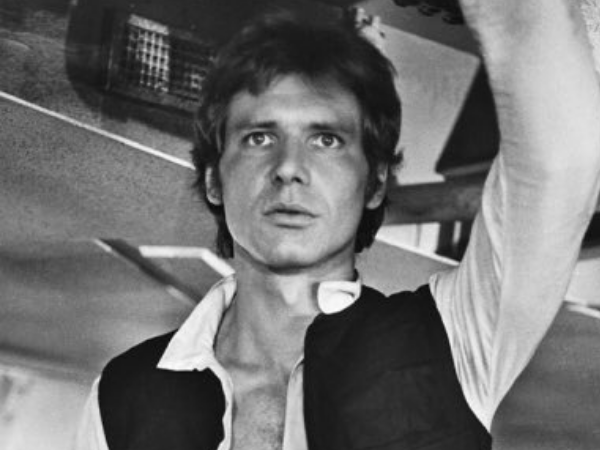 Playing a series of sexy action heroes roles in Indiana Jones and Star Wars, Harrison Ford never expected to earn the title. At 56 years old, he is worthy of being named the sexiest man alive. PEOPLE named Harrison Ford as the Sexiest Man Alive in 1998.

He was even humble when he was named PEOPLE magazine’s sexiest man alive. Ford said he didn’t think he was all that. He wondered why the sudden pour of outgeezers when Harrison Ford received the sexiest man. He told People, “I never feel sexy. I have a distant relationship with the mirror.”

He made it to the Sexiest Man list after his remarkable role in the “Mad Max” Original trilogy. In this movie, he was credited for his handsome rough looks. He was given the title in 1985. Mel Gibson is also a director and producer, making him all the more entitled to have PEOPLE magazine’s sexiest man alive honor. With his fast-paced, growing career, Mel Gibson is not at ease.

He told People, “It’s all happening too fast.” However, his career has been at a turning point in recent years. Mel Gibson became involved in a series of controversies. Including his racist slurs, his recording of making a death threat against his girlfriend, and anti-Semitism. These made it all on the top stories when it came out. Nevertheless, he is still a certified PEOPLE magazine’s sexiest man alive. 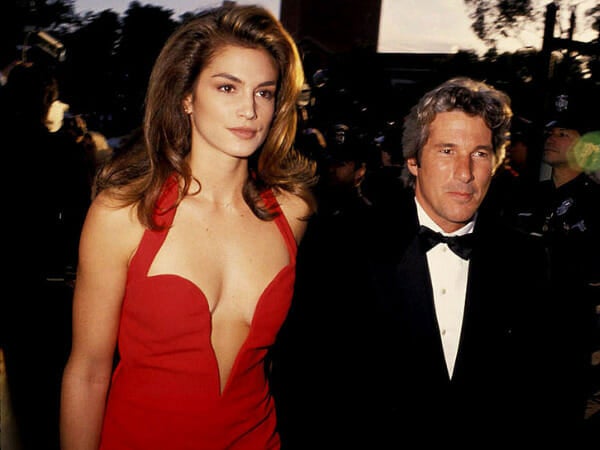 In 1993, PEOPLE changed the game. Instead of naming that year’s PEOPLE magazine’s sexiest man alive, they took a turn by giving the title Sexiest Couple Alive. Richard Gere didn’t bag the title alone.

Although the hottest couple both have busy careers, they were just laid-back. However, they split up after a year when they earned the sexiest couple alive title. In a statement that same year, Cindy Crawford said, “Richard loves me without my makeup and in my ponytail. 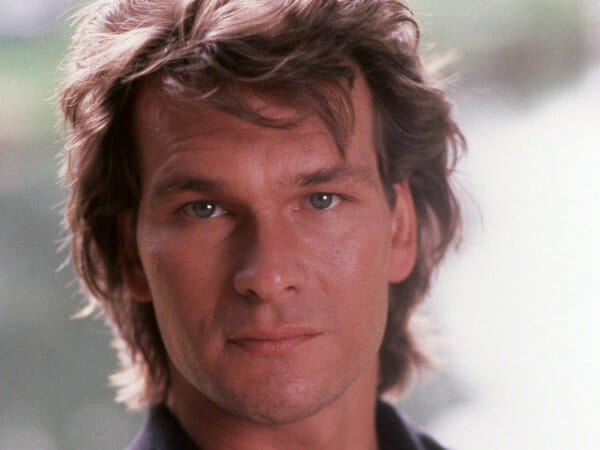 Thanks to “Dirty Dancing” and “Ghost,” Patrick Swayze became one of Hollywood’s budding leading men in 1991. He was named People’s sexiest man alive in that year too. Patrick Swayze died in 2009. His co-star Demi Moore said, “ He had a very sweet, gentle, kind heart, and southern manners. But he’s also got a very rugged physique.”

Denzel Washington was the first Black man to nab the honor of PEOPLE’s sexiest man alive. However, they were a total of four by now. He’s not just a household name in the boy-next-door good looks. But his wits and smart approach made him to this list of PEOPLE magazine’s sexiest men alive.

His Courage Under Fire costar Regina Taylor said, “He has wit, intelligence, and style.” Denzel Washington also confessed in a PEOPLE magazine interview, “I don’t take myself too seriously. I don’t stop in the mirror and go, ‘Hey, Sexy Man.’ As PEOPLE magazine’s sexiest man alive, his charm is unrelenting.

Kennedy Jr died in a plane crash in 1989 with his wife and sister-in-law. According to supermodel Audra Avizienis who dated Kennedy Jr, “He has this quiet sadness. There’s something pensive and sad about him.” This PEOPLE magazine’s sexiest man alive certainly has the looks that made him to this list. 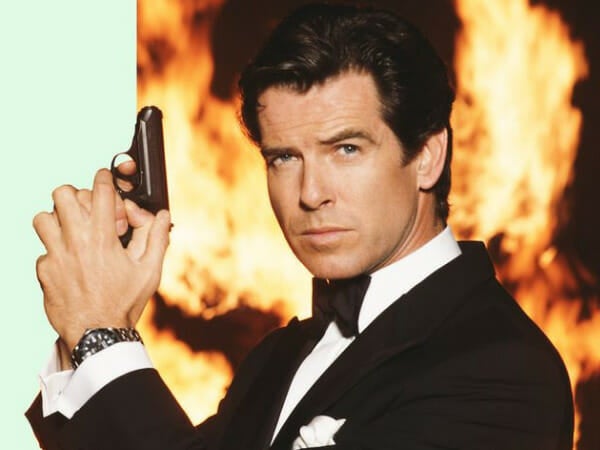 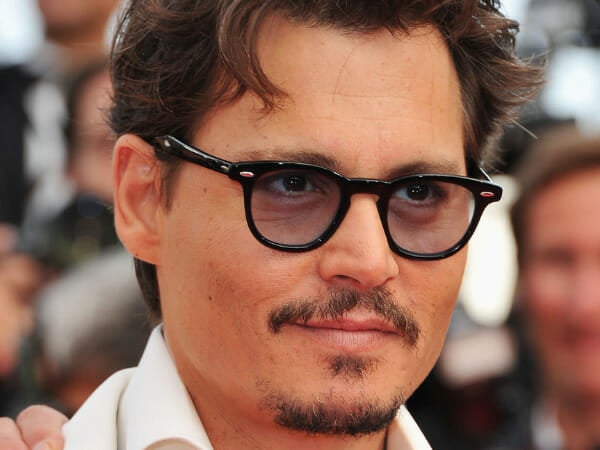 Rattling the world in his devious but charming role as a sea tyrant in Pirates of the Caribbean, Johnny Depp was named PEOPLE magazine’s sexiest man in 2003. Johnny Depp told People, “Life’s pretty good, and why wouldn’t it be? I’m a pirate, after all!”

Fans have subsequently ebbed even with his title as the People magazine’s sexiest man alive and considering his role in the fiction Fantastic Beasts. It was due to his alleged domestic abuse to ex-wife Amber Heard. However, Johnny Depp denies it until now.

After achieving a box-office hit with the third “Bourne” movie, Matt Damon received the title as PEOPLE’s sexiest man alive. An ideal man who had won awards and nominations, Matt Damon deserved the title to be named sexiest man. He told People, “You’ve given an aging suburban dad the ego-boost of a lifetime.”

Originating in Hawaii as a teen, Dwayne The Rock Johnson was a professional wrestler and a very popular actor. He was the second man of color to hold the title of People magazine’s sexiest man alive in 2016. Dwayne, The Rock Johnson, told People about his teen years. “I was doing a lot of things that I shouldn’t have. Then, I was getting arrested multiple times, but at the same time, always very respectful to my teachers and elders. I was unsure of who I was and who I wanted to be.”

During the 90s’, Tom Cruise was already hitting Hollywood by storm with his string of blockbusters. To name a few, Risky Business, Top Gun, Rain Man, Cocktail, and All the Right Moves. Thanks to his good looks and unquestionable acting skills, Tom Cruise landed the title as PEOPLE magazine’s sexiest man in 1990.

Although co-star Valeria Golino (Rain Man) said that the looks weren’t his biggest asset. “It was his eyes. Not their color. His regard and the way he looks with them. They’re alive.”He is definitely worth the title as PEOPLE magazine’s sexiest man alive.

While he is the fifth man of color to grace the People magazine cover, it’s not all about his looks. Yes, he has the looks and charm that earned him the title. But, he is also inclined and active in social issues, which made him more deserving of the title. He is a dedicated member of the Black Lives Matter movement.

Also called Jordan Michael, he was known for his role as quarterback Vince Howard. He appeared in the NBC tv series “Friday Night Lights.” Although Jordan Michael made his Hollywood debut in 2013. When he starred in “Fruitvale Station.” 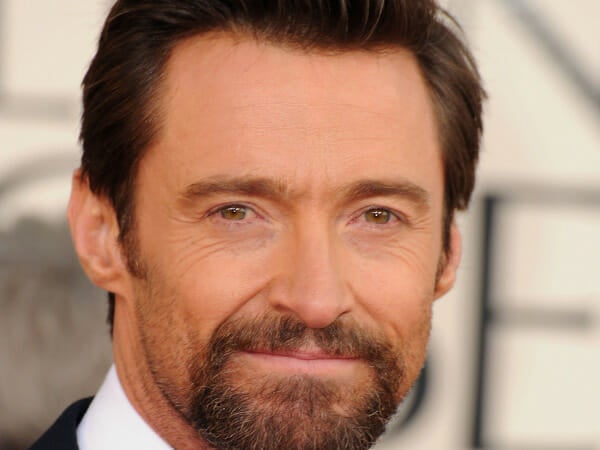 Hugh Jackman graced the PEOPLE magazine’s sexiest man cover in 2008 after his taunting role as Wolverine in “X-Men: The Last Stand.” Oh well, we meant with that charm and accent! Who wouldn’t swoon? His wife, Deborra-Lee Furness, agrees. She described Hugh Jackman as someone with “the Body of Doom – but I like what’s inside.” Oh well, he was named sexiest man alive for so many reasons.

The sexiest man? Brad Pitt it is! Brad Pitt defined what a beautiful man means in his titillating roles in the “Interview With a Vampire” and “Legends of the Fall.” This time around in 1995, Brad Pitt landed the title as PEOPLE magazine’s sexiest man alive.

Legends assistant director said that Brad Pitt could single-handedly manage both women and horses in the film. He claimed that Brad Pitt was “a man who seems to be a woman’s man too.” Brad Pitt deserves to be on PEOPLE magazine’s sexiest man alive. 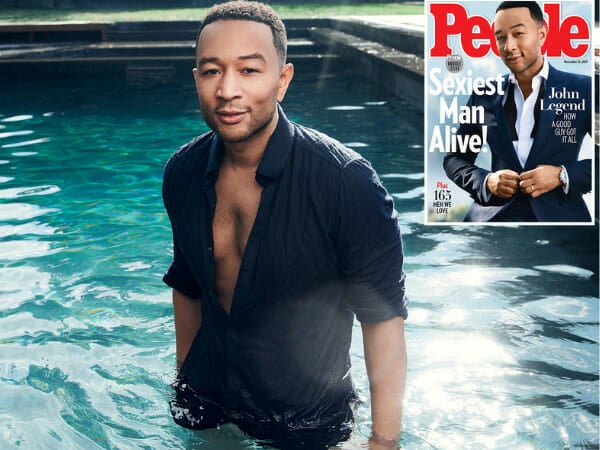 As one of the few who landed PEOPLE magazine’s cover of the sexiest man alive, People: John Legend is also the fourth man of color to earn the sexiest man alive for 2019; he was even featured in the magazine cover twice! In the PEOPLE magazine’s interview, John Legend said, “I was excited, but I was a little scared at the same time because it’s a lot of pressure. Everyone’s going to be picking me apart to see if I’m sexy enough to hold this title.” His golden sexy voice made him one of the sexiest men on this planet.

While this icon is an acclaimed R&B king, he was also the one who popularized “All of Me.” John Legend received the PEOPLE’s magazine sexiest man alive honor just right after releasing his album “A Legendary Christmas Deluxe.” While there’s only a total of five musicians who luckily earned PEOPLE’S sexiest man alive label, Adam Levine is the first musician to have the honor. He’s also the second non-actor to grace PEOPLE magazine’s sexiest man alive cover. All this transpired before he appeared in his first film and tied the knot with his wife. However, Adam Levine took that recognition with a little bit of reservation. He told PEOPLE, “You feel like you owe it to be kind of self-deprecating about it because it is an iconic thing. But also silly.” The sexiest man with all the talents and skills of being a musician.

Wait until you read his hilarious but witty responses to PEOPLE magazine’s interview. He joked that his “bragging rights” for this title wouldn’t have to “change nappies” or do the dishes for a few weeks. He also agreed to read a vacuum manual. With that sexy Aussie accent, super gorg! One of PEOPLE magazine’s sexiest men is alive. 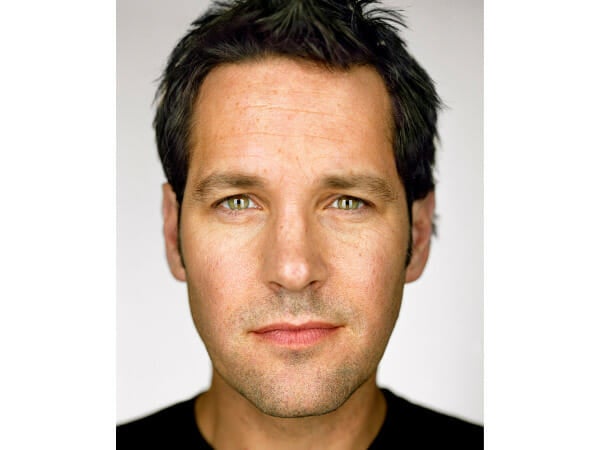 While the list seems to go on forever, it will still end on the last guy named the sexiest man. Drum rolls, please!

Paul Rudd is 52-years-old, and no one would believe it. The most recent titleholder as PEOPLE magazine’s sexiest man alive has been around Hollywood since 1995. Paul Rudd first appeared in the 90s series “Clueless.” He played prominent roles in “Friends” and “Parks and Recreation.” Paul Rudd was known as a comedian. He starred in movies like “Anchorman,” “Knocked Up,” and “Wet Hot American Summer.” The sexiest man has been gracing your screens since the 90s’.

Aside from being a comedic actor, this sexiest man played the role of a Marvel superhero as Ant-man. Paul Rudd was also recognized in the Netflix original series “Living with Yourself.” He is PEOPLE magazine’s sexiest man alive to date.