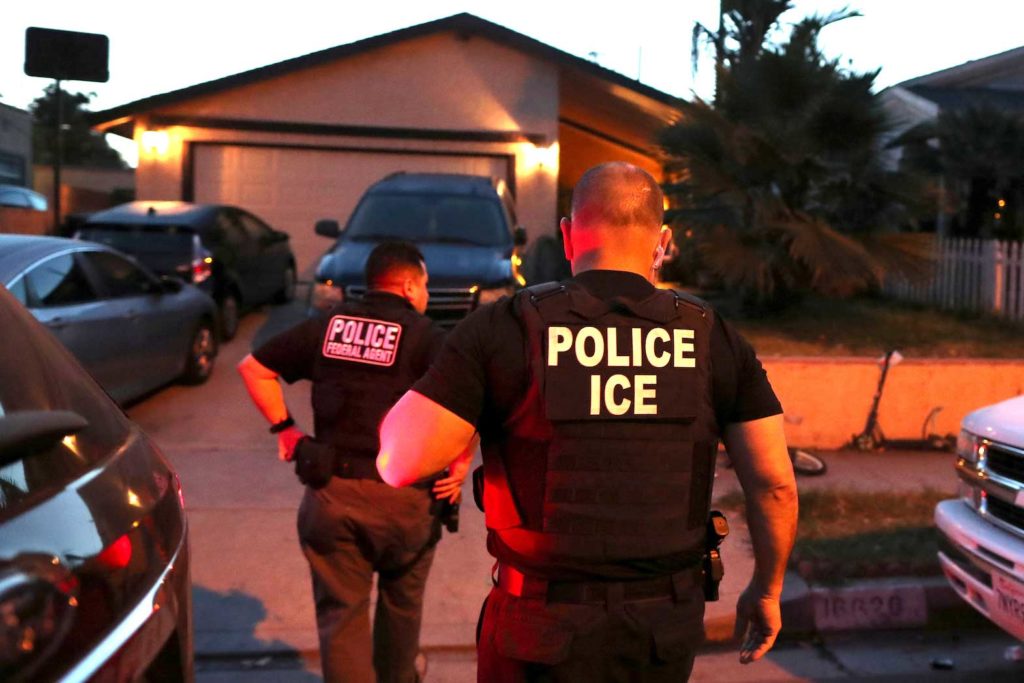 WASHINGTON – U.S. immigration arrests fell by 27% in 2020 as the coronavirus pandemic led to fewer border crossings and reduced operations, a falloff that pro-immigrant activists say should continue when President-elect Joe Biden takes office in January.

U.S. Immigration and Customs Enforcement (ICE) said on Wednesday that it arrested roughly 104,000 immigration law violators in fiscal year 2020, which ended on Sept. 30. ICE arrested 143,000 during the previous year.

The agency deported 186,000 people this year, a 30 percent decline from a year earlier.

Outgoing President Donald Trump, a Republican, made cracking down on legal and illegal immigration a focus of his four years in office.

Enforcement efforts slowed this year, as fewer immigrants were caught crossing the border and ICE reduced its operations, Henry Lucero, an executive associate director with the agency, told reporters during a call on Wednesday.

ICE is holding far fewer immigrants in its detention centers, with just under 16,000 detained as of Dec. 18, down from an average detainee population of 50,000 in 2019.

Biden, a Democrat due to take office on Jan. 20, has vowed to pause all deportations for 100 days and restore “sensible enforcement priorities.” He also plans to increase the use of alternatives to detention as well as case management programs that help migrants navigate the legal system.

Even with those promises, he will face pressure from pro-immigrant activists not to ramp up enforcement levels, several advocates said. Some groups have urged that immigration detention be reserved for the most serious cases or phased out altogether.

Michelle Brané, a senior director at the pro-immigrant Women’s Refugee Commission, said the incoming Biden administration should keep lowering the number of people in custody, particularly in light of the risk posed by the coronavirus in such settings.

“There’s no need for these large levels of detention,” she said.