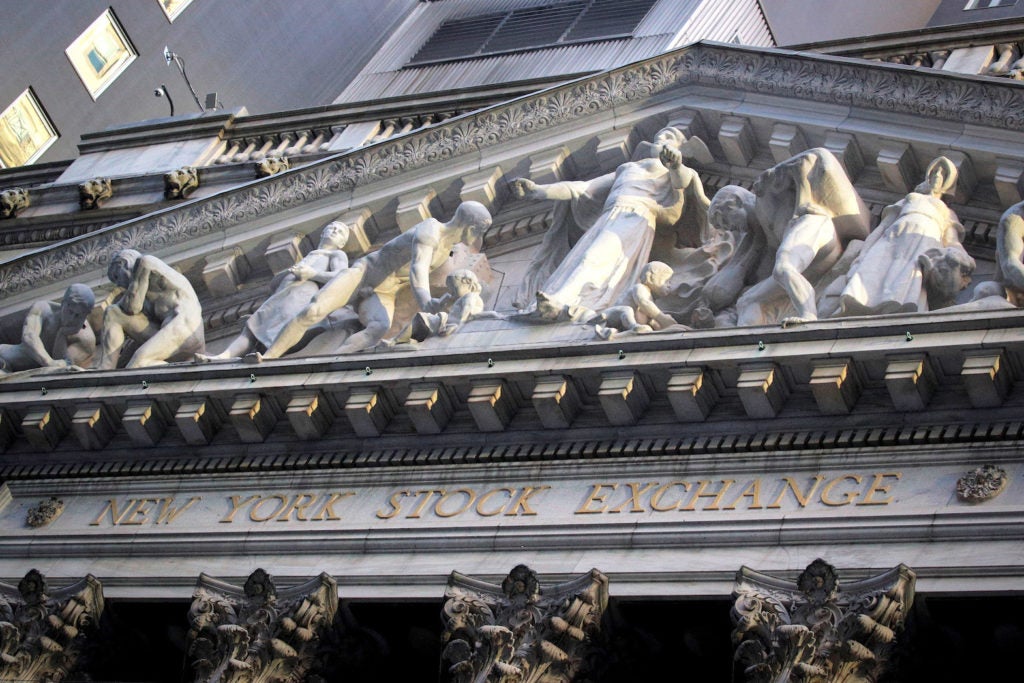 Wall Street stocks fell on Monday as investors took profits after a sharp rally that has put the benchmark S&P 500 index on course for its best November ever.

All 11 major S&P 500 sectors fell, with the energy index leading losses with a 3.5% decline, tracking a drop in crude prices. [O/R]

Microsoft Corp dipped 1.3% and weighed more than any other stock on the S&P 500, followed by declines in Amazon.com Inc, Alphabet Inc and Facebook Inc.

IHS Markit topped gains on the S&P 500 after data giant S&P Global agreed to buy the financial information provider in a $44 billion deal that would be the biggest corporate acquisition of 2020.

Month-end rebalancing of portfolios played into Monday’s weakness, analysts said, as investors cashed in on gains after a strong month marked by updates of COVID-19 vaccines making headway and hopes of a swift economic rebound next year.

A rotation into energy, industrials and financials, all expected by many investors to outperform as the economy recovers from its downturn, have driven gains of more than 10% for the S&P 500 in November and put the Dow Jones Industrial Average on track for its biggest monthly gain since 1987.

“I would attribute (Monday’s drop) to compounding concerns over the coronavirus, combined with the market just looking to digest some of the recent gains over the past month,” said CFRA Chief Investment Strategist Sam Stovall.

“When you sprint and get out of breath, you have to slow down to catch your breath.”

After an explosion in infections and business restrictions this month that stalled the U.S. labor market recovery, the focus has shifted to Tuesday’s address by Fed Chair Jerome Powell before the Senate Banking Committee, the Fed’s Beige Book on Wednesday and the monthly jobs report on Friday. Graphic: S&P 500 set for its best November ever – https://fingfx.thomsonreuters.com/gfx/mkt/oakvexldkpr/SPX%20NOV.png

U.S. Health Secretary Alex Azar on Monday said the first two vaccines against the novel coronavirus could be available to Americans before Christmas.

Moderna rallied 17% after it unveiled plans to apply for U.S. and European emergency authorization for its COVID-19 vaccine.

Macy’s Inc and Kohl’s Corp slipped between 3% and 5% as masked shoppers turned up in smaller numbers at major U.S. retailers on Black Friday, as early online deals and concerns about a spike in COVID-19 cases dulled enthusiasm for mall trips.

Nikola Corp sank 24% as the company and General Motors Co announced a reworked deal on a fuel-cell partnership that eliminates an equity stake in the startup for the Detroit automaker and plans for building its electric pickup truck.

Declining issues outnumbered advancers on the NYSE by a 2.68-to-1 ratio; on Nasdaq, a 1.87-to-1 ratio favored decliners.