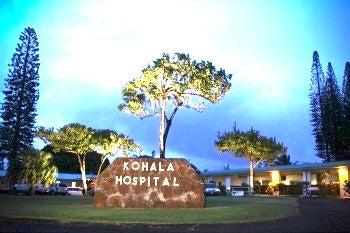 Elvira Bagay, 44, a  Filipino immigrant, claims she was denied a promotion to charge nurse last July. “The July, 28, 2016 denial was the third time the Plaintiff was denied promotion by the Defendant in favor of other non-Filipino ancestry applicants, despite the Plaintiff’s qualifications and experience,” the suit states.

The hospital hired Bagay in 1997 as a registered professional nurse. She received her BSN in 1993 from the Chinese General Hospital and Medical Center’s College of Nursing and Liberal Arts in Manila.

The lawsuit claims that Amar and Rice on May 5, 2016 interrogated Bagay about a report she wrote concerning possible patient neglect by a non-Filipino coworker. The two allegedly asked hostile, accusatory questions and criticized the Bagay for putting into writing her concerns instead of talking to them first. When Bagay told Amar and Rice about her intentions to apply for the vacant charge nurse position, they reportedly reacted with open hostility.

At the end June of 2016, coworkers warned Bagay not to apply for the open position because the process had been pre-arranged and that the coworker that Bagay complained about was the person “already designated to receive the promotion.”

On July 19, 2016, Bagay’s coworkers signed a letter supporting her for charge nurse. On July 29, 2016, Bagay was informed she was not selected for the position, the third time she had been denied a promotion in favor of a non-Filipino applicant, despite her qualifications and experience.

The lawsuit alleges that management called in all coworkers who signed the letter in support of Bagay, and many of them felt intimidated. Gutierrez later refused to assist Bagay in providing the name and address of the hospital’s chief operating officer. Gutierrez then allegedly yelled and threatened Bagay so coworkers could overhear.

Bagay on Oct. 4, 2016 received a negative personnel evaluation, depriving her of movement in her salary range The lawsuit asks the court to award Bagay “equitable relief of back salary, fringe benefits and prejudgement interest for that entire period, and/or front pay and accrued benefits based on the promotion Bagay was wrongfully denied.”

Hong also requests that Bagay be compensated damages, including but not limited to a step movement that she may have been deprived of due to the discriminatory personnel evaluation she received, in addition to Bagay’s costs and attorneys.

A hospital spokeswoman said she was unaware of the Aug. 8 lawsuit in 3rd Circuit Court and could not provide a comment at this time.