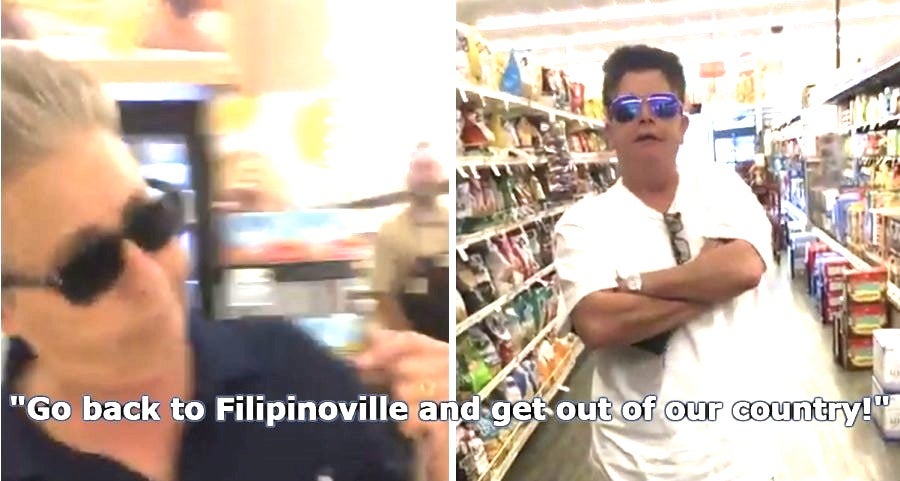 STOCKTON, California – A white same-sex couple was recently caught on camera yelling bigoted remarks at a Filipino man who burped in a supermarket here.

Angelo Cabuang shared the clip on his Twitter (see videos) account on Sunday, Aug. 13, showing the racist couple having an argument with him and his mother.

“I literally burped at Save Mart and a racist couple reacted by calling us pigs and telling us to go back to Filipinoville,” Cabuang wrote on his social media post.

The incident happened on a Save Mart branch on Quail Lakes Drive in Stockton, California.

One commenter on the thread shared his opinion on the matter and said this wouldn’t have happened if Angelo said, “Excuse me” after burping.

“I wasn’t given the chance to say ‘excuse me’ and she shouldn’t have made rude/racist remarks over a simple burp,” Cabuang said in his defense.