Anti-Asian xenophobia – the next wave

Anti-Asian xenophobia – the next wave 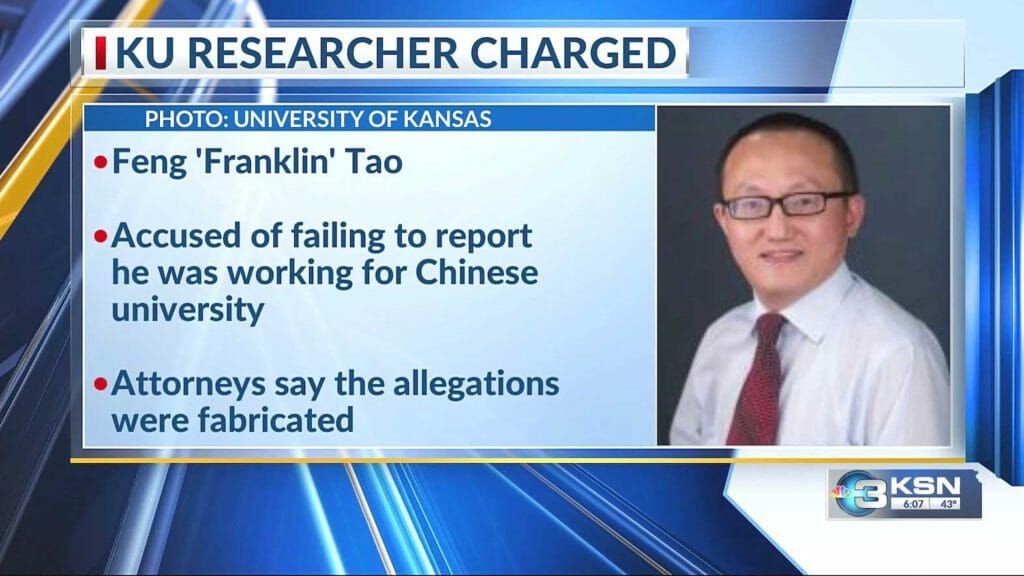 Based on a tip from a former graduate student, the FBI suspected Tao was a spy, but could not make the case for espionage. SCREENSHOT

It never fails. Filipinos will always be confused for Chinese in America. Chinese with a tan. Not rattan. Just a tan.

That’s why in America Filipinos should beware of the next wave of xenophobia.

In more than 20 years, Asian Americans have gone from chanting “I am not a spy” to “I am not a virus.”

We may have to go back to the old phrase.

These are the time-honored battle cries used to call out the racist hate we’ve experienced when U.S. nuclear scientist Wen Ho Lee was falsely accused of espionage in 1999, to last year’s murders of six AAPI women at Atlanta spas.

We all know the hate toward the community is real.

We’ve already seen more than 11,000 instances of hate violence against Asian Americans in the last two years, based on data from #StopAAPIHate. All that was fueled by the scapegoating comments on the pandemic by the former twice-impeached president who loved the phrase “China Virus.”

Now comes the possibility on several fronts for even more xenophobia.

What happens if China decides to back Russia with financial and military support in the war against Ukraine?

Americans, suddenly “united” because of sympathy for Ukraine against its Russian invaders, surely will not look favorably on China coming to the rescue of…. Russia.

Sure, there are a handful of white U.S. members of Congress who continue to say nice things regarding Vladimir Putin and Russia.

But no one puts a “foreigner” tag on any of them.

It’s another matter for Asian Americans, whom most Americans still see as synonymous with “Chinese.”

I thought of this last week when President Biden had that teleconference with Chinese President Xi to discuss Ukraine. The two-hour meeting produced nothing conclusive, only questions.

Will Xi follow the West?  Or will he continue to buy Russian oil and stay loyal to his Beijing Winter Olympics date and fellow autocrat Vladimir Putin.

Will it clearly be a matter of AC/DC, the Autocracy Club vs. the Democracy Club?

If it is, and Xi backs Putin, not only will China be on the wrong side of history, I’d figure there’d be some fallout impacting Asian Americans.

Professor Daniel Phil Gonzales, the Filipino American expert on Asian American politics and international relations at San Francisco State’s College of Ethnic Studies, says Xi is going to have to walk an extremely fine line—one that looks supportive of Putin, while looking neutral to the West.

But ultimately it could be a way China talks sense into Putin.

“I think (Xi’s) going to advise Putin to sue for peace, do something that stops the killing, and figure a way out,” he told me on my “Emil Amok’s Takeout Episode 268. “If that fails, (Xi’s) gonna have to back off further.”

But what if it’s the pessimistic one—where China backs Russia not just militarily but bails out the country financially from the west’s crippling number of sanctions.

And how would the public look on Chinese and Asian Americans here—with suspicion and disdain?

But don’t you know? They do that already.

This week, the trial of Franklin Tao, 51, begins in Kansas. A gifted scientist who immigrated from China, Tao attended Princeton for graduate school and had a successful career as a research scientist for years. He won a major National Science Foundation grant and lived what is a typical life of a high-level academic, lured by MIT and Notre Dame, before landing at the University of Kansas.

This is the hangover from the Trump administration. Long before the twice impeached president was using the scapegoating phrase “China Virus,” Trump’s Justice Department came up with the program dubbed “The China Initiative” to go after scientists in this country who may be passing intellectual property to China.

Scientists were seen as spies.

Based on a tip from a former graduate student, the FBI suspected Tao was a spy, but could not make the case for espionage.

Tao is alleged to have gone to China to recruit students for his lab at the University of Kansas, and even got a second appointment to Fuzhou University in China. But there was no spying.

Instead, Tao was indicted for failing to disclose his connection to the Chinese university and for wire fraud involving his grant monies from U.S. agencies.

And yet, the Department of Justice has pressed on with the indictment because it believed it successfully stopped Tao from doing what they suspected but couldn’t prove. The DOJ’s not dropping charges and is throwing the book at Tao, who faces serious jail time and deportation.

Tao’s case is reported with some humanistic detail in the New Yorker piece, “Dangerous Minds,” by Gideon Lewis-Kraus.

The reporter also talks to the feds who feel prosecution is justified. And he talks to the scientists who know Tao and his work. They are puzzled by the zeal in which Tao is being persecuted for what appears to be fundamental and basic science, unclassified stuff, shared by other scientists for collaborative purposes around the world.

In other words, it’s not top-secret, nor is it big time science for corporate profits.

But the government found Tao, an Asian American who failed to disclose his links to China, and he is the spy they imagined.

It adds up to what the twice-impeached former president would call a “witch hunt.”

Russia’s war with Ukraine will likely still dominate the headlines over the next few days, most likely weeks. But with China a new factor in the evolving crisis, watch for Tao’s trial to get more than a little attention.

Just before the Beijing Games, the FBI gave NBC an exclusive story on the threat of Chinese spies taking our scientific secrets and bringing them back to China. FBI director Christopher Wray spoke of a new case every 12 hours, with more than 2,000 cases stockpiled.

But the China Initiative under Trump has expired. Already, there are calls for it to be renewed. That’s what Tao is for. To prove the need.

See it for what it is. A witch hunt.

Joe Biden will have to be our backstop. He knows how badly Asian Americans have been scapegoated for the pandemic. Now it seems Tao is being used to justify an effort to scapegoat AAPI scientists for the failure of America to stay at the forefront of science and technology. Could it be that Chinese students are stealing information while studying here? Then taking it back to China? Even if they deal in non-classified material. Is that even spying? Or is it just good old American xenophobia?

Get ready. We may need to revive the old chant as we segue from “I am not a virus,” back to “I am not a spy.”

Emil Guillermo was the first Filipino American to be the regular host of a national news show when he hosted NPR’s “All Things Considered” in 1989. He writes a column for the Inquirer.net North American bureau. He hosts a livestream @2p Pacific on Facebook.com/emilguillermo.media; YouTube/EmilGuillermo; [email protected]; Recordings on www.amok.com