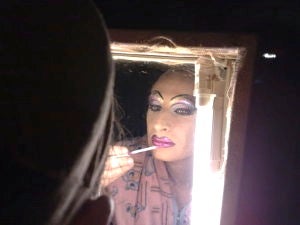 The character of trans-woman Miracles Malacañang in the play “Fixed” being directed by Rodney To. THE ECHO

LOS ANGELES — Filipino American actor Rodney To is directing playwright Boni Alvarez’s comedy “Fixed,” an adaptation of Spanish writer Pedro Calderon’s “The Physician of His Own Honor.” “Fixed” will be staged by Echo Theater Company in September.

One of the therapists, trans-woman Miracles Malacañang, enters into a forbidden love affair that soon catches the attention of the city’s hottest political family and prompts her to re-evaluate her desires, identity and honor.

Alvarez’s recent work includes “Bloodletting,” about Filipino siblings who discover that one of them is an aswang (Filipino vampire), at Playwrights’ Arena earlier in the year and “Nicky,” a modern adaptation of Anton Chekhov’s “Ivanov,” at Coeurage Theatre Company a few months ago.

“Bloodletting” has been named a finalist in the drama category in this year’s PEN Center USA’s 27th Annual Literary Awards Festival; winners will be announced in September. PEN Center USA is the West Coast arm of PEN International, the world’s oldest international literary and human rights organization.

Rodney To, the director, became a member of Echo Theater last year after acting in its production of “One of the Nice Ones.” 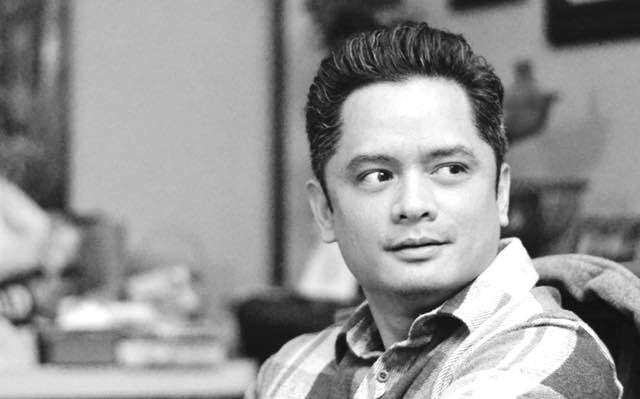 “It was directed by Chris Fields and the entire experience was a positive one for me,” To says. “I really appreciate Echo Theater’s commitment to producing provocative, relevant, and exciting new work.”

“In many other theaters both big and small, I, being a short Filipino guy of a certain age, wouldn’t have necessarily even been considered to audition for my part in ‘One of the Nice Ones.’ So having been actually cast in it showed me the Echo was willing to see things in a ‘different way’ and I will always appreciate that.”

To added: “I had a terrific part which was not specifically written for an Asian American, so to me that also showed a lot of integrity on their part.”

And thanks to his role in that play, To was cast in a featured role on television as a series regular on NBC’s upcoming “Redliners.”

Born and raised in Chicago, To enrolled in Marquette University to study chemistry but stumbled upon an “Acting for Non-Majors” class in his freshman year. “The teacher of that class, Fr. Gerald Waling, saw something in me and encouraged me to pursue it further.”

After cutting his teeth in school productions, he interned at the Milwaukee Repertory Theater (where Fil-Am theater director May Adrales has been appointed associate artistic director for its 2017-18 season).

“There, I worked with some of the best actors I’ve ever witnessed to this day. Both those formidable experiences really shaped my career.”

To has gone on to work with theater companies across the US and has appeared on television in shows such as “Rosewood,” “Parks and Recreation,” “Modern Family” and “Vice Principals.”

He didn’t hesitate to accept when he was offered a membership with Echo Theater. “I have worked with so many companies throughout my career, but I have to say that the Echo has been one of the most exciting to work with.”

This isn’t To and Avalrez’s first time working together. Several years ago, To acted in workshops for Alvarez’s plays “Ruby, Tragically Rotund” and “Driven.”

To was initially approached to act in “Fixed,” but after reading the script, To offered to direct it instead.

In addition to acting, To has always been passionate about workshopping new plays. “There’s nothing like being a part of an exciting new play from the ground floor. I love being introduced to new characters, worlds, ideas, etc. and getting to discover new ways of storytelling.”

His recent directing credits in LA include a reading of “Mutt: Let’s All Talk About Race!” for East West Players and staged readings of Victor Maog’s “Tot: The Untold, Yet Spectacular Story of (a Filipino) Hulk Hogan” for Artists at Play.

To also directed the staged reading of “Fixed” last year for Echo Theater.

“The world of ‘Fixed’ is one that I’ve become quite obsessed with and I really feel like I serve the play better by guiding and shaping its world rather than performing in it.”

“I’ve always admired how unique and daring Boni’s work is. His work has such specific rhythms and pacing that I relished in working on his previous plays and I felt compelled to infuse and maintain Boni’s thumbprint in this piece.

To says the challenge of bringing a new play to life lies in the vulnerability of being in a continuous process of discovery. “That said, if your head is in the right place and you always concern yourself with what’s best for the story that the playwright sets out to tell, it will always be both satisfying and exhilarating.”

READ a previous interview with Rodney To here.

READ about May Adrales’ appointment as associate artistic director of Milwaukee Rep here.