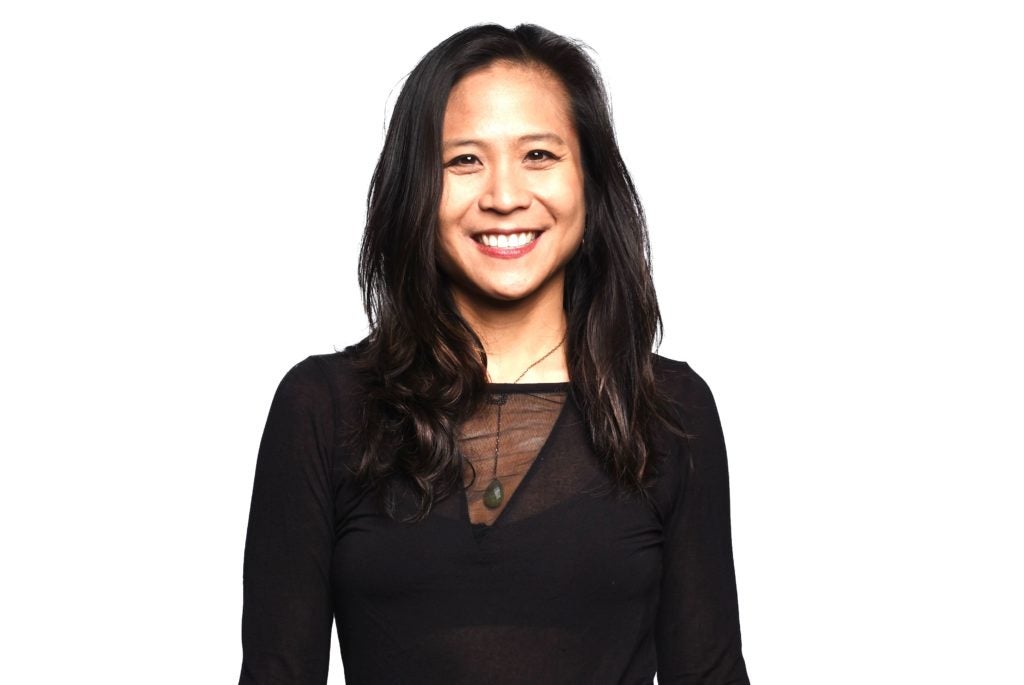 NEW YORK — Theater director May Adrales has been named associate artistic director of Milwaukee Repertory Theater for its 2017-2018 season.

She is slated to direct the group’s productions of Ayad Akhtar’s “The Who and The What,” scheduled to show this September, and an adaptation of George Orwell’s “Animal Farm” next year.

“The Who and The What” is a play about Zarina, whose religion is Islam, and her controversial writing that’s discovered by her conservative family.

Before their season kicks off, she’s directing a reading of Fil-Am playwright A. Rey Pamatmat’s “A Power Play; or Whats-Its-Name” this August for New York-based Atlantic Theater Company’s “Asian American Mixfest,” a series of readings of plays by Asian American playwrights.

In a statement, Milwaukee Rep artistic director Mark Clements praised Adrales’ extensive experience in bringing to life new plays, with more than 20 world premieres “in a myriad of eclectic styles, at some of the nation’s most prestigious theatre companies to great acclaim.”

“It may be easier to work with a dead playwright, but not nearly as gratifying, or as much fun,” Adrales said in a previous interview with Stagevoices.com. “I gravitate towards new writers because I thrive from those collaborations.”

She says, “Mark Clements is a dear and wonderful colleague and mentor. I look forward to learning the ropes of leading a large multimillion-dollar theater, including marketing and audience development, board relationships, and production process.”

“Milwaukee Rep is a tremendous and nurturing artistic home to so many writers, actors, directors and producers. They produce top-notch, exciting work.”

In addition to directing the two productions this season, Adrales will work with Rep’s artistic team in planning their season line-up and in launching their new plays development program.

She’s previously directed “Yellowman,” “The Mountaintop” and Pamatmat’s “all the terrible things I do” for Milwaukee Rep.

She will divide her time between the Milwaukee and Brooklyn, where she lives. “I’ll use my NYC roots to continue cultivating and developing relationships with writers, like-minded producers and artists in hopes of widening Milwaukee Rep’s scope,” she says.

Born and raised in Covington, Virginia, to Filipino immigrants, Adrales’ work as a freelance director spans across the country.

Aside from her directing work, she is also known for her administrative and teaching work. She’s served as Director of On Site Programs at Lark Play Development Center, an Artistic Associate and faculty member at the Public Theater, spearheading its Shakespeare Lab, and has directed and taught at Juilliard, New York University, Brown University/Trinity Rep and Yale School of Drama, where she received her master’s degree in directing and theater production.

Also involved in the Asian American Mixfest is Fil-Am director Ralph Peña, artistic director of Ma-Yi theater company, who will be directing “Franklinland” by Lloyd Suh.

Pamatmat’s new play is about State Assemblyperson Alex Hathaway and her efforts to capture a House seat in the next election after her district suffers a terrible tragedy. Through supernatural practices, she employs a strange, nameless entity to gain victory over her enemies.

“I think with any position of leadership you must make difficult decisions that test your core values. In the play, Alex must learn that every decision has its consequences,” says Adrales.

For fun, when asked if there are any old Filipino superstitions she remembers or still believes in, she says, “When I was younger, I was scared to go out after dark for fear the aswang would eat me. Also, my father used to tell me that every grain of rice I left on my plate would be one year of bad luck. So though I don’t always eat all the rice, I think about that every time I do.”