Canada's Atlantic region shut out world to beat COVID-19, and the economy has done OK

Canada’s Atlantic region shut out world to beat COVID-19, and the economy has done OK 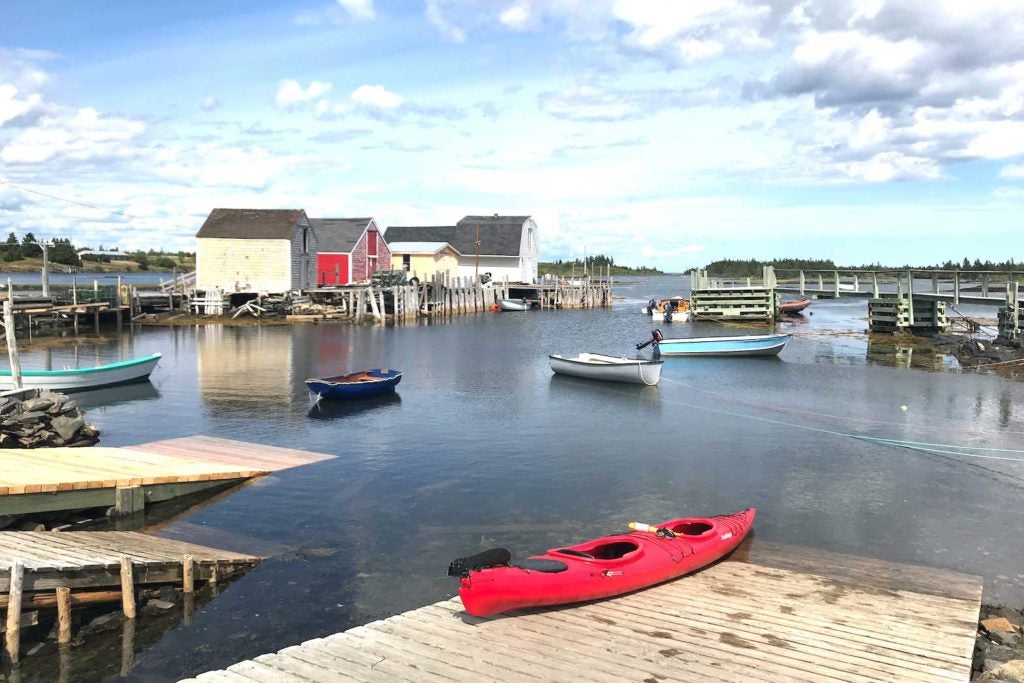 OTTAWA – Chef Emily Wells was unsure what to expect as she opened the doors of her seasonal restaurant in rural Prince Edward Island the same day Canada’s four Atlantic provinces bubbled together, allowing travel between them while keeping their borders restricted to everyone else.

The result was far better than she could have imagined.

“It was a remarkable summer, I was floored by it,” Wells said. “The bubble made all the difference. It certainly worked for us.”

The border restrictions along with tough public health measures helped the east coast provinces, which have a combined population of 2.4 million, tamp down COVID-19 early on and largely keep the virus at bay even as the rest of the country entered a second wave of infections.

That success came at a cost. More than 171,000 jobs were lost, exports plunged and the region’s C$5 billion ($3.8 billion) tourism sector was crippled, with all four provinces swinging from economic growth to sudden contraction.

While the initial impact was similar to what happened in the rest of Canada, data shows the rebound in jobs and economic activity that followed was quicker, bolstered by the ability to reopen the economy faster than the rest of the country.

“We knew (the Atlantic bubble) was going to help, we just didn’t know what it would look like,” said PEI Tourism Minister Matthew MacKay. His tiny province of 160,000 people ended up getting about a third of the record 1.6 million visitors it saw in 2019.

Without the bubble, it would have been far more painful, he said.

Between local support and bubble travelers, business at Mike Fritz’s coffee shop along a popular PEI trail was surprisingly strong. But he is eager to welcome a wider range of visitors next summer.

“We are hoping that at least the tourists from Ontario and Quebec can come back next season, because that’s almost 60% of our business,” said Fritz.

But both of Canada’s major airlines have slashed service to Atlantic Canada, which experts say will slow the broader tourism recovery and could discourage outside investment.

After months of strict restrictions and mandatory quarantines, the four Atlantic provinces began to allow travel between themselves in early July amid concerns the sudden freedom would lead to a rash of outbreaks. That did not happen.

There have been 73 COVID-19 deaths in the region, the bulk occurring before the bubble opened. There are now fewer than 15 active cases in PEI, Newfoundland and Labrador, and Nova Scotia combined. In New Brunswick, which borders with Quebec where case counts are high, there are two outbreaks with 75 active cases.

By comparison, Canada as a whole has had 9,862 deaths and currently has 23,481 active cases, with an average of 2,425 new infections each day. The second wave has already led to targeted shutdowns in a number of non-Atlantic provinces.

That resurgence has hurt Canada’s recovery, with the economy forecast to shrink 5.9% this year, according to a Reuters poll.

Three of the four Atlantic provinces are set to fare better than that, according to analyst estimates, shrinking between 4.3% and 5.4%. https://tmsnrt.rs/31BgNjG

The surge in cases has also made it less clear when Atlantic Canada might reopen to other provinces, with public opinion firmly against expanding the bubble.

In Newfoundland and Labrador, tour boat operator Joseph O’Brien took the unusual step of teaming up with his main competitor so the two could split costs and guests, rather than jousting for the limited number of visitors.

He estimates he averaged only 8% of his regular capacity over the prime summer months, mostly due to not having visitors from Ontario, Canada’s most populous province. Still, O’Brien supported the strict restrictions to keep people safe.

“I’m not a scientist, but I know that drastic times call for drastic measures,” he said. “What don’t break us usually makes us stronger.”