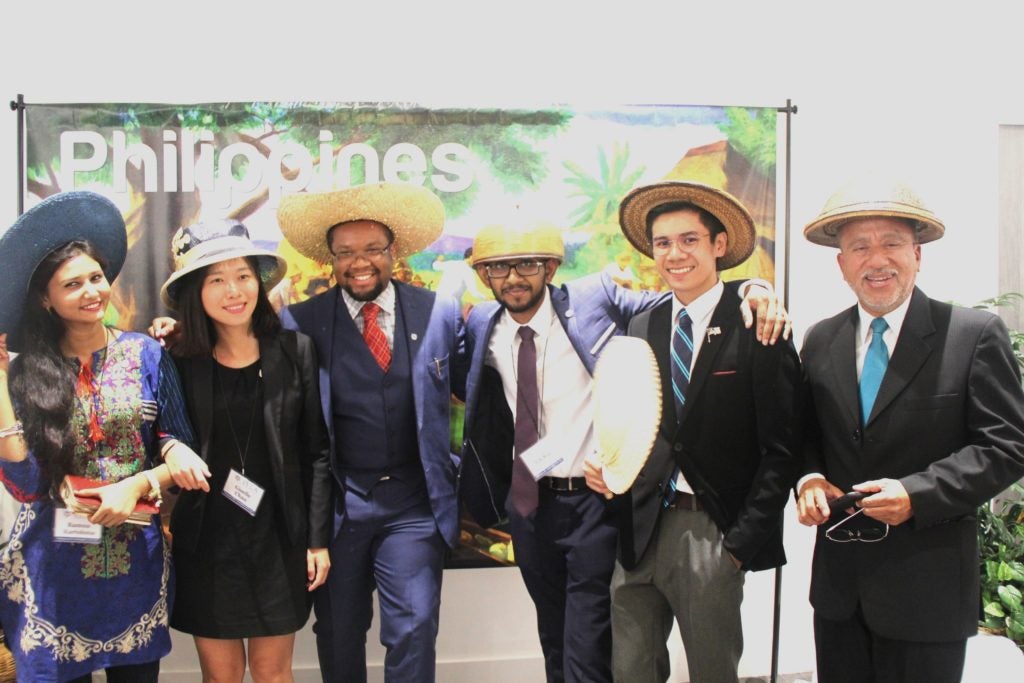 WASHINGTON, DC – Some 40 lively youth participating in the 2017 International Young Leaders Assembly (IYLA) were treated to an evening of cultural exchanges and fun-filled activities at a reception held at the Philippine Embassy on August 9.

The reception, co-hosted by the Embassy and the US-Philippines Society, was organized in honor of the IYLA delegates on the occasion of the 50th Anniversary of the establishment of the Association of Southeast Asian Nations (ASEAN).

There were five stations for the delegates to learn from and enjoy prior to the formal program.

At the Games station, delegates had the chance to try several digital games developed by Filipinos, or in the Philippines. The Filipino Superheroes station introduced indigenous superheroes to the delegates, with Embassy resident artist Paolo Galang doing a live drawing of two lucky delegates as Filipino superheroine Darna. 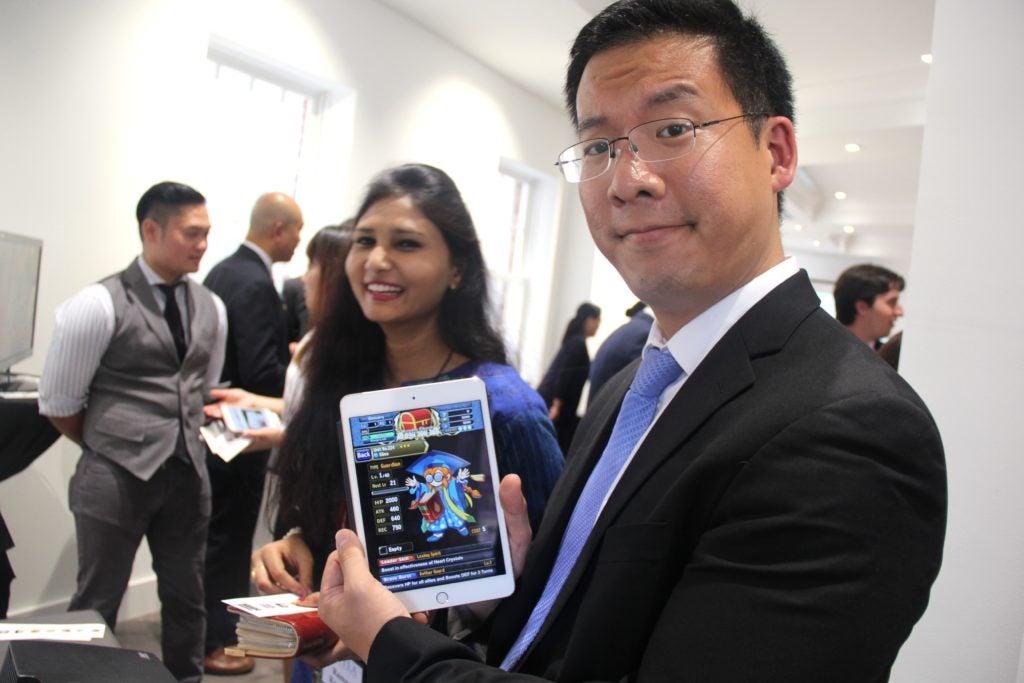 The Filipino Fashion station showcased a display of Cordillera, Muslim, Rural (Barong Tagalogs), and formal attire while the Social Media station made use of a Philippine village scene backdrop, traditional Filipino headwear and locally produced fans for delegates to use in taking their group photos and selfies.

The ASEAN station allowed the delegates to learn more about ASEAN and its peoples through brochures and other informative materials provided by the ASEAN-National Organizing Council (Philippines) and the Indonesian, Lao and Thai Embassies in Washington, DC. 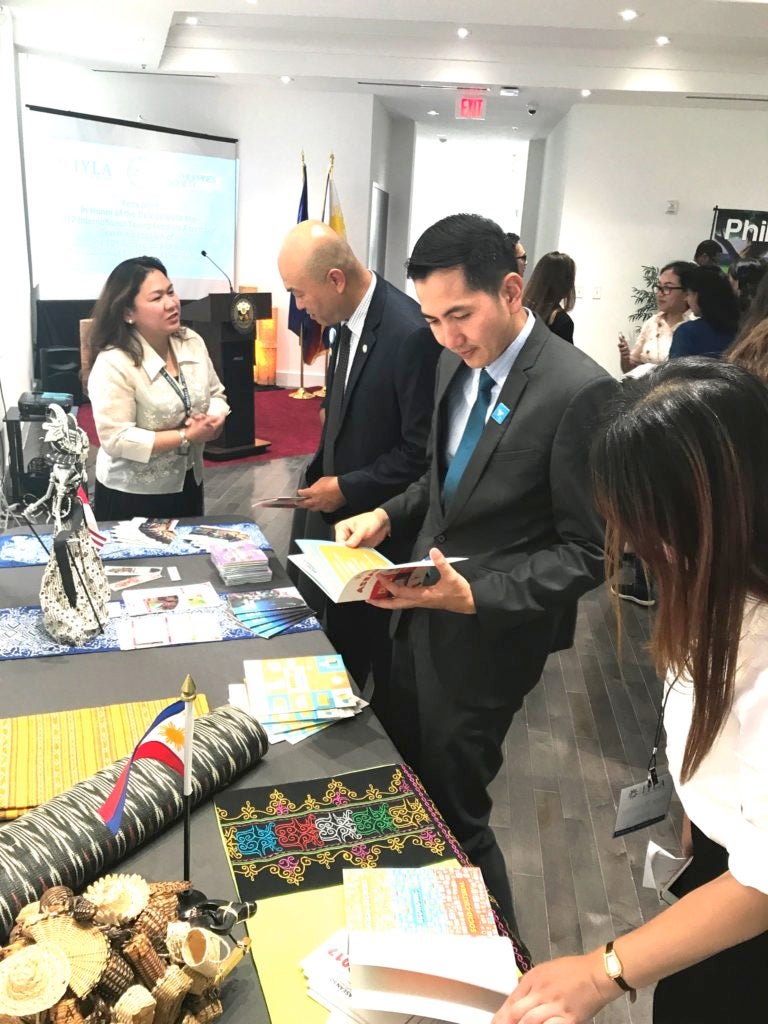 Vice Governor of Philippine province of Masbate Kaye Revil and Global Peace Youth Philippines President Leonard Faustino also delivered brief remarks, both sharing how their IYLA experience helped them give back to their respective communities and empower others.

“It is entirely fitting that the Philippines is chairing [email protected] Filipino leaders played an instrumental founding role, and the country is both a natural leader within the bloc and a proven link internationally. For the United States, there is no question the Philippines can and should be a logical platform of Americans to do business in ASEAN, and for the U.S. to project a stabilizing and welcome strategic presence in that part of the Asia-Pacific region,” Maisto added. 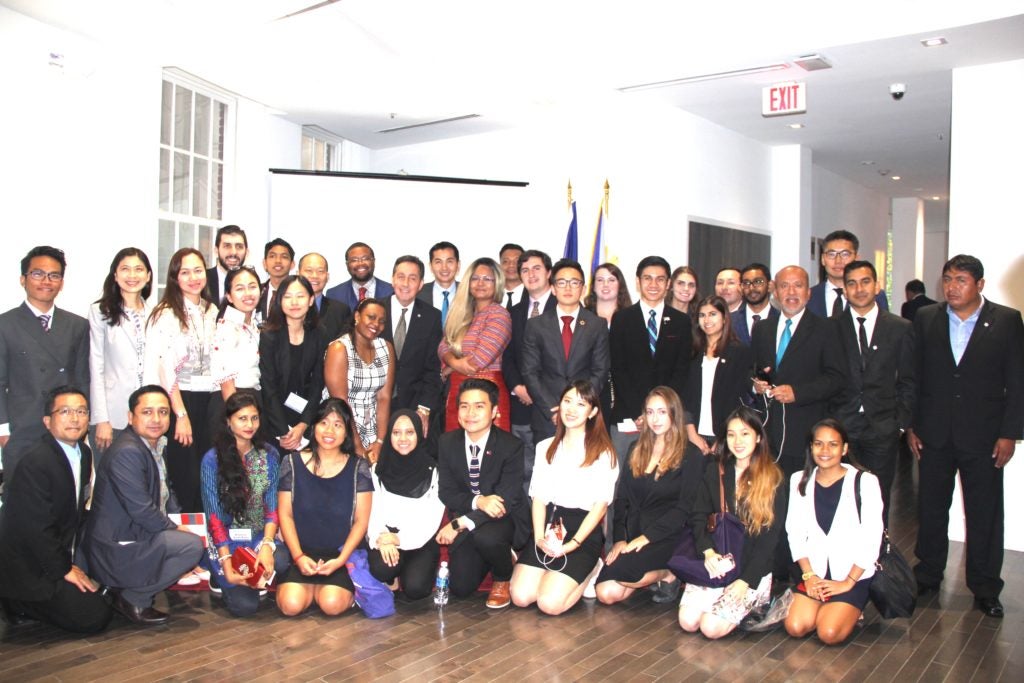 International Young Leaders Assembly (IYLA) delegates pose for a group photo at the Embassy Chancery Annex during the reception co-hosted by the Philippine Embassy and US-Philippines Society. CONTRIBUTED

At the closing of the program, IYLA Chairman John Dickson presented a plaque of appreciation to the Philippine Embassy and US-Philippines Society. A simple salu-salo followed the official program.