Twice as many Filipinos now in Saskatchewan than 5 years ago 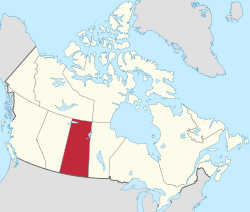 Saskatchewan Province in western Canada is now home to more than 20,000 Filipinos. WIKIPEDIA

There are now more than twice as many Filipinos living in western Canada’s prairie and boreal province of Saskatchewan than in 2011.

According to the 2016 Canadian census, Saskatchewan has 20,045 native Tagalog speakers, an increase of 123 per cent since 2011. Their children, however, are quick to learn English, according to a report by Ashley Martin of the Regina Leader-Post.

Paulino and Sandra Pabello of Saskatoon told Martin that while raising their three children in the 1970s and ‘80s, they spoke Tagalog at home, while their kids excelled in English and French immersion at school.

The Filipino-Canadian Association of Saskatoon (FilCAS), which Paulino Pabello headed in 1973, started its heritage language school too late for his kids to join. “It would have been nice if they did, because it is nice to know a lot of languages growing up,” told Martin.

FilCAS has run the Philippines pavilion at Saskatoon’s cultural festival, Folkfest, for 38 years. This year’s festival takes place Aug. 17 to 19 at Prairieland Park.

Last year’s census shows Tagalog as the immigrant language most commonly spoken on Saskatchewan: 20,045 people list it as their mother tongue — 1.9 per cent of the population — and 11,345 people say it’s the language they most commonly speak at home.

The number has risen since the 2011 census, when 10,990 people had Tagalog as their mother tongue.The next census could see a greater representation of Filipino languages, if immigration continues.