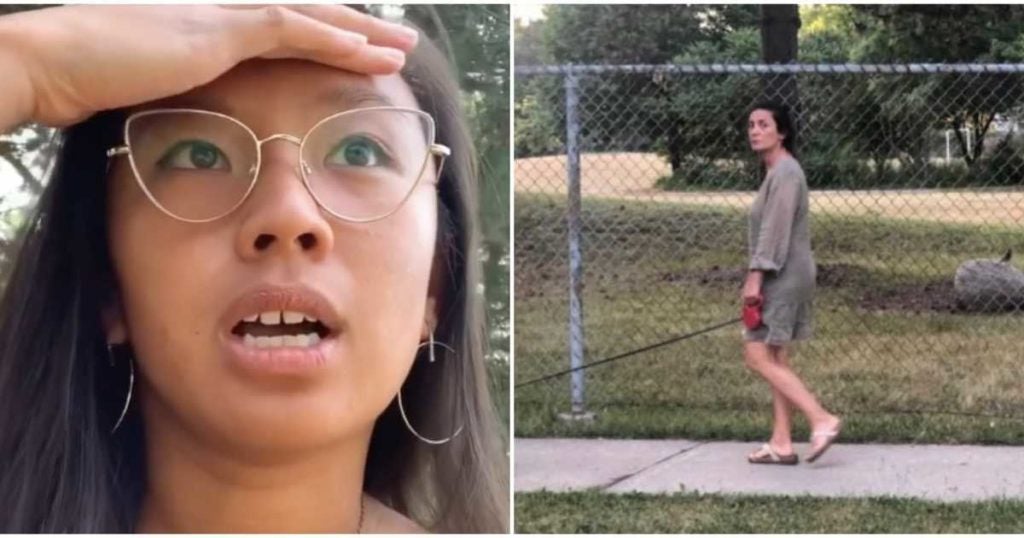 Justine Yu (left) was verbally assaulted by a racist in a Toronto park. TWITTER

TORONTO – In yet another instance of pandemic-linked anti-Asian hate, a racist verbally attacked a Filipina Canadian educator and activist who was reading in a park while waiting for his father.

Justine Yu shared a video of the incident on social media on July 27, explaining that while she was reading, a white woman approached and told her that she was trespassing on private property.https://twitter.com/justineabigail

Yu replied that she did not see any “No Trespassing” signs, but the woman remained near her just outside the park.

Yu said the woman, who claimed to be a teacher, told her to “go back to China” and accused her of not being able to read English. In the video, the woman can be heard yelling, “All Chinese people should go to jail.”

Yu is the founder and editor of Living Hyphen, a magazine “that explores the experiences of hyphenated Canadians — that is, individuals who call Canada home but who have roots elsewhere,” she told Narcity.com.

“I am privileged to be an Asian woman. If this happened to a Black person and this woman called the police and they came, this could have ended in straight up murder.”