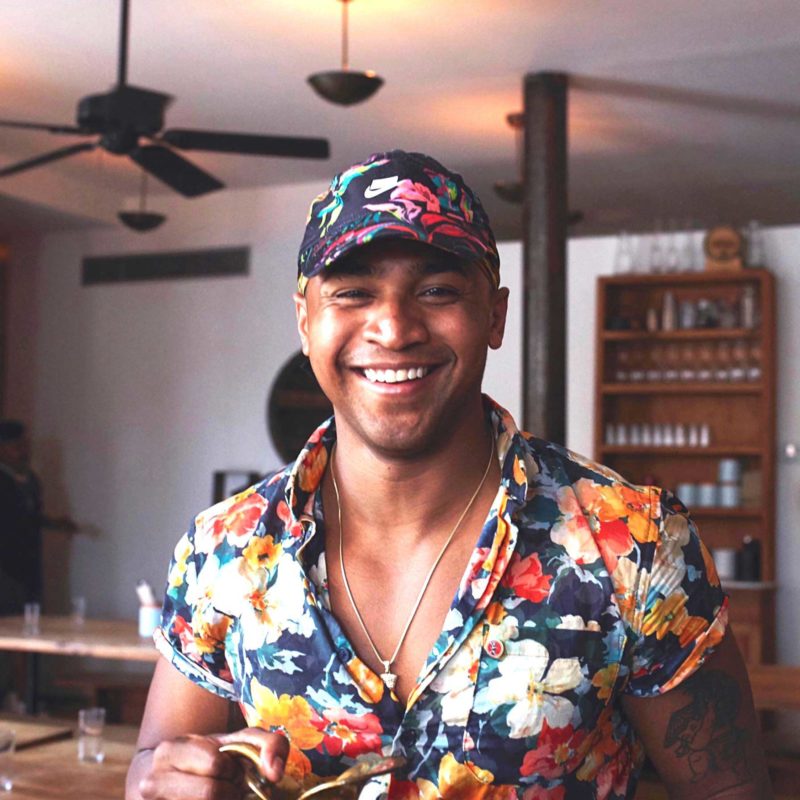 NEW YORK – He has been seen walking with trays of free Filipino and Latino snacks for crowds of Black Lives Matter protesters in Williamsburg’s McCarren Park.

Channing Centeno, a Black Filipino American chef and beverage consultant hands out anywhere from 80 to 150 servings of food a day to anti-racist protesters. It’s “as much as my kitchen can handle,” he told NYEater.com, which featured him recently. https://ny.eater.com/2020/6/10/21285541/nyc-restaurants-fundraising-initiatives-support-black-communities
Centeno previously worked in the kitchen of Momofuku Ko and Bushwick cocktail bar Otis.

Centeno began his effort to support protesters after he attended a Black Lives Matter vigil in McCarren Park and saw volunteers handing out free egg rolls. He decided to do the same thing.

“I’m a worker, I’m not just going to sit by and watch this happen.” He returned to the park the next day to hand out 80-or-so homemade chicken adobo sandwiches.

Since then, Centeno has made batches of pork and shrimp lumpia, chicken adobo tacos, arepas and empanadas. He funds his free meal effort by taking donations over Venmo (@channing-centeno).

Centeno’s mother, Catherine Sanchez, was born in Manila and his Black American father, Homer Thompson, is a US Navy veteran. He says he gets his cooking inspiration from his maternal grandmother.

His urge to feed others doesn’t come from his experience in the hospitality and restaurant industry, he told NYEater. It comes from his heritage as a Black Filipino. “Filipinos love to feed and host people,” he says. “It’s just what we do.”