A holy bishop who lived in our midst

A holy bishop who lived in our midst 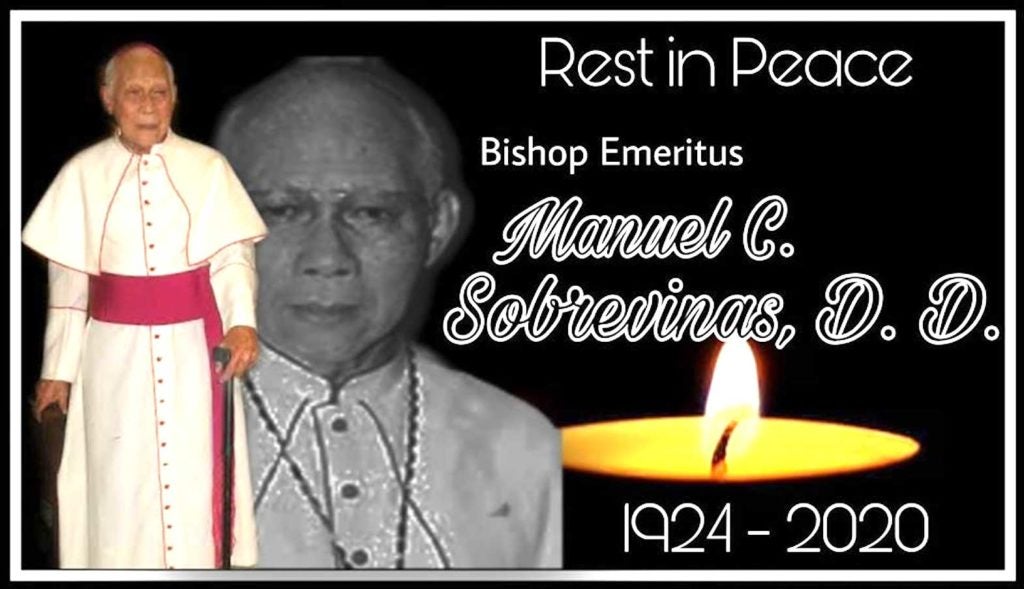 Bishop Manuel Sobreviñas enjoyed being with people. He was a people’s bishop. His episcopal life was like the one portrayed by Pope Francis when he said that a Catholic bishop is “a humble and meek servant, not a prince” (November 12, 2018). His priestly life was like the one described by Dominican theologian Lacordaire when he wrote:

“To live in the midst of the world, without wishing its pleasures…

To penetrate all secrets; To heal all wounds…

To have a heart of fire for Charity

and a heart of bronze for Chastity.
To teach and to pardon, console and bless always.”

From Bataan, his hometown, to UST, his alma mater; from Bulacan to Rizal, from Mandaluyong to Pasig to Cavite – places of pastoral assignments – the saintly bishop worked with and influenced countless parishioners and, I should say, inspired so many souls.

A long time ago, I heard his colleagues and contemporaries dubbing him “the Fulton Sheen of the Philippines.” His monthly allocutions at the Legion of Mary Senatus House in Quezon City are still reverberating in every legionary’s ears, his moving homilies still remembered by Sunday worshippers.

Even in his old age, as Bishop of Imus, his powerful timbre made the Cathedral sound system give up several times in the middle of his sermons. During the solemn ordination of Rev. John Vianney Acosta, 15 years ago, the centralized sound system broke due to the forceful resonance of his voice that they had to continue the remaining rites using a portable karaoke.

Powerful voice, paternal wisdom, and compassionate heart for sinners – what an odd combination for a saintly shepherd of the Church, who for 96 years of earthly life “smelled like sheep.” I remember Bishop Manuel Sobreviñas up close when I stayed with him at the convento, even for a while, while he was former parish priest of Immaculate Conception Cathedral in Pasig in 1983.

Up close and personal, I saw him as a true servant-leader of the Divine Mercy. By his accessibility and availability, day in day out, week after week, Bishop Sobreviñas gave joyful witness to the Divine Compassion by sitting patiently in the CONFESSIONAL resembling an oasis in the middle of the Arabian desert.

Much like the amiable Msgr. Jose Abriol, once Rector of Quiapo Minor Basilica, a.k.a the Curé d’Quiapo, he was the favorite confessor of both priests and religious in the Archdiocese of Manila. Both of them were way too far out of their league when it came to the Sacrament of Reconciliation. 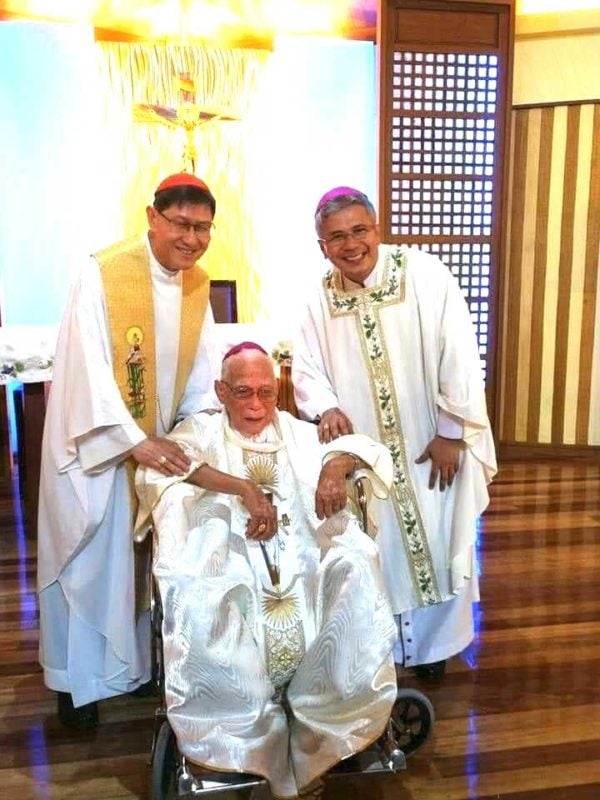 Reminiscent of Padre Pio and Père John Marie Vianney, what occupied a big space in his heart was infinite mercy. And endless compassion. A young deacon then, Rev. Ruperto Santos, now Bishop of Balanga, Bataan, once told me that he learned a great deal from the long hours Monsignor Sobreviñas dedicated to the Sacrament of Reconciliation.

Even when there was nobody in the confessional, Santos said he witnessed how the good bishop made himself always accessible and available by sitting and perhaps meditating inside the box. Sooner, than later, penitents arrived one by one, formed a line in utter silence, knelt down and confessed, repented, and listened to his fatherly advice — with each of them experiencing the divine love like how the Prodigal Son experienced the same.

How can I not write about Bishop Sobreviñas, who has been a part of my life’s journey towards God? Hence, I’ve recalled his sanctity and good examples in at least two books that I authored about the Holy Priesthood and about the 24 Contemporary People, published in 2014 and 2019 respectively.

How can I ever forget him who, in the vast timeline of human history, passed like a bright meteor that unexpectedly lighted up the darkest heavens and captured the hearts of numerous people by his mercy, sermons, and God-centered pastoral service?

I conclude with a lovely quote from Pope Francis: “Rivers do not drink their own water; trees do not eat their own fruit; the sun does not shine on itself and flowers do not spread their fragrance for themselves. Living for others is a rule of nature.”

Jose Mario Bautista Maximiano (facebook.com/josemario.maximiano) is the author of THE CHURCH CAN HANDLE THE TRUTH (Claretian, 2017) and MDXXI: 500 YEARS ROMAN CATHOLIC (Claretian, 2020).