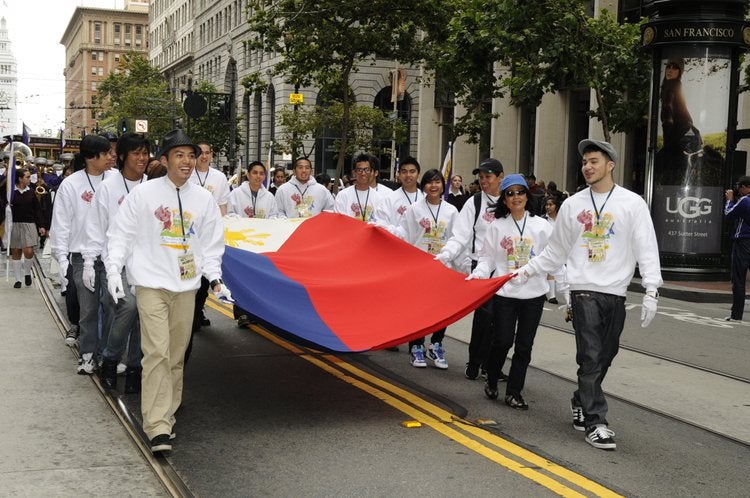 SAN FRANCISCO– Pistahan Parade and Festival at Yerba Buena Gardens in this city, on its 24th year, is expecting the attendance of tens of thousands of people throughout the weekend of August 12 and 13, drawn by entertainment and inspired by pride across the generations of Filipinos in the San Francisco Bay Area.

This year’s Pistahan 2017 theme is Pride and Progress in SOMA Pilipinas. It is one of the key events in the year-old officially designated Filipino heritage district.

A key component of the festival is the Pistahan Parade, taking place on Saturday, August 12, 2017. Opening is at 10:00 a.m. with the Ribbon Cutting Ceremony at the San Francisco Civic Center.

The parade will proceed along Market Street towards 4th Street. Ever-growing through the years, the parade has now become one of San Francisco’s traditions, with the sound of music from marching bands and visual feasts from diverse Filipino dances to the many colorful and fun floats.

Among those featured at the parade will be an authentic jeepney from Washington state, a brigade of Star Wars storm troopers and a Human Philippine Flag contingent consisting of Filipino American college students representing the next generation of cultural torchbearers and community leaders.

On the sports side, SF Giants Super Fans gather to form another contingent with Lou Seal as mascot. There will be a stage on Market Street at 5th Street, where parade contingents will do a short performance in front of distinguished judges for an opportunity to win Best Choreography, Best Spirit, Best Overall Contingent.

The Pistahan Parade kicks off the Pistahan weekend, which showcases the diversity of the Filipino American community in the SF Bay Area.

Yerba Buena Gardens will offer festival goers a variety of fun and interesting activities, from world-class performances at the Main Stage, including contemporary and traditional Filipino dances, talented singers. Filipino cuisine and interesting products will be offered by participating vendors. 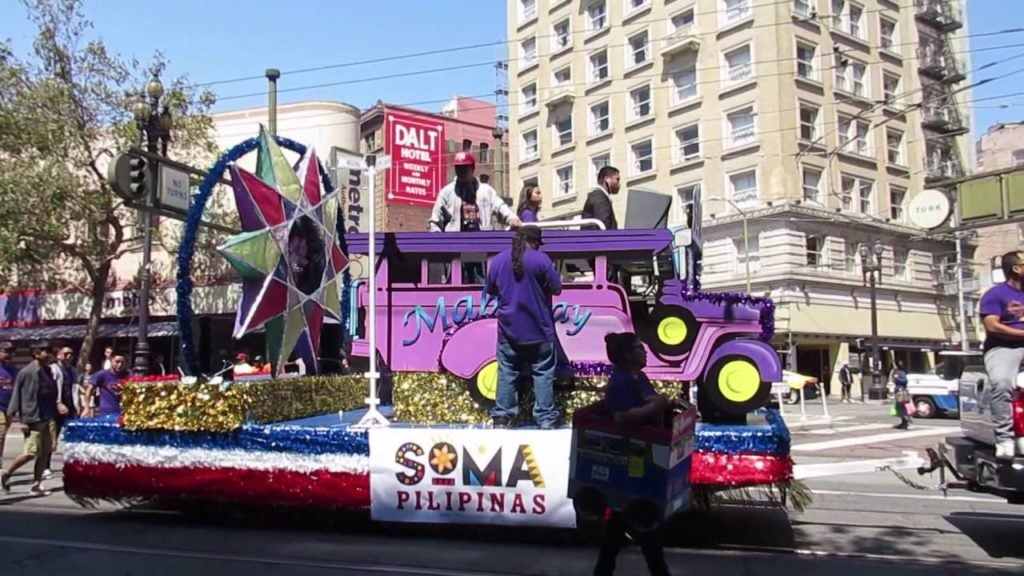 “Philippine Caravan” includes exhibitors coming all the way from the Philippines to showcase a variety of uniquely Pinoy food items, snacks and goodies.

In addition, the festival has organized seven interactive pavilions, which are sure to attract the diverse tastes and interests: Art; Culinary; Dance; Health; Innovation; Leadership; Sports.

Al Perez, FAAE President says, “I am so proud to be a part of the Pistahan because it is a true embodiment of the Filipino bayanihan spirit. The whole event is organized by an all-volunteer group of amazing, dedicated individuals who are passionate about preserving and sharing our heritage and traditions. I would like to invite everyone to come out and check out the Pistahan Parade along Market Street and celebrate our Pinoy Pride!”

An international Celebration of Filipino Culture

11:00 am – The Pistahan Parade begins at the San Francisco Civic Center and will continue along Market Street towards 4th Street, then disembarks at Mission Street.