SAN FRANCISCO — Now more than ever undocumented immigrants, including Filipinos, are feeling the heat after Donald Trump’s election as the 45th United States President.

Trump during his campaign made very controversial statements against immigrants. He lashed out especially at undocumented immigrants and threatened to have them deported if he was elected. He also claimed that Filipinos come from a country that hosted terrorist groups. 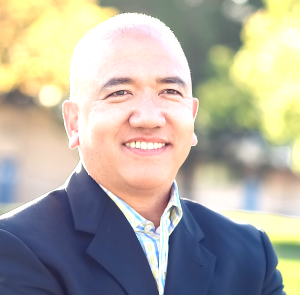 San Francisco-based Fil-Am immigration lawyer Johnson Lazaro disclosed that his Filipino clients were both emotional and desperate after Trump won the election.

“Our phone was ringing off the hook. It was pandemonium. We serve many immigrants in our community, and many were downright frightened. We even got emails and calls from out-of-state communities as far east as Florida and New York,” Lazaro recalled.

“The questions were persistent: Should I leave the country now, before they come and get me? Should I go into hiding? What will happen to my children, or to my elderly parents? Will they come to arrest me? Is there anything we can do right now? Should we sell our house? Do we have any legal recourse? Can you defend us, and what will it cost?”

”One Saturday, I met with more than 25 clients in half a day, the majority of whom were Hispanics, and some are Filipinos, greatly alarmed and confused on what immigration options that are still available to them,” shared Valera.

Newly-reelected Filipino American State Assemblymember Rob Bonta, in a Facebook message, stated, “I ain’t gonna lie: This one (Trump’s victory) really hurts. But let’s turn that pain into action. Now more than ever, we must continue to push and lead in California. We must unapologetically and boldly double down on our efforts to create an America where immigrants are valued and treated with dignity and respect, among others.” 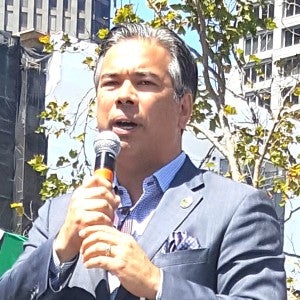 Washington DC-based non-partisan think-tank PEW Research Center reported that there were 11.1 million unauthorized immigrants in the U.S. in 2014, accounting for 3.5 percent of the nation’s population.

Of that number PEW estimates that 180,000 are Filipinos. Other reports estimate up to 500,000 undocumented Filipinos.

Despite the gloomy prospects for immigration reform, Bonta hailed Californians’ belief in equality, opportunity, inclusion and justice for all and “electing leaders throughout the state who will boldly step in to the future and drive change animated by equity, rather than step backwards into the past of exclusion, hate, fear and xenophobia.” 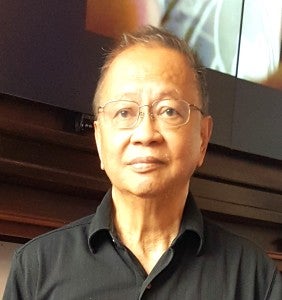 “He categorically mentioned during his campaign that there will be no amnesty or any type of immigration reform for undocumented immigrants. He is clearly prejudiced against immigrants, people of color, minorities and women. That he recently stated he is president for all does not change who he really is. I am not optimistic that he will change his views on immigrants. But if he does, then that will be an answered prayer,” Tancinco stated.

“With an anti-immigrant Trump presidency together with a Republican controlled Congress and Supreme Court, I don’t see any inclination by Trump towards humanitarian measures for the undocumented — even for those who came here as children and those with US citizen children,” lamented Laguatan.

Valera was relatively optimistic. “(Trump’s) call to deport and remove more than 11 million undocumented immigrants is not only inhuman but very unrealistic.  Doing so will be unprecedented in our history and it will cost our government billions of dollars to remove the undocumented while securing our borders with the promised wall,” Varela emphasized.

“The ludicrous declaration by Donald Trump that he would create a ‘deportation force’ to raid and hunt down (the undocumented) is simply outrageous and dangerous,” said Lazaro.  “What’s needed is a humane compromise that allows immigration integration even if the road to US Citizenship remains challenging.”

Independent immigration reform advocate Irwin Gonzales of Daly City said Trump “wants to do is reinstate a new vetting system that will define if someone is of ‘American quality.’ The problem with that is what standard are you going to use to determine if someone is “American enough”?

Laguatan sees protest rallies against Trump policies as necessary. “More than half of voters voted for Hillary who won the popular vote,” stressed Laguatan. “Hopefully, these mass rallies can temper Trump’s excesses.”

Tancinco underscored that the first amendment constitutional right to free expression is guaranteed, so Filipinos are free to join peaceful street protests.

However, she suggested that the undocumented should limit their political activities as they are considered vulnerable at this point.

“For the undocumented, I’d say let us fight this for you until someone more empathetic to your situation comes along. I’m sure that the majority of undocumented immigrants are really here for a better life and are working hard in their own right for it, the last thing you need is to be targeted,” Gonzales cautioned.

“We need also to warn our immigrant community to consult only licensed U.S. immigration attorneys and respectable non-governmental organizations to help them navigate the complex immigration options available. Notary Publics and so called Immigration Consultants are not authorized to give legal advice,” warned Valera. 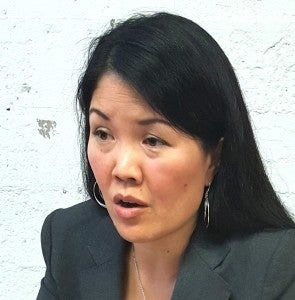 Sally Kinoshita of Immigrant Legal Resource Center reminded that the Deferred Action for Childhood Arrivals (DACA) remains in effect as Trump won’t be president until January 20, 2017.

Kinoshita noted, however, that it won’t be advisable for people to apply for the first time for DACA as it takes several months for DACA applications to be processed.

“Renewals, which take eight weeks to be processed, would be much less of a risk. Some people are renewing their DACA now while Obama is in office, in order to get a two-year work permit,” Kinoshita informed those concerned.

“Anyone planning to renew DACA now should know that the price for DACA increases to $495 on Dec. 23, 2016. Loans are available through the Mission Asset Fund, Self-Help Federal Credit Union, the Mexican Consulate or local service providers.”

Kinoshita also reminded people should avoid brushes with the law as there is an expected increase in enforcement especially on those with criminal records.

“Something like a DUI or a drug conviction can have permanent immigration consequences,” Kinoshita added. “Those who live in California can get certain felonies reduced to misdemeanors under Prop 47. And I strongly encourage all immigrants to go to a qualified legal services provider to be screened for other forms of immigration relief.”