The son of social activists, Bonta grew up in the middle of the campaign to unionize California farm workers under the leadership of Larry Itliong, Philip Vera Cruz, Cesar Chavez and Dolores Huerta (in photo with lawmaker). CONTRIBUTED

Without cell phones and social media, how would anyone learn about daily occurrences of racial discrimination that could turn deadly in a split second? Someone’s paying attention to this, and he happens to be a Filipino American lawmaker.

Assistant Majority Leader Rob Bonta, one of only two Fil-Ams in the California State Legislature, is pushing legislation to designate as hate crimes 911 calls for police intervention based on the targeted person’s “race, religion, sex, or any other protected class.” The bill would also provide a civil remedy for the target of the calls.

“Racism and discrimination of any form is morally repugnant. California must continue to reassert its commitment to diversity, inclusion, and equity,” Bonta said in announcing the bill.

“But those principles are being undermined by the persistent and, often fatal, presence of systemic and institutionalized racism, personal prejudice, and implicit bias in our society,” he explained. “AB 1550, when amended, will impose serious consequences on those who make 911 calls that are motivated by hate and bigotry; actions that inherently cause harm and pain to others.” 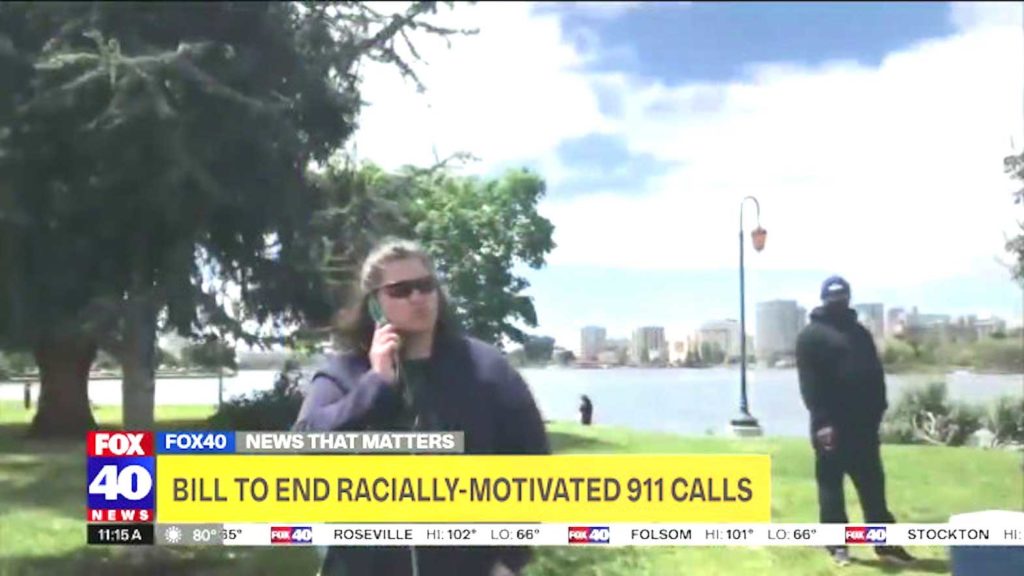 Bonta first introduced Assembly Bill 1550 last year to amend a section of  the Welfare and Institutions Code relating to Medi-Cal. The mental health service-focused bill would authorize a certified crisis stabilization unit to extend services from 24 to 48 hours to psychiatric patients who are at risk of harm to themselves or others, where no inpatient or outpatient care, beds or services are available.  The bill was ordered to inactive file in September at the state Senate by Sen. Steven Bradford.

Announcement of the AB1550 amendment in progress did not include details.

Bonta, a Democrat representing Oakland, Alameda and San Leandro, said the bill could “protect millions of Californians from becoming targets of hate and prevent the weaponization of our law enforcement against communities of color.”

The proposed amendment is among the proactive responses to the Black Lives Matter movement  that has gained massive support in recent weeks.

Monuments of hitherto revered Americans who owned slaves are being toppled.  The statues of Christopher Columbus and Queen Isabella are set to be removed from the California State Capitol for their “deadly impact on Indigenous populations…and are out of place today,” Senate President Pro Tem Toni Atkins, Assembly Speaker Anthony Rendon and Assembly Rules Committee Chair Ken Cooley announced.

By now the slogan “Black Lives Matter” resounds around the world.  But so does the common retort: “All Lives Matter.”

That all lives matter is a given.  And yet the disproportionate number of Blacks dying in the hands of authorities belies the aphorism, according to the international foundation that emerged in 2013 after the acquittal of the neighborhood watch coordinator who fatally shot Florida teen Trayvon Martin.  Martin was visiting his father’s fiancée in a gated community when he was shot dead by Dennis Zimmerman, who claimed self-defense. Martin was unarmed.

“Black Lives Matter Foundation, Inc. is a global organization in the US, UK, and Canada, whose mission is to eradicate white supremacy and build local power to intervene in violence inflicted on Black communities by the state and vigilantes,” the organization explains on its website.

The phrase “black lives matter” does not mean only black lives matter, as it is often misinterpreted.  The motto actually uses ellipsis or skips a two-letter word that emphasizes the sentiment evoked by African American lives lost while in the custody of law enforcement:  Black lives do matter.  But the countless deaths of people from the Black American community demand the declarative because perpetrators show little or no respect for those lives.

Most recently Rayshard Brooks was fatally shot in the back trying to flee from Atlanta police officers who had accosted him for sleeping in his car in a parking lot.  Why wouldn’t he try to run away?  Just a couple of weeks prior, George Floyd was killed by a Minneapolis police officer who pressed his knee on Floyd’s neck for over 8 minutes as he begged to breathe.  He had been arrested for allegedly trying to buy cigarettes with counterfeit  $20 bill.

Citizen journalists and police body cams captured the final moments of both men’s lives, unlike the evening encounter between Martin and Zimmerman.

The video of a call by a woman walking her dog at New York’s Central Park bird sanctuary in which she reported hysterically that an “African American man” was threatening her life went viral, showing her call was based on an outright lie.  The man was a birdwatcher who began recording when she refused his request to leash her dog as required at the site.

Why did she find it necessary to state the man’s race? Did she believe the description would hasten police response?

In news writing, race is never mentioned unless it applies to the subject of a search, and even then, usage is sparingly judicious. Reference to suspects in custody do not include race, which stigmatizes minority communities because white defendants are not assigned racial description.

Last week in San Francisco, a white couple began questioning a man who was stenciling “Black Lives Matter” on a wall.  They asked if he lived in the neighborhood, claiming they knew the owner.  The man whose right they impugned happened to be a Filipino American and the owner of what he described as a $10-million property.  Apparently he did not fit the couple’s profile of a Pacific Heights property owner.

The woman, who owns a beauty care company, explained that she was merely being neighborly.  She expressed regret that the man “took it the wrong way.”

Fear and ignorance make people behave irrationally.  The combination of emotions roused by the unfamiliar is called “xenophobia.”  That and the sense of entitlement and superiority make for a potent mix that could turn deadly, as in the killing of Ahmaud Arbery, who was jogging last month in his Brunswick, Georgia, neighborhood.  A father and son spotted him, thought he was a prowler, stalked and shot him.  He was Black; they were not.

From social media, news outlets have posted by now familiar incidents of people grabbing their phones to summon police for activities that might have been innocuous but could have escalated easily to violence for the approach taken by the accuser. 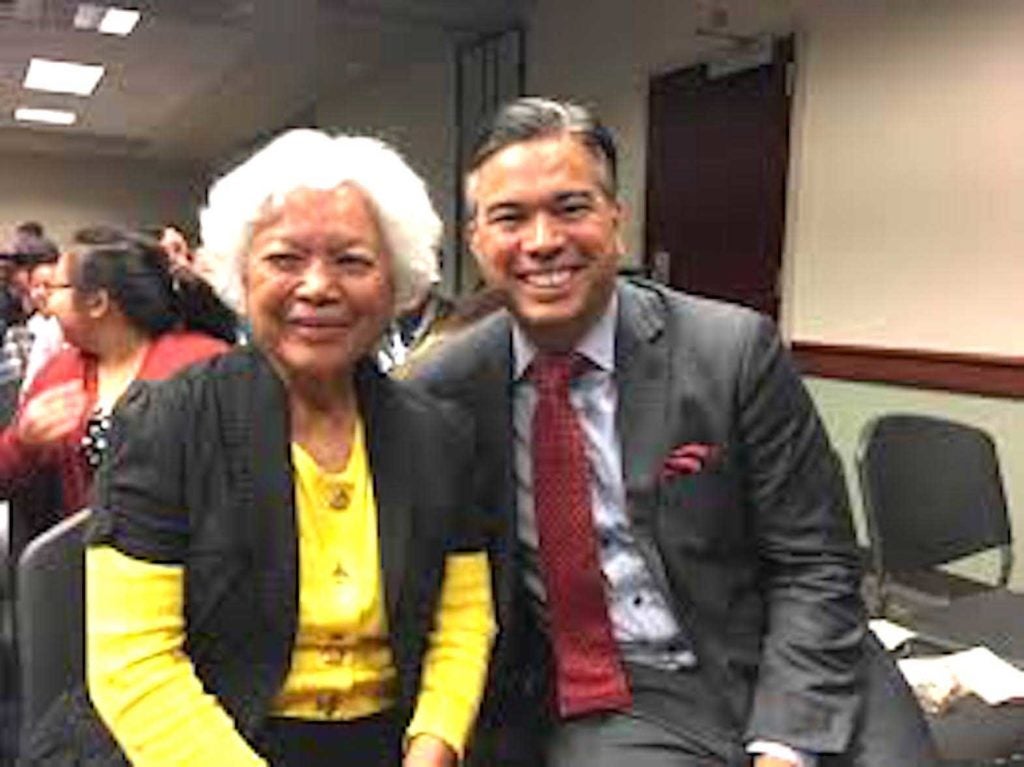 There is the much-viewed 911 call about an 8-year-old girl selling water without a license near the ballpark in San Francisco.  Another summons cops on a family having a barbecue in an area not designated for charcoal barbecues at Lake Merritt in Oakland, Bonta’s jurisdiction.  In both cases, the callers were white women complaining about Blacks.

“The intent of AB 1550 is not to discourage individuals who are facing real danger or who seek to report a crime in good faith from calling 911,” said Bonta, who serves on the Assembly Appropriations, Communications and Conveyance, Governmental Organization and Health committees.

“Racist and discriminatory 911 calls are dangerous, demeaning and demoralizing to the person falsely accused. They further deteriorate community-police relations and contribute to the inaccurate and harmful over-criminalization of black and brown communities.”

To those who would call 911 out of fear or dislike of people of another race or culture, the representative for the Assembly’s 18th District  says, “the real problem is with your own personal prejudice.”  His bill would hold hate-motivated callers legally accountable.