WATCH: We Will Say Their Names

George Floyd, his head pinned to the ground, pleading with the white police officer who calmly and mercilessly kept a knee on his neck … that image, stunning and nauseating, rocked the world.

For many Asian Americans, the gruesome tableau in Minneapolis featured another troubling image: Officer Tou Thao who simply stood guard while his partner essentially tortured Floyd to death, who ignored bystanders who begged him to do something. One of them, another African American, even reached out to him as a brother.

“Bro, he’s not fucking moving,” the unidentified bystander pleaded. “Thao, check his pulse, bro. You call what he’s doing okay? … Thao, you’re gonna let him keep it like that? You gonna let him kill that man in front of you, bro?”

George Floyd’s death has triggered massive protests worldwide. It has also been a disquieting tragedy for many Asian Americans who were revolted, not just by the gruesome killing of a Black man, but also by the Asian policeman who didn’t do anything to stop it.

It was a disturbing scene for a community that has long grappled with being portrayed as passive, submissive, and, in some ways, complicit in the way fellow minorities, particularly African Americans, have been demeaned and humiliated in America.

Asians have been called America’s model minority. They get the top grades in school. They work hard. They don’t cause trouble. They don’t complain. 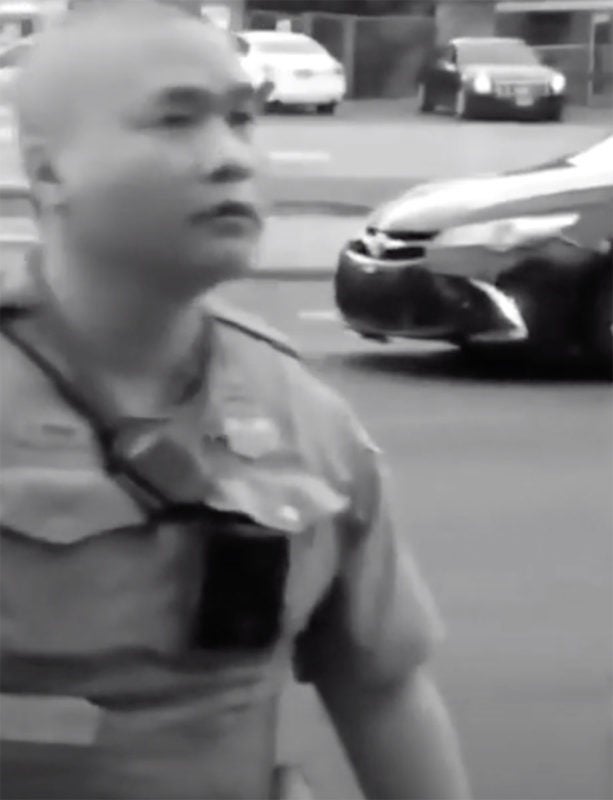 It’s a sneering stereotype that I first encountered when I covered Asian American affairs for the San Francisco Chronicle in the early 1990s.

The battle over affirmative action was then heating up. And it gave rise to an odd alliance: whites and Asians united in denouncing policies aimed at giving more opportunities to disadvantaged Blacks and Latinos as unfair and even illegal.

Many Asian Americans, including fellow Filipinos, bought into that. They embraced arguments that used Asians as some sort of shield, to denounce policies meant to give historically oppressed communities a chance to succeed in education and the workplace. It certainly was an effective argument in communities where anti-black racism is known to thrive.

But other Asians pushed back, rejecting the cynical, divisive view. I met some of them while working on a story for the San Francisco Chronicle in 1993.

“It started with this bizarre model minority thing,” Kathy Imahara, a Japanese American civil rights attorney in Los Angeles told me then, “this image of the white man holding an Asian American up and patting us on the head in this condescending manner and telling other minorities, particularly blacks and Latinos, ‘If you minorities just work as hard as the Asians, then you too will be able to succeed.’”

That divisive tactic is rooted in American history, the legal scholar Frank Wu told me. After the Civil War, newspapers and public officials portrayed immigrant Chinese workers as more obedient and industrious than the newly freed blacks whom they replaced on plantations in the South.

Wu did not want to be used that way.

Mari Matsuda, the Japanese American legal scholar, warned about the dilemma faced by Asian Americans in a speech in San Francisco in 1991: “I want to speak of my fear that Asian Americans are in danger of becoming the racial bourgeoisie. If white, historically, is the top of the racial hierarchy in America, and black, historically, is the bottom, will yellow assume the place of the racial middle?”

The model minority myth is also misleading in a way that hurts Asian communities that are wrestling with poverty. This includes Officer Thao’s own community, the Hmongs, who came to the US from Southeast Asia as refugees after the Vietnam War.

“People have this preconceived notion that if you are Asian American, you must be educated. You must make a lot of money,” Bo Thao-Urabe, a Hmong refugee and an Asian American activist in the Minneapolis area told NPR. “And that is not the experience of this community.”

Just like many of you, I found watching the video of George Floyd’s death excruciating. Some of my Asian American friends felt the same way.

One of them, the Bay Area filmmaker Kerwin Berk, reached out to some of us to put together a video to address that part of the George Floyd video that bugged most of us: the Asian cop who didn’t do anything to try to save him … who simply ignored the people around him who wanted to stop the killing.

“The lack of compassion and callous indifference displayed by police officer Tou Thao in the murder of George Floyd has struck deep into hearts and souls of Asian Americans,” Kerwin says.

The video, “We Will Say Their Names,”  is a small, modest tribute to Floyd and to other African American victims of police violence.

“This group of Asian American artists, actors and filmmakers believe it’s past time to re-assess the role our community has played in the systemic violence against African Americans,” Kerwin continued.

“Thao said ‘I don’t want to have this conversation.’ We do …”