LOS ANGELES — Joanne Ramos had wanted to get serious about writing when she was in her 30s. She said she had always loved writing, but it wasn’t a career that could pay the bills. It wasn’t until she turned 40 that she decided to truly give it a shot.

“I had this stew of ideas that had been nagging at me for decades,” she said on Friday during an Asian Pacific American Heritage Month live stream event hosted by The Astoria Bookshop in Astoria, New York.

The efforts Ramos invested in her commitment to pursuing writing seven years ago culminated in her debut novel, “The Farm,” which was published last year by Random House and became a national bestseller. The paperback version of the book was released on April 28.

“The Farm” is a story set in a luxury child-bearing surrogacy facility called Golden Oaks and is told from the perspective of four women: Jane, an immigrant from the Philippines seeking a better future and one of the surrogates; Mae, executive manager of Golden Oaks; Reagan, a college graduate who becomes a surrogate; and Lisa, a third-time surrogate.

During Friday’s event, which was moderated by Fil-Am TV host Azia Celestino, Ramos shared that the inspiration behind her book was shaped in part by her life growing up – a life where she felt she straddled worlds, she said.

When she was 6 years old, Ramos’ family moved from the Philippines to a small town Wisconsin where there weren’t many Asian residents. Yet she had some family that lived about 30 minutes away who she’d spend her weekends with. She described a “dual existence” where she was teased by classmates on weekdays for being Asian, but felt very much a part of a Filipino community with her family on the weekends.

She continued to straddle worlds – in wealth and entitlement, and the gender divide – when she attended Princeton University on financial aid and worked on Wall Street where there weren’t many women, she said.

Ramos noted that she was raised on the belief that people could succeed in the United States through hard work. It was something her dad deeply believed in, but it was a notion she began questioning in college. “The one thing that pushed me to the story was this questioning of what it means to deserve success in America, meritocracy and just inequality and what that means,” she said.

One pivotal point for Ramos came while she was a mom and a staff writer at The Economist, a job she took after her stint on Wall Street. She received help from nannies who came from the Philippines and the Caribbean who left their kids to take care of other people’s kids, including hers. Ramos eventually befriended a number of domestic workers and baby nurses who frequently showered her with praise for her accomplishments.

“Often, they would say things to me like, ‘Oh you’re so smart. You made it. You’re the American dream.’ And it really made me uncomfortable,” she said. “I met women who work way harder than anyone else I know, and the American dream isn’t working for them. But they hold me up as some combination of it. And I was like no. It’s luck and it’s timing. It’s so many other things.

“Not that I didn’t work hard for my success,” she added. “But there’s so much more that factors into that, that it made me really uncomfortable – because they work so hard – that I am put on a pedestal at all.”

Ramos said she also drew from knowledge she has gained over the years, including stories she has heard of baby nurses renting beds for half a day just to sleep, and a family she knew that trafficked a domestic worker.

While “The Farm” is fiction, it’s filled with fictionalized truths, Ramos said. Building a fictional story based on real world truths allowed her to feel freer to tell the truths she knew and hide behind the fiction, she said. 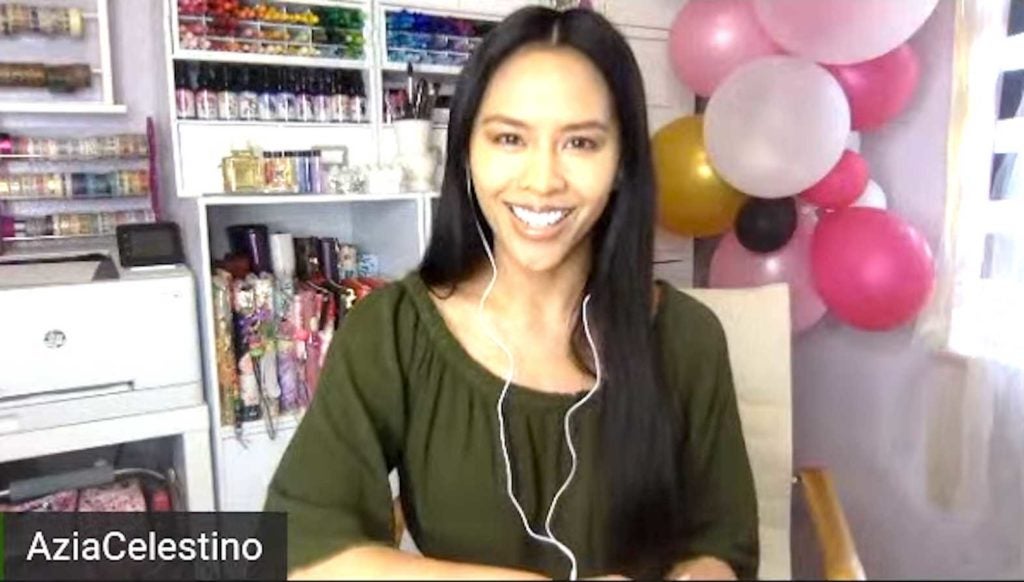 She also noted that none of her characters were based on any specific people, but rather amalgamations of people or composites of multiple individuals.

Ramos said she hopes that people who read her novel during the coronavirus pandemic will not only be entertained, but rattled. She said it’s why she ignored suggestions to give Jane a completely happy ending.

“I actually wanted the reader to leave a little uncomfortable because I think it’s discomfort that makes us question things,” she said. “When we’re happy and cozy, sometimes we don’t.”